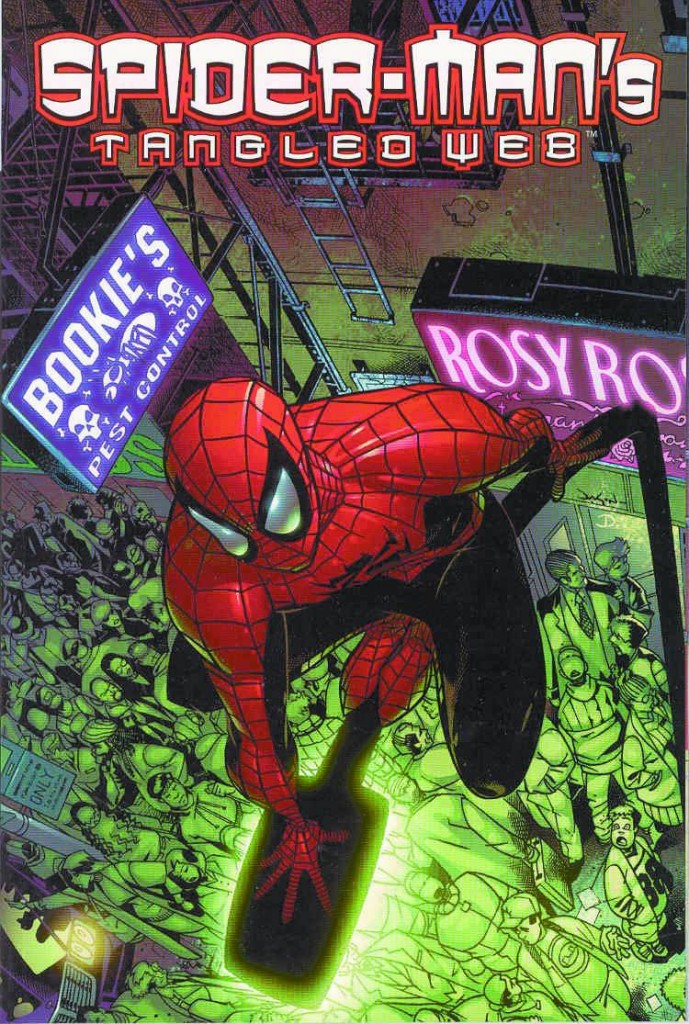 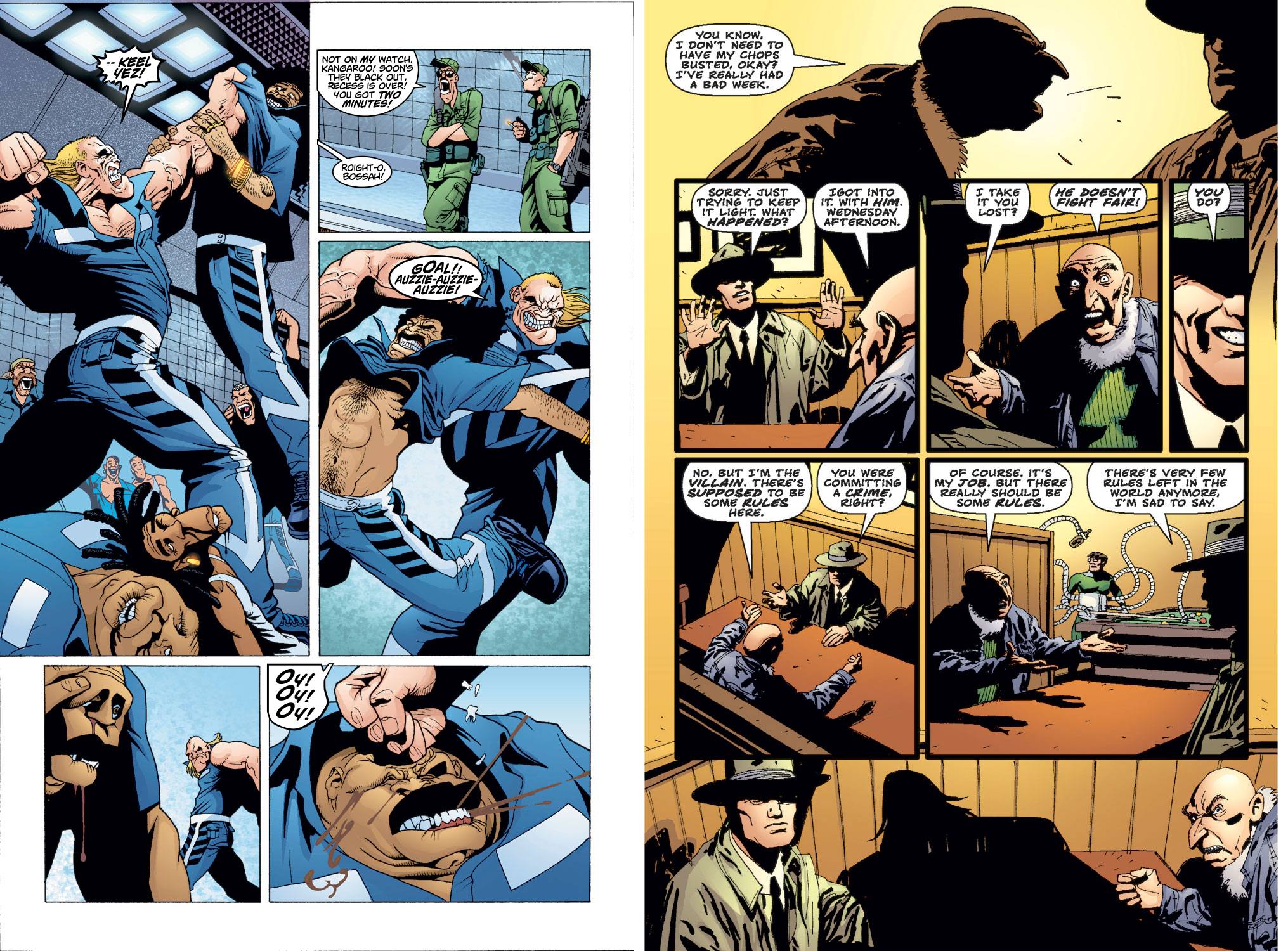 The quality across the board renders this volume the best of the Tangled Web books, and while gathering a consecutive run of comics, whether by accident or design, the progression of mood works extremely well. Starting with comedy, the second story ends on a menacing tone and the mood switches to serious before heading back into comedy territory, although not completely.

The serious stories are those lacking an established Spider-Man foe. Brian Azzarrello and Scott Levy deliver an insight into the small-time wrestling business that appears to have nothing to do with Spider-Man until the conclusion. It tinkers around the edges of a very familiar story before seguing directly into it. The convincing evocation of the wrestling world is the work of Levy, then better known to millions as WWE wrestler Raven. Paul Pope writes and draws his tale of a teenage girl with a Spider-Man fixation to compensate for the miserable family existence she has.

TV writer Ron Zimmerman’s contribution is bar banter between The Vulture, Kraven the Hunter, and one mysterious other. It delivers two brief Spider-Man stories in a well-crafted character piece. Zeb Wells hones in on what high school must be like when you’re the son of Spider-Man’s most ridiculous foe. Sharply observed with first rate dialogue, it would be good as just comedy, but Wells lifts it above by his touching portrayal of teenage isolation and parental bond.

Daniel Way writes the longest contribution, focusing on Tombstone and the difficulties he encounters in jail after his reputation’s been tarnished by suffering a heart attack before arrest. The albino enforcer has always been a completely ruthless bastard, and Way’s portrayal of the Kangaroo, another of Spider-Man’s more ridiculous foes, supplies a credible threat in the right environment.

Leandro Fernández chooses to draw the latter story in an exaggerated cartoon style that’s unlikely to have universal appeal, despite being first rate work. Even those remaining unimpressed will surely appreciate the artistic line-up of Pope, Guiseppe Camuncoli, Duncan Fegredo, and Sean Phillips all on top form.