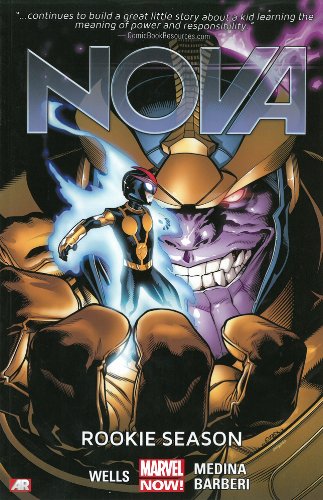 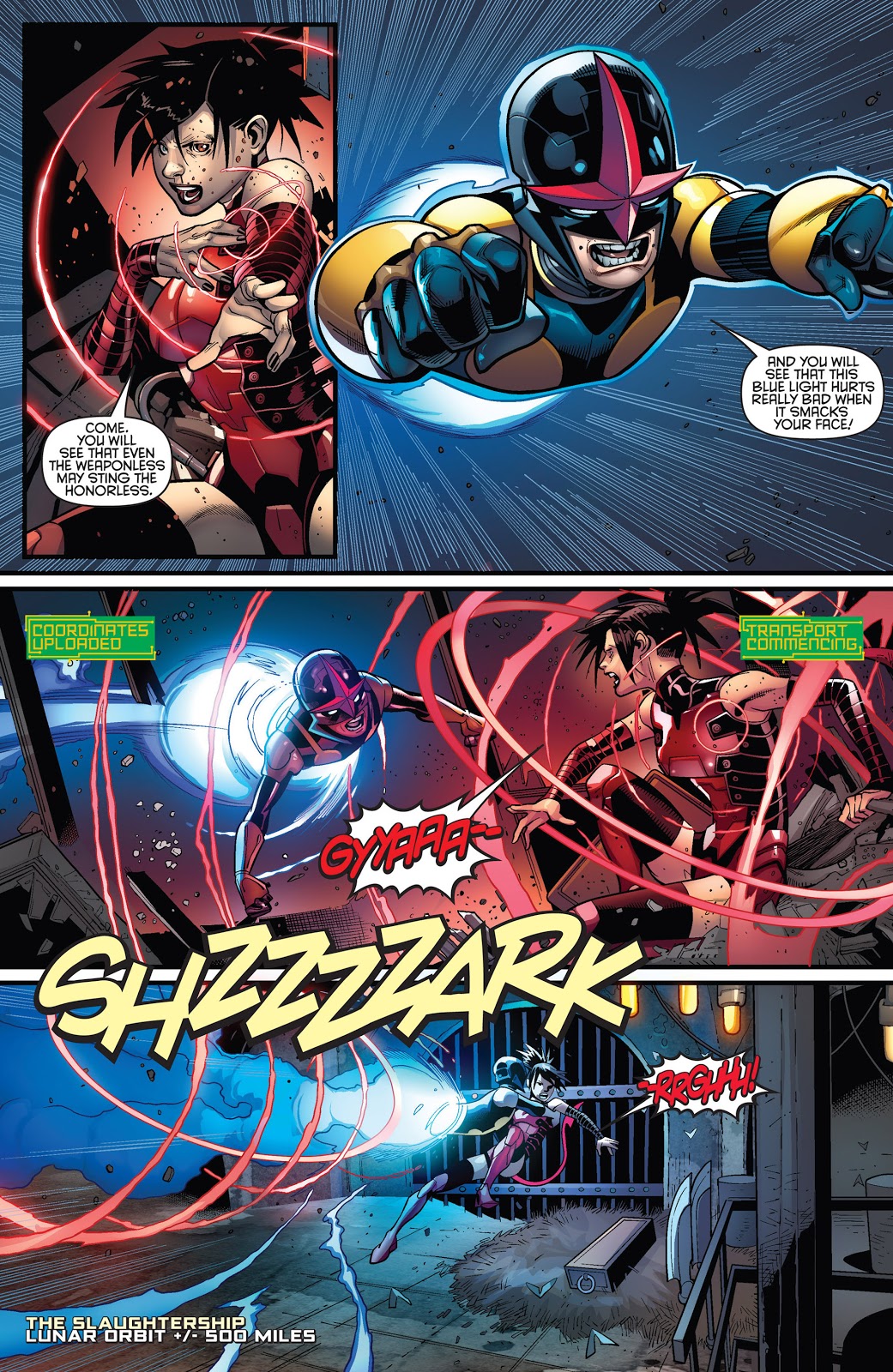 Origin was a well-crafted light superhero story detailing how 15 year old Sam Alexander became the last of the Nova Corps. In the break between this volume and the previous one Sam was involved in Avengers vs X-Men, and returns home to face a foe as threatening as any he faced then. His mother wants to know where he’s been for the past two weeks.

New writer Zeb Wells plays that joke quite a bit here, but also to good effect, portraying Mrs Alexander as a level-headed influence, and someone who can take in her son’s recent transformation in her stride. Contrast plays a large part in Rookie Season as it lives up to the title. There are contrasts between experience and inexperience, desire and capability, of being grounded and the joy of letting loose in space.

The Nova legacy comes into play, with Sam making the acquaintance of aliens connected with Thanos, although he’s beneath the notice of the big chiselled lump himself, and of Justice and Speedball. They’re touring the country thinking about reforming the New Warriors, and let’s just say this Nova doesn’t see that as the gold standard. Wells pitches them well, being in their late teens and with careers behind them bestowing a sense of responsibility. The continuity obsessed might have problems with cheery Speedball once again, but that’s a better character than his tiresome Penance period. Wells also builds on the first volume’s odd pairing with the Watcher.

Paco Medina draws most of the book in his solid and appealing superhero style, with Carlo Barberi and David Lopez filling in for the last chapters. Medina’s back for volume three, Nova Corpse.