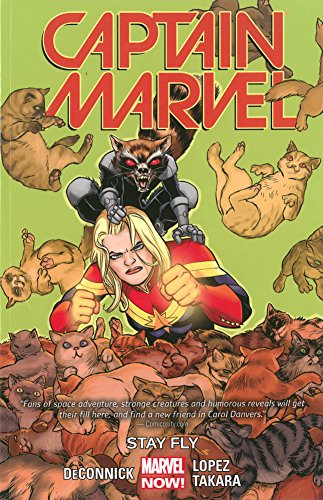 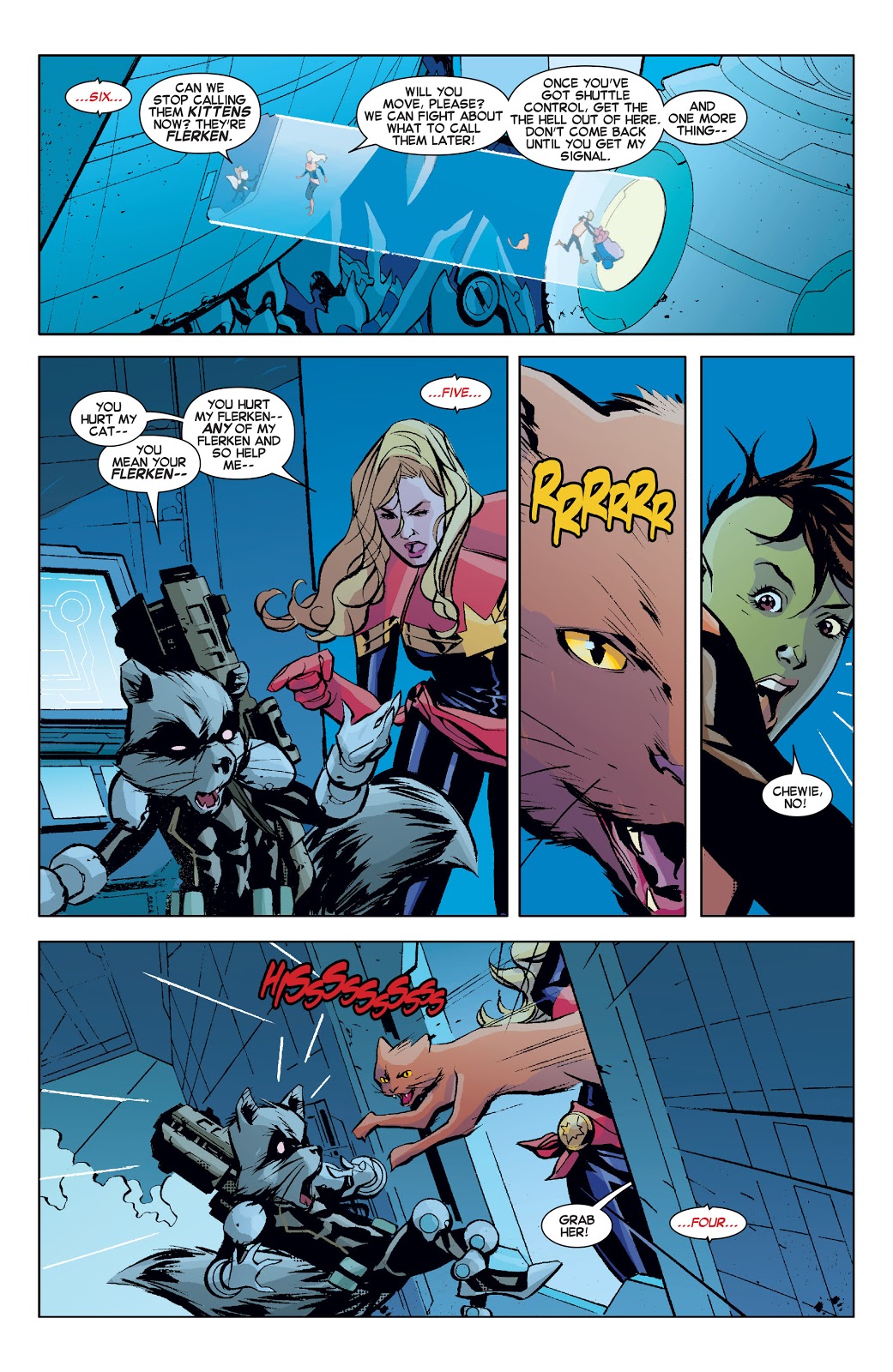 After a serious space epic in Higher, Faster, Further, More, the second volume of Kelly Sue DeConnick’s Captain Marvel in space series, has rather more light-hearted content. In the opening story, Carol’s cat springs a surprise, and she then encounters mutant rock star Lila Cheney and accompanies her on a visit to a strange planet of New Romantics who talk in rhyme. A story that celebrates Carol’s 100th appearance in a solo comic features a report from Earth in which her old supporting cast deal with a threat from her enemy Grace Valentine, and she then briefly returns to Earth herself in a Christmas tale.

There might be some initial disappointment here, when for the first story Marcio Takara takes over art duties, raising the spectre of the rotating and unsuitable artists that marred DeConnick’s first series of Captain Marvel. This fear proves to be unfounded. Takara is different from Lopez, with a less realistic line, but he’s still clear and conveys the story well, with moments of cartooning that are appropriately deployed. Lopez returns for the second story, with Takara then handling some pages in the anniversary tale. All of this is enhanced by Lee Loughridge’s colours.

DeConnick’s scripting continues to be warm, and delivered with genuine affection for her characters. She has found an authentic-sounding voice for Carol Danvers, the characterisation of the alien girl Tic is well developed and the return of the previous supporting cast in the anniversary story is welcome. This continues to be strong superhero-in-space writing, and can now also be found as part of Captain Marvel: Earth’s Mightiest Hero volume three.