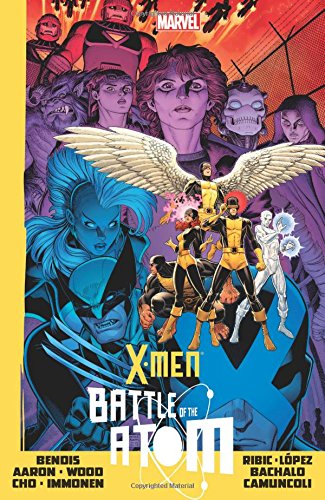 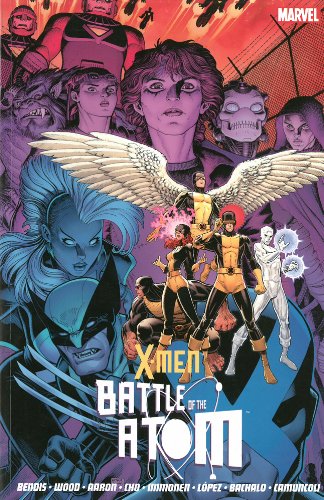 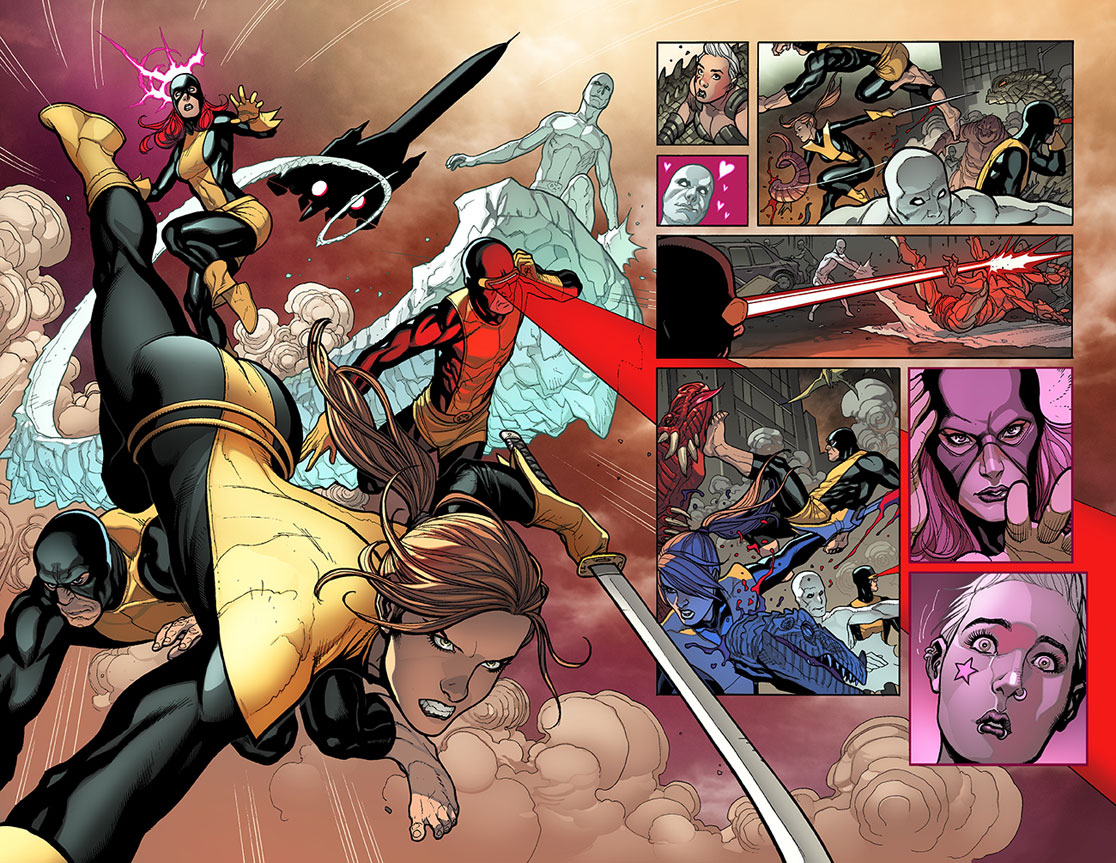 The earliest incarnation of the X-Men have been brought to their future, the narrative present, and are finding it’s not at all they might have expected. This occurred in 2012 version of All-New X-Men written by Brian Michael Bendis. There was a purpose to their travelling forward in time, but when one of them here suffers a near fatal experience a decision is made that they must return to their own era. At that point another bunch of X-Men manifest from the future, so in some cases – Beast, Iceman – we have three versions of the same character in circulation, and plenty more are duplicated.

Some of the original X-Men aren’t to keen to return to fates they’ve already learned about, but the X-Men from the future bat away all questions about the significance of their presence with a repeated “it is not in your interests to know”. As if that isn’t going to provoke. It’s a weakness of the plot that this is consistently used, without any revelation forthcoming over ten chapters.

Of course much else occurs in those chapters as numerous X-Men of past, present and future trip through time zones until the conclusion, the aftermath of which occurs in All-Different, at least for those X-Men time displaced from the past. Yes, much occurs, courtesy of various writers and artists, but not enough to account for ten chapters plus associated phone game. On the other hand, unlike many other Marvel events, pretty well everything required to understand the entire picture is presented within these two covers, and Battle of the Atom isn’t a bad story, just a padded one.

For some there may be compensation with a fair few pages of spectacular art, in particular from the consistently improving David López and from Chris Bachalo.