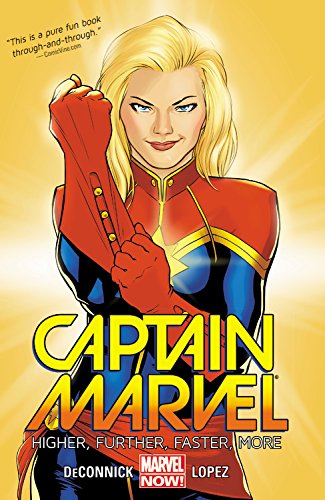 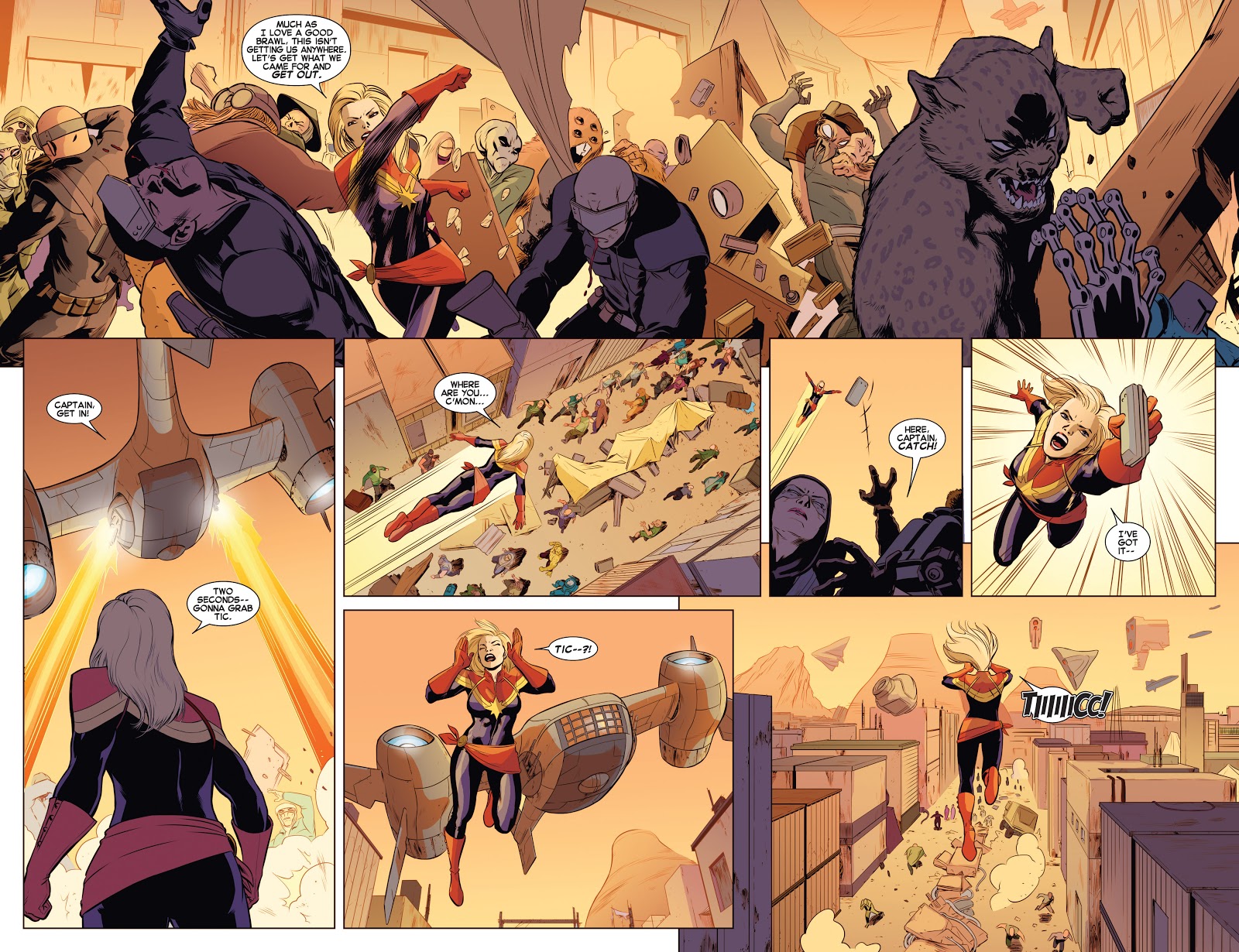 For reasons that make sense to Marvel’s marketing department, if to no-one else, Marvel in the twenty-first century likes relaunching their series every year or two. If a Marvel title reaches 30 issues these days, it’s an unusual achievement. In 2014 Kelly Sue DeConnick’s Captain Marvel was relaunched for no particular reason and this collection gathers the first story arc.

DeConnick takes the opportunity to send Carol Danvers’ adventures off in a new direction. She has been separated from many of her memories, as detailed in Avengers: The Enemy Within, and takes up Iron Man’s suggestion that she set off into space to provide the Avengers with an offworld presence. Carol is a good choice for Avenger-in-space as her origin places her amongst Marvel’s cosmic crew.

The change of setting does, of course, mean that most of the supporting cast DeConnick built up in the previous run (and to which she adds James Rhodes, the Iron Patriot, as a new love interest for Carol) are removed from consideration. Here they only appear briefly, though there is a delightful origin tale presented as if drawn by Carol’s young protégé Kit. Instead a new cast of non-humans is assembled for the first story, a tale of strange shenanigans with the Spartax empire, Haffenseye smugglers and a planet called Torfa where everyone seems to be falling ill. It’s all connected with the fallout from the war with the Builders covered in the Infinity crossover event. It’s good, solid space adventure, and DeConnick’s gift for warm, funny dialogue is constantly on display. It’s also accessible to neophytes, as the space setting allows the plot to go places underburdened by Marvel continuity.

One opportunity provided by the relaunch was a big change for the artwork, and DeConnick’s Captain Marvel finally has an artist who is both good and appropriate for the story. David Lopez draws with a lovely clean line well suited to the space setting, though his work can also be cartoonish when needed, and to the degree that is needed. Lee Loughridge colours smoothly to enhance this.

This is the best of DeConnick’s Captain Marvel work, though all volumes of the second run are worth reading and the series continues with Stay Fly. Both are now also available within the bulkier Captain Marvel: Earth’s Mightiest Hero volume three.