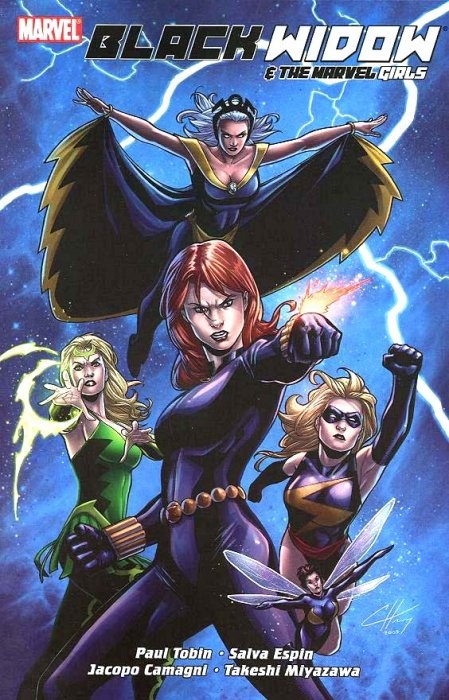 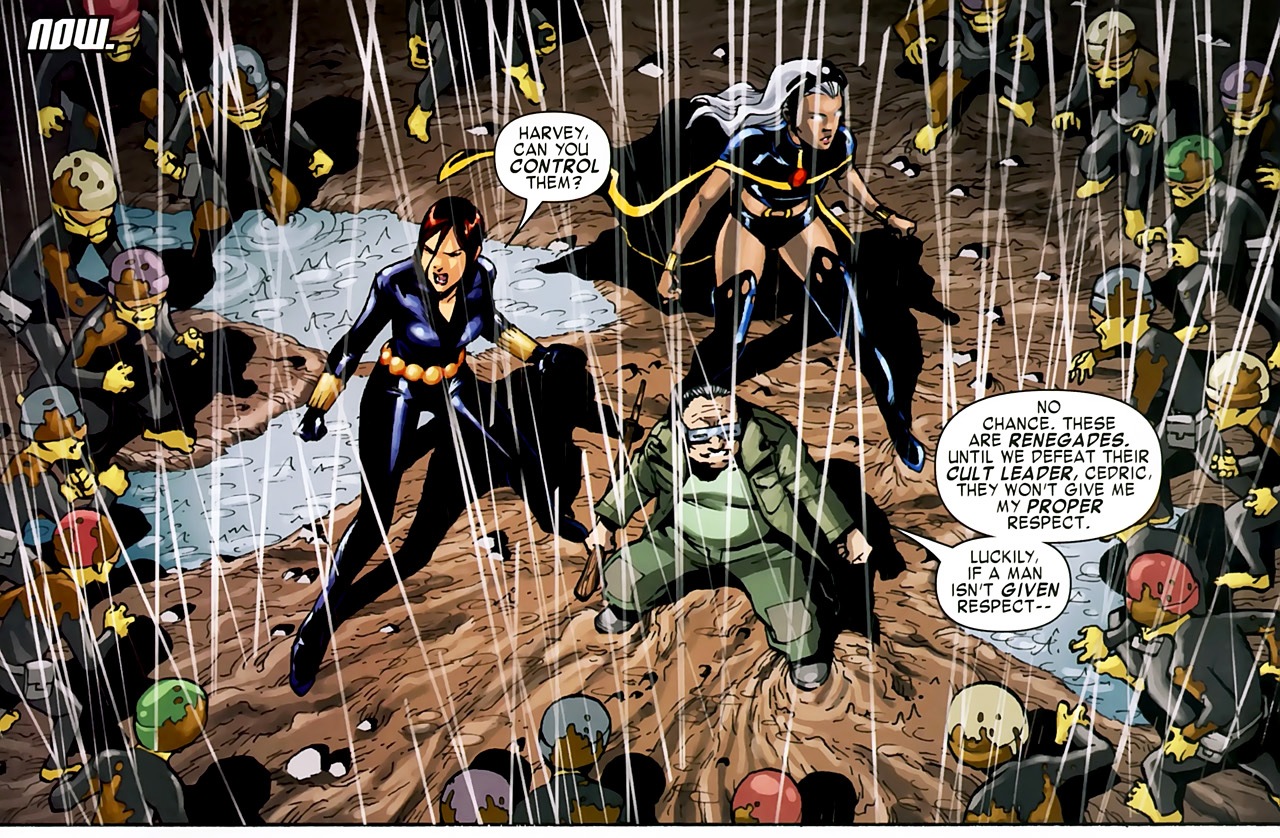 This small (14cm x 23 cm) and slender (120 pages) paperback focusses on Marvel’s best-known spy, the Black Widow, in an annoying semi-digest format, smaller than the comics it reprints, with tiny, barely-legible lettering to those of curmudgeonly age and eyesight. Still, the series was intended for younger readers with more flexible retinas, so they can presumably cope. Blast their eyes.

These four stand-alone chapters, each pair Natasha Romanova, at various points in her long and chequered career, with one or another of Marvel’s super-powered ‘girls’ – or, as we’ve preferred to say since around 1972, ‘women’.  Oddly, none of them are Marvel Girl, which might have semi-worked. Opening with a flashback to Natasha’s early days in the ‘Red Room’ spy-school/death-camp, the bored Enchantress, looking in on Midgard, decides to open Natasha’s potential and tempt her with a taste of freedom before cruelly snatching it away. During a spell as the new girl on the Avengers roster, Natasha is monitored by a suspicious Wasp as a mission goes belly-up in Latveria, leaving the pair behind enemy lines. Ms. Marvel is the Widow’s third dance partner investigating the Red Skull’s sleeper agent in Israel, and finally Black Widow meets the X-Men’s Storm in an adventure involving the Mole Man and a gang of rogue Moloids, his subterranean army.

It’s all competent, but very much by-the-numbers. Paul Tobin, generally a witty and inventive writer, doesn’t seem inspired by the assignment, and only the final Storm/Mole Man segment has anything like his usual degree of charm and fun. The art, too, is lacklustre. Of the three illustrators assigned to the four chapters, only Takeshi Miyazawa bothers with anything more than bog-standard big-eyed ‘younger readers’ fare, and even then there’s minimal effort.

The only question posed by this is… why? Why does it exist? Granted, Natasha needed a series that wasn’t pandering and sexually exploitative, for a change, but this goes too far in the other direction, being for the most part plodding and anodyne.

A cute bonus filling out the skinny volume is a 1970s Spider-Man story written by that bastion of feminism, Stan Lee, and illustrated by John Romita and Jim Mooney. It features the transition from the Black Widow’s dated 1960’s fishnet outfit to the sleeker jumpsuit which has become her main look, and features the immortal line, “Don’t think I’m helpless just because I’m soft and cuddly!”

Ah, they don’t write them like that any more. Aren’t we lucky?