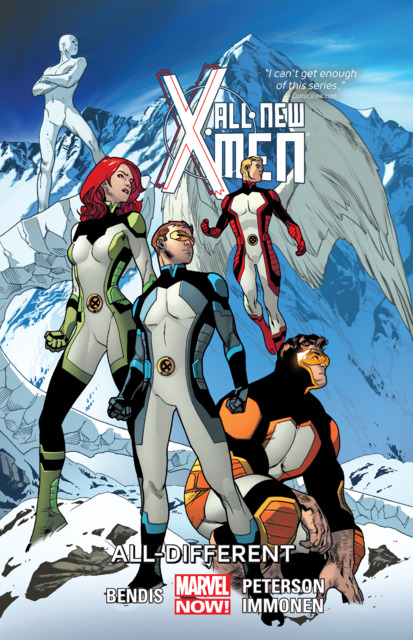 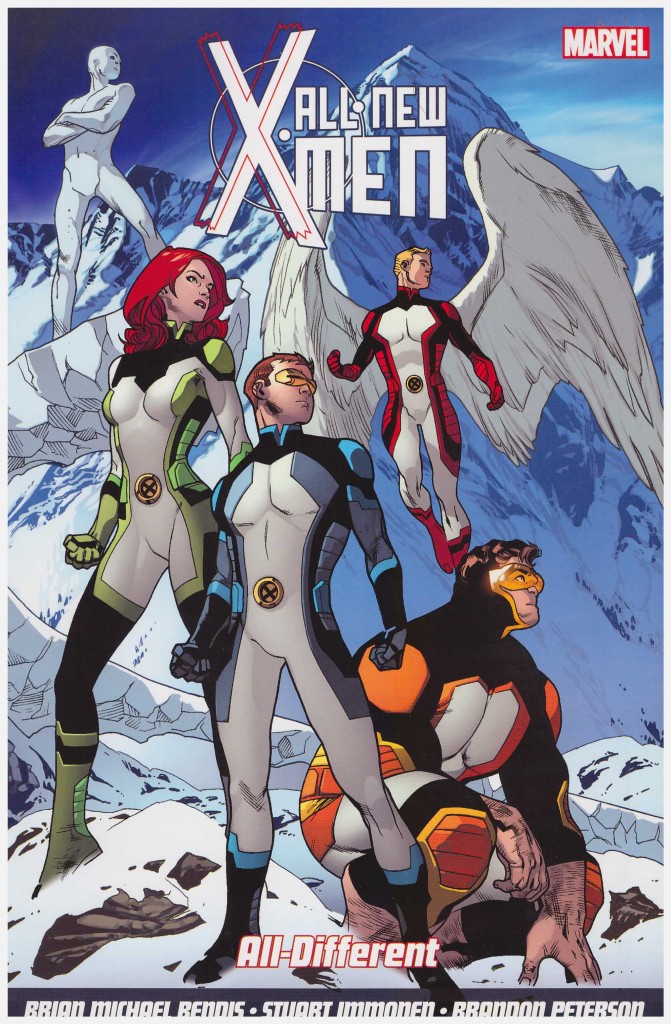 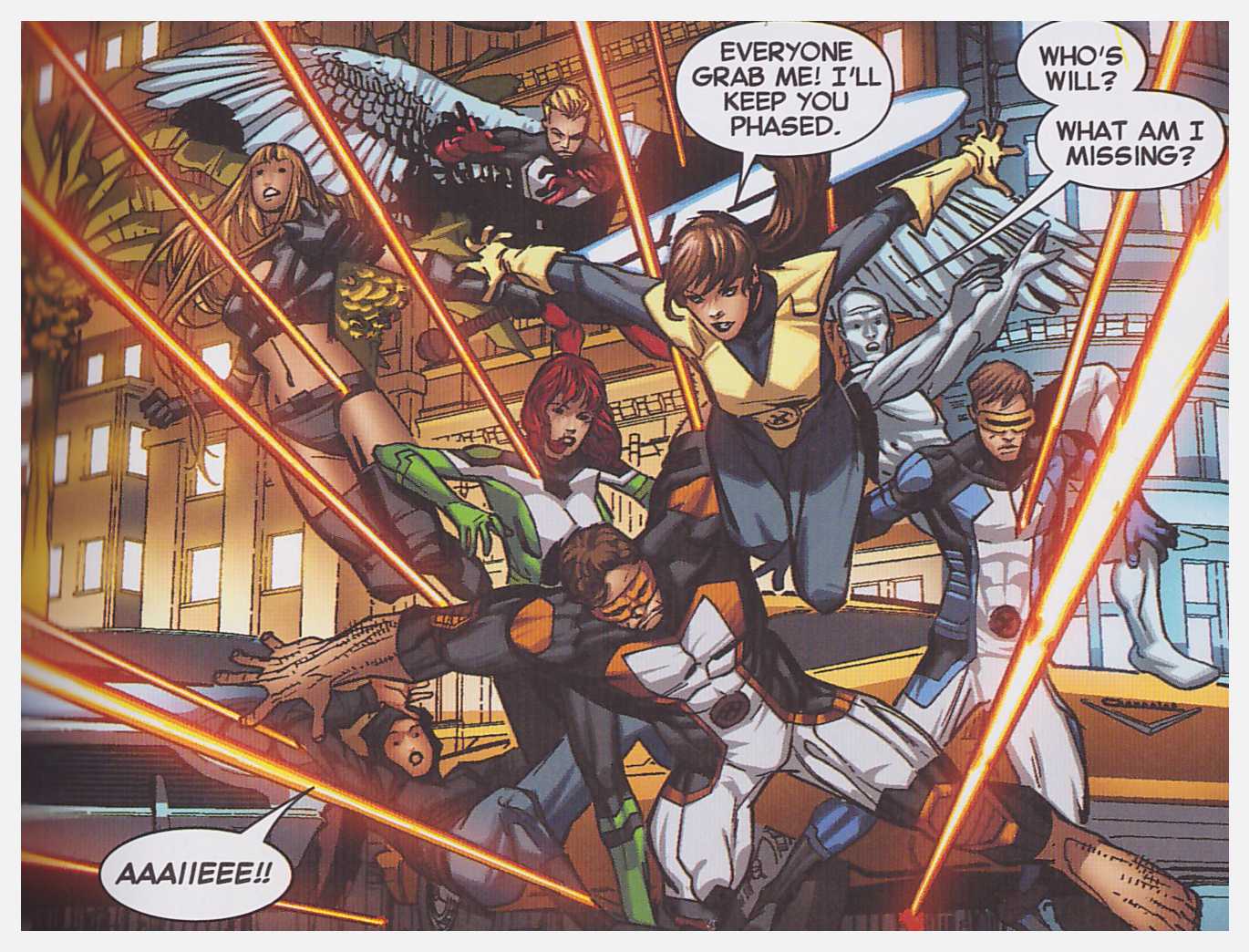 The time-displaced X-Men were at the centre of Battle of the Atom, and revelations there changed their world considerably. A pervading feeling of those at the Jean Grey School of Learning not supporting them in their time of need results in their transferring to the other group of X-Men. These are led by an older Cyclops, who’s taking a more pro-active role in opposing abuse and persecution of mutants. From a sense of loyalty, their professor and trainer Kitty Pryde has transferred with them, ending her relationship with the older Iceman to do so.

A further complication is that it appears no longer possible for the time-displaced X-Men to return to their era. This isn’t quite the bombshell plot device it might have seemed in the days before Battleworld and Secret Wars (2015 variety), so thankfully isn’t anything that impacts greatly here.

The world of 2104 continues to shock and appal the original X-Men, who’d experienced anti-mutant abuse, but not organised persecution as a religion as applied by William Stryker and his acolytes. A new locale delivers new costumes, and X-23 is introduced to the team.

Stuart Immonen is, as ever, very adaptable and on top of the storytelling, as is Brandon Peterson for a single chapter.

This is by and large somewhat slighter material than the three preceding volumes, and there’s a feeling that, clever though it is, when scripting Bendis now occasionally loses sight of the character when enamoured with the dialogue. He does provide a little in-joke for those familiar with the earliest X-Men material in the form of some extensive connected and deliberately over-written thought balloons.

As four chapters would make for a slim package this also includes what was originally released as X-Men Gold, which appears to have been the opportunity for Chris Claremont to insert continuity implants set during the run of X-Men issues he wrote during the 1970s and early 1980s. By far the best written is the briefest at five pages, set when new X-Men are being gathered to rescue the original team. It’s a familiar scene played out from Wolverine’s viewpoint as he assesses his prospective new team-mates analysing how he could defeat them if need be. There’s also Stan Lee scripting a Louise Simonson tale drawn by Walter Simonson about the original X-Men being manipulated by Jean Grey. It may well be the final Marvel story he’ll write, and it’s not among the best.

The continuity of the team next crosses over with the Guardians of the Galaxy in The Trial of Jean Grey.