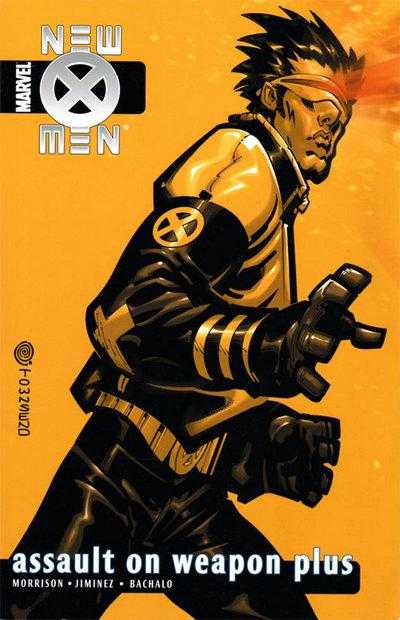 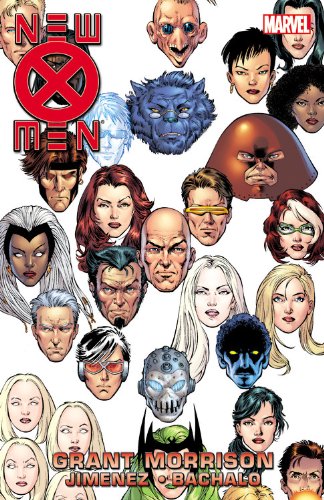 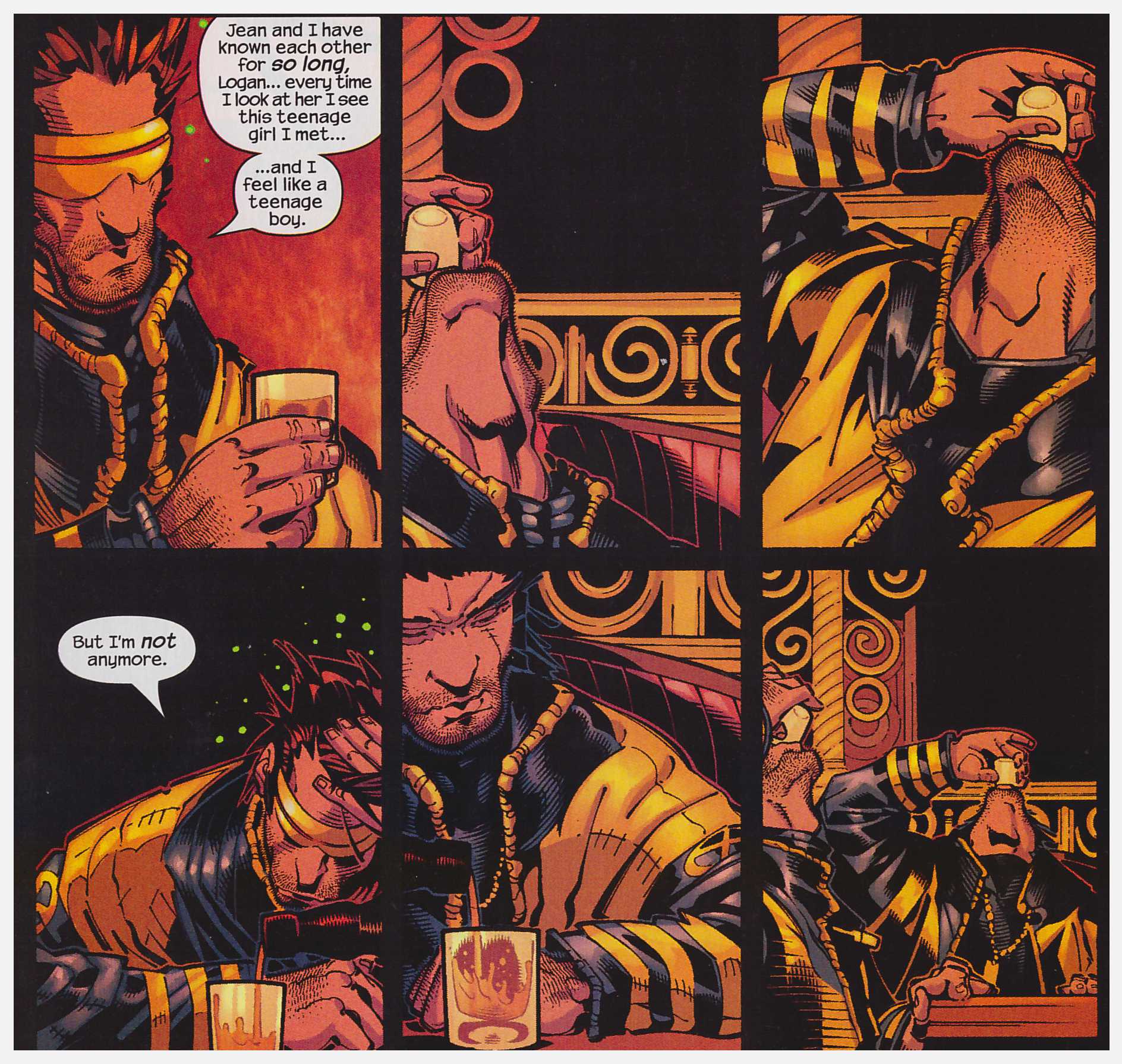 This fifth volume of Grant Morrison’s early 21st century run on the X-Men contains two distinct takes on the mutant team, with the title story preceded by ‘Murder at the Mansion’.

The conclusion to Riot at Xavier’s shocked as intended. Since the earliest days of Marvel Scott Summers and Jean Grey had been a couple. Their relationship survived anti-mutant persecution, death, and revival, yet the arrival of Emma Frost had set the cat among the pigeons. Frost has been particularly well presented as a sardonic eminence grise, subtlely manipulating those around her while her intentions remain concealed. Far from being contrite when confronted by Jean Grey on her pursuit of Scott Summers, Frost refers to the “drab horror of his empty marriage”.

The story title reveals someone is killed, and the remaining two chapters bring in mutant detectives Bishop and Sage to discover who. Motives aren’t in short supply, but Morrison manages to surprise with the revelation, and the entirety is well drawn by Phil Jimenez in his George Pérez-influenced clear and detailed style.

Chris Bachalo’s stylised storytelling and designed layouts are spectacular on the title tale, but a complete contrast. It starts by attempting to solve another mystery that’s not cleared up until the following Planet X, and moves to the Hellfire Club bar before Cyclops, Fantomex and Wolverine take a trip to learn the truth of the latter’s origin.

This is very much a different beast. If anything it’s Morrison attempting to produce something in the later style of Jack Kirby: big ideas about creating life and destroying life, a God-like being, and compressed storytelling coupled with continual action. At one point Fantomex labels their target “a genetic cleansing operation disguised as a comic book fighting team”. Once the story gets going the relentless pace and tension, well conveyed by Bachalo and inker Tim Townsend, ferries the reader to another surprise ending. This, though, is not as satisfying as much of Morrison’s earlier X-Men work. There are a few tasty lines of dialogue, but the tease of learning more about Wolverine isn’t fulfilled, and the action movie aesthetic blots out all else.

Morrison’s entire run on X-Men is available in multiple formats. There’s the oversize hardback Omnibus gathering all Morrison’s X-Men material. ‘Murder at the Mansion’ forms part of New X-Men by Grant Morrison Ultimate Collection, volume two, while the remainder is gathered in volume three along with the following Planet X and Here Comes Tomorrow. As well as this paperback the content is also in the sixth of a series of smaller digest size volumes. 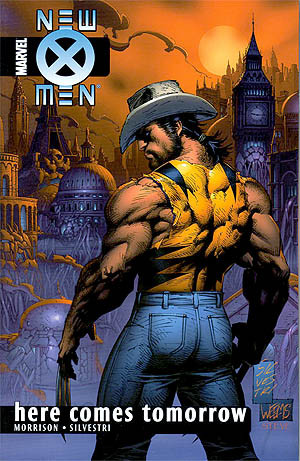