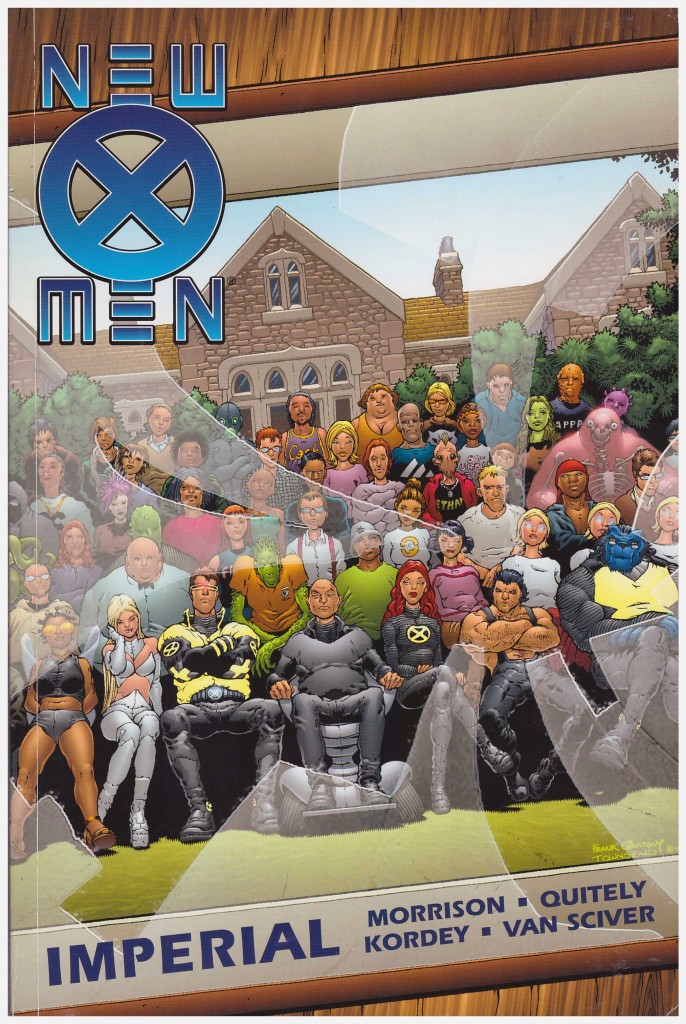 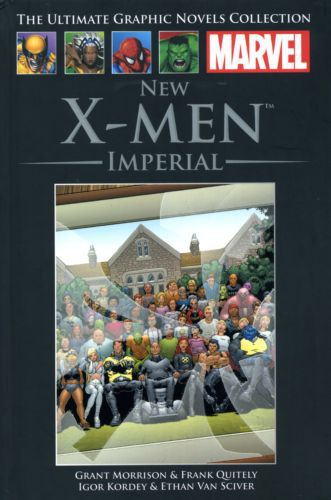 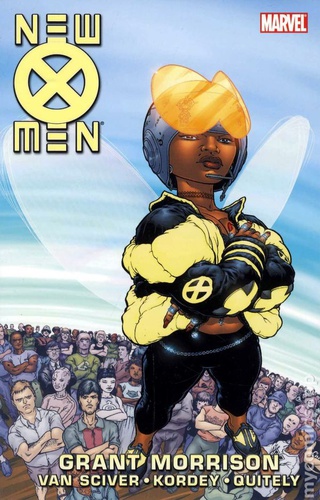 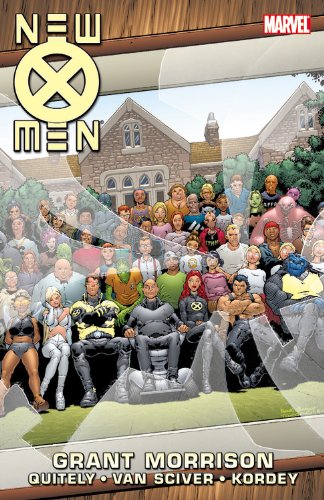 E is for Extinction defined what Grant Morrison would bring to the X-Men, and he broadens his scope here in what’s at a meaty nine chapters the largest collection of his run (if the Omnibus hardback collecting the entirety is discounted).

Morrison opens this volume with his examination of chestnut that’s run through X-Men for years, yet he still manages to bring a fresh perspective to the theme of anti-mutant persecution. This is achieved by a proper focus on children, following their experience through an entire sequence rather than for a panel or two, integrating these victims into his ongoing story. It’s a technique that others have liberally used since, but let it be said that Morrison was there first.

This tale is followed by Morrison’s mindwarp, a wordless story drawn by Frank Quitely in which new layers are added to Professor X, and it’s discovered all might not have been well when he departed to reunite with his old girlfriend. The problem is that she controls half a galaxy, and he’s given unlimited access to, well, everything. The appealing aspect of the remainder is the manner in which possible galactic chaos and destruction is twinned with the exploration of life at Professor Xavier’s School for Gifted Youngsters.

There are so many fine moments within a cohesive whole. How about Jean Grey announcing to an anti-mutant terrorist “The more you annoy me, the more I think about deconstructing you molecule by molecule, memory by memory”, knowing full well she can do exactly that. Morrison adapts unrepentant 1920s serial killer Carl Panzram’s quote for Emma Frost “Sometimes I wish all children had a single neck and I was knotting a rope around it”. The characterisation of Emma Frost as the confident Queen Bitch pre-dated Morrison, but he refined her via some brilliant dialogue. When being asked what to tell the media, her response is “They love jokes dear. How about telling them we’ve just found out all humanity’s doomed within five generations.” While he’s obviously having fun, Morrison has a larger purpose in mind for her character.

The above may appear to depict a bleak, cynical and nihilistic appraoch, but that’s only one aspect (explored more fully in Riot at Xavier’s) of what’s an intelligent, thought-provoking revisionist superhero treat. Morrison takes the widescreen appeal of the then recently released X-Men film and knowingly slaps big moments across his pages.

Unfortunately, only a third of them are drawn by Frank Quitely, the best artist on display here as Ethan Van Sciver had yet to come into his own. Igor Kordey’s work is less welcome. He can draw, but prefers the cramped close-up and crowded scene in preference to permitting a sequence to breathe.

This volume is available as a traditional paperback and split over two digests, and as part of New X-Men by Grant Morrison Ultimate Collection volume one, which also incorporates the previous collection, E is for Extinction. In the UK it’s also part of Hachette’s Ultimate Graphic Novels Collection.