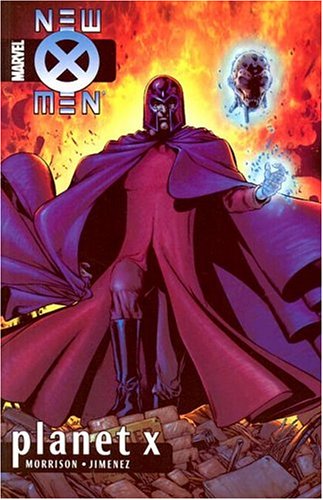 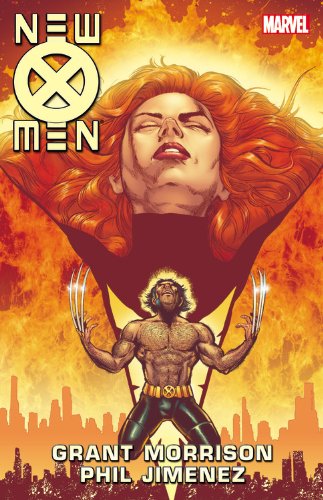 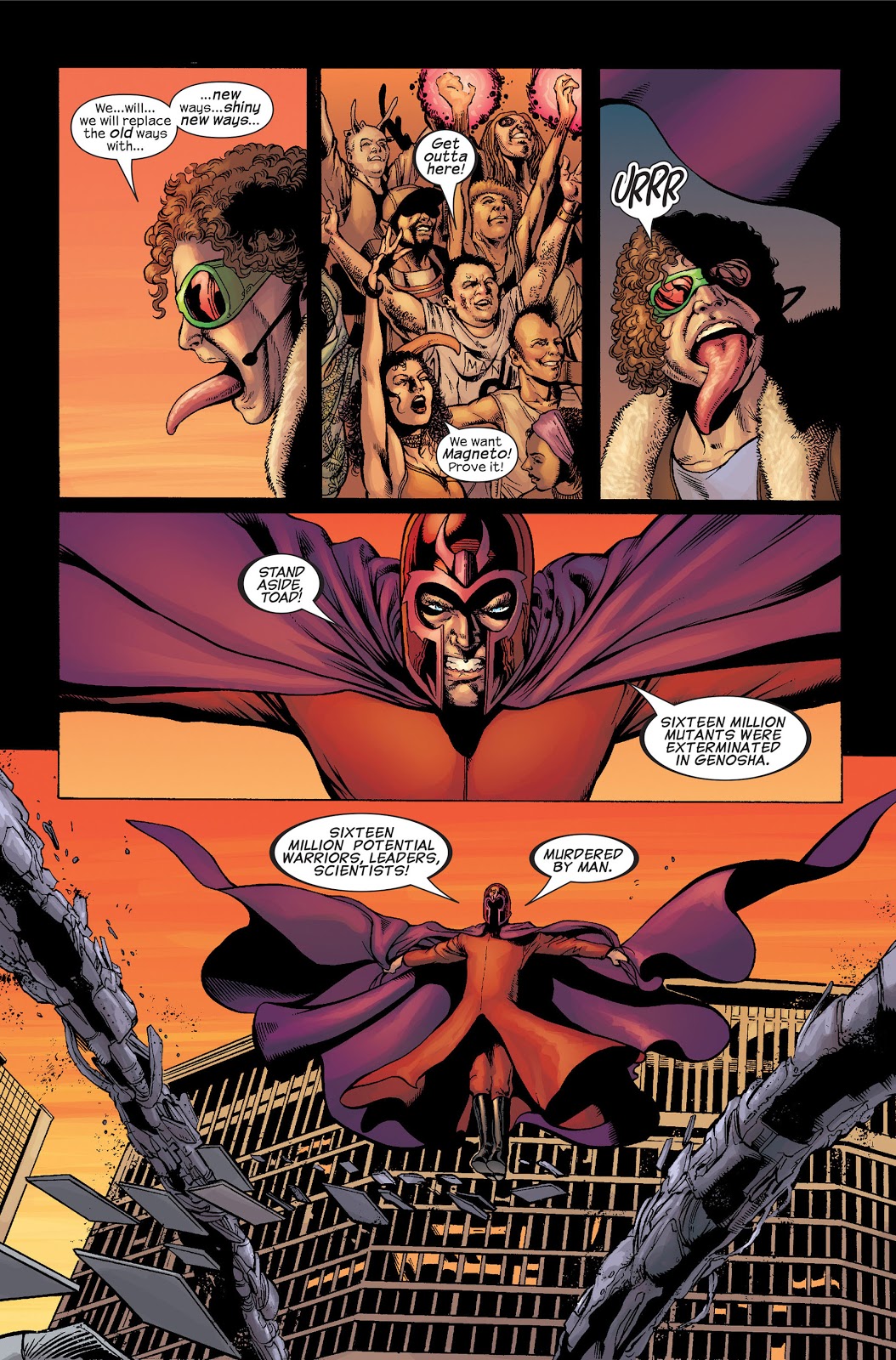 The prominence of Magneto on the cover sparks the realisation that after the modified Sentinels of E is for Extinction, Grant Morrison’s X-Men has been very much a zone free of traditional super-villains. Well, there’s a revelation here contradicting that statement, but the gist of it is true.

Throughout his run Morrison has switched the mood of his stories. The previous Assault on Weapon Plus was the action movie, and Planet X is the nearest they’ve approached familiar X-Men material. This, though, is far from traditional fare as Morrison continues to surprise, first by the manner with which he unleashes the X-Men’s arch-foe and idealistic reversal of Professor X, and ultimately the method by which his downfall is set in motion.

Morrison presents a very clear view of Magneto. This is no wishy-washy “Oh, he might have a point you know” treatment. He’s a bigoted terrorist with an appalling agenda, and while he may beguile more impressionable youngsters, his message of mutant dominance at any cost is ultimately unpalatable.

Always prone to aggrandising proclamations, Morrison feeds Magneto some beauties while at the same time the supporting cast puncture his pomposity. “Unable to fly, unable to burrow or crawl without the aid of mechanical monsters, the human germ threatens all life”, “I wish I could exterminate them all, but one can hardly expect mutants to clean the sewers or carry away the trash.” After another monologue delivered from the top of a skyscraper Magneto asks why the crowd are looking away. “Cuz no-one can see you all the way up here boss”, replies the Toad. At a later stage Magneto is asked by Fantomex “Is everything you say a cliché?”, perhaps Morrison’s comment on the ultimate banality of Magneto’s world conquering agenda.

The art team of Phil Jimenez and Andy Lanning are excellent, whether depicting the re-modelling of New York on a massive scale, desperate scenes in space, or the essential emotions shared by humans and mutants that initiate Magneto’s downfall. The story concludes in death, but is it the end? That’s picked up on in Here Comes Tomorrow, which concludes Morrison’s X-Men tenure.

On publication this proved quite the controversial story, and since the continuity cops have worked overtime with their erasers attempting to re-configure it. Don’t concern yourself with any of that, and accept this as Morrison intended. It works perfectly.

Morrison’s entire run on X-Men is available in multiple formats. There’s the oversize hardback Omnibus gathering all Morrison’s X-Men material, and it can also be found in the third volume of the New X-Men by Grant Morrison Ultimate Collection. As well as this paperback it’s the seventh of the smaller digest size volumes.