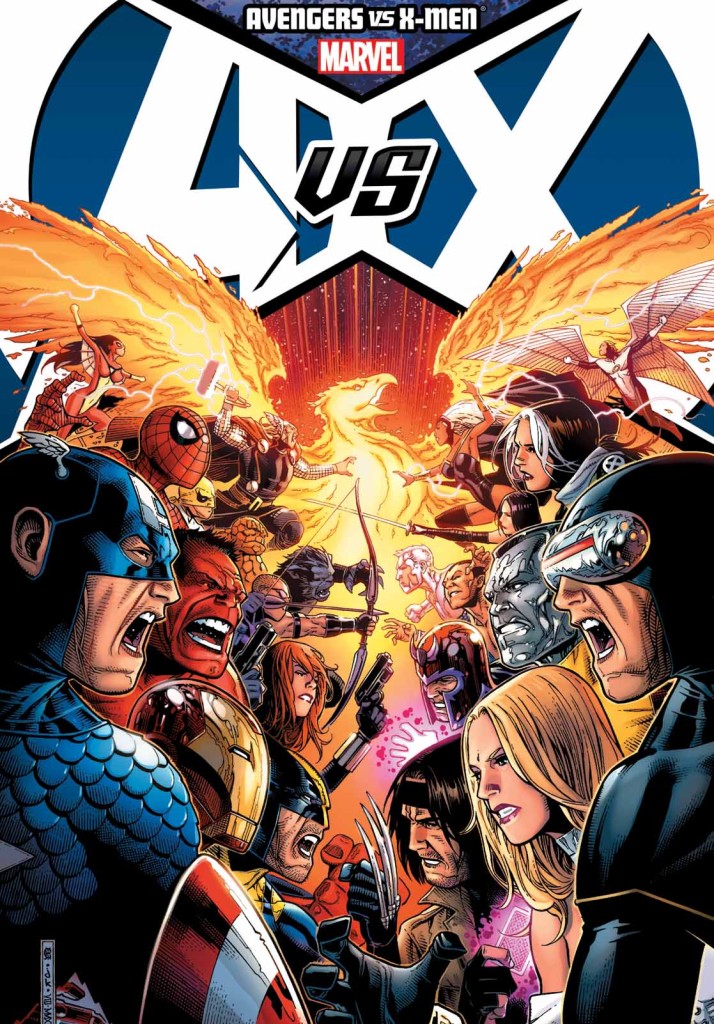 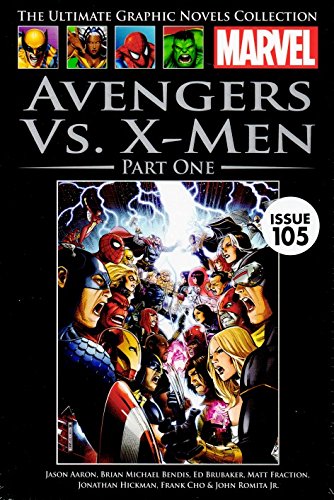 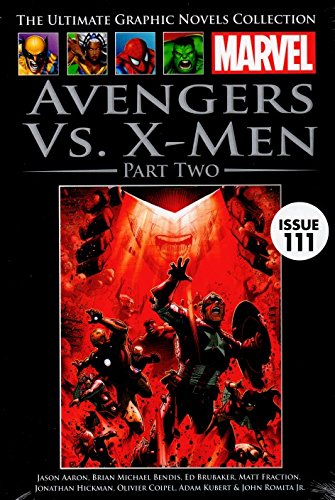 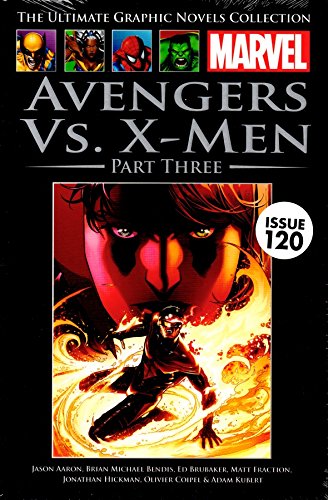 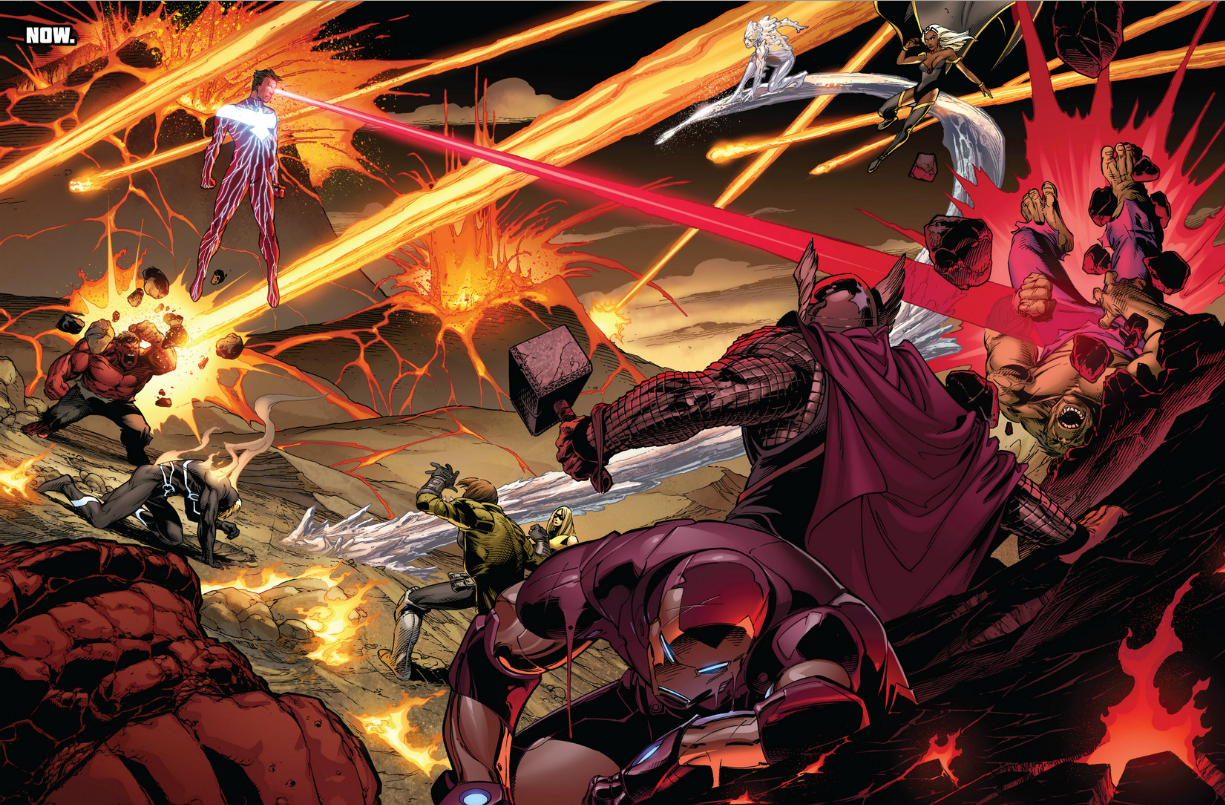 It only takes a few pages for Avengers vs X-Men to impress with the ambitious scope of both story and artwork, echoing the classic Dark Phoenix Saga. It’s established that the Phoenix Force is returning to Earth and Hope Summers, the prophesied mutant messiah, is preparing to be its earthly host. The Avengers have been monitoring the situation with legitimate concern, feeling the Phoenix Force is too dangerous, and must be diverted. When they intervene, a war ensues between the X-Men and The Avengers that each blames the other for starting. The Phoenix Force arrives amidst the chaos, escalating matters as it occupies five other X-Men ill-prepared to host it. From there we have a tale of shifting allegiances and the consequences of power corrupting absolutely.

The art is open, flowing with clean fresh lines, bright colours and regularly makes use of oversized frames spanning two pages. It’s impressively consistent whether the pencils are by John Romita Jr, Olivier Coipel, Adam Kubert or Frank Cho. Characters, especially faces and emotions, remain the focus without evicting big brutal battles and epic landscapes although the artwork of these massive frames can get a little lost in central gutter.

There are some interesting thoughts on the factors instigating wars, basic human emotions, resentful opinions caused by misunderstanding, and arrogance presented here. These, however, are sunk by too many perspectives. So much of the story occurs in tie-ins collected elsewhere that the viewpoints aren’t fully explored in this core title. The complexity is indicated by Marvel’s own reading order, which regularly swerves off mid-chapter to other titles.

The psychological changes that come over the X-Men consumed by the Phoenix Force are chilling. The actions taken during battles also generate a feeling of discomfort, as the contributors convey well how easily the oppressed become heroes and heroes become oppressors.

For all that, there are elements diminishing the story’s effect. Conflict between two groups of heroes doesn’t shock as Civil War ran with that theme in recent memory. And, once again, the dust from one Marvel crisis barely settles before another kicks off. In the 1990s Marvel presented approximately three major storyline events. In the 2000s it was eight over the decade. From 2010 to 2012, AvsX was already the sixth major event. There are many fine moments here, but it also can’t avoid feeling slightly contrived. Largely due to the familiarity of events that occur all too frequently in the Marvel universe.

Place the above reservations aside and AvsX grips and sweeps the reader along from start to finish. It weaves its own story, yet brings House of M and The Dark Phoenix Saga full circle while paying homage to the legacy of those tales.

Along with assorted tie-ins British readers can also pick the story up over three volumes of Hachette’s Ultimate Graphic Novel Collection.