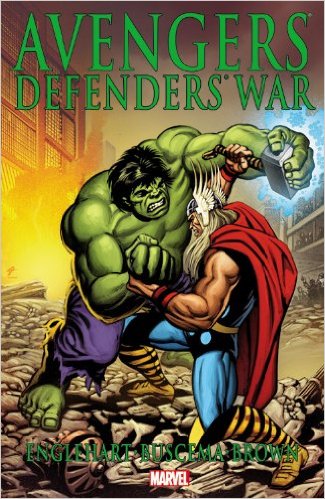 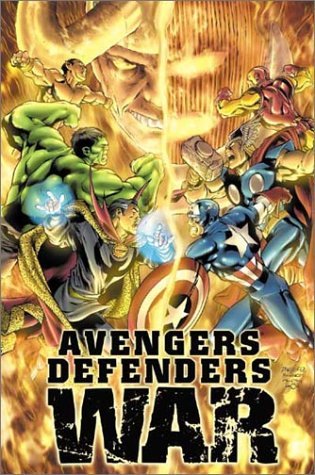 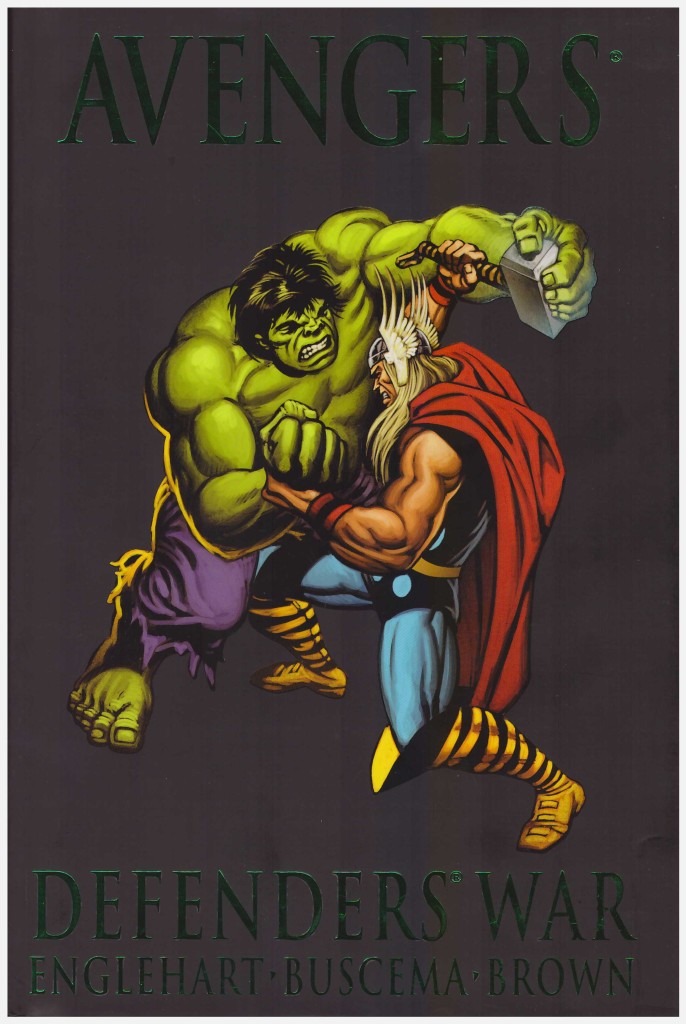 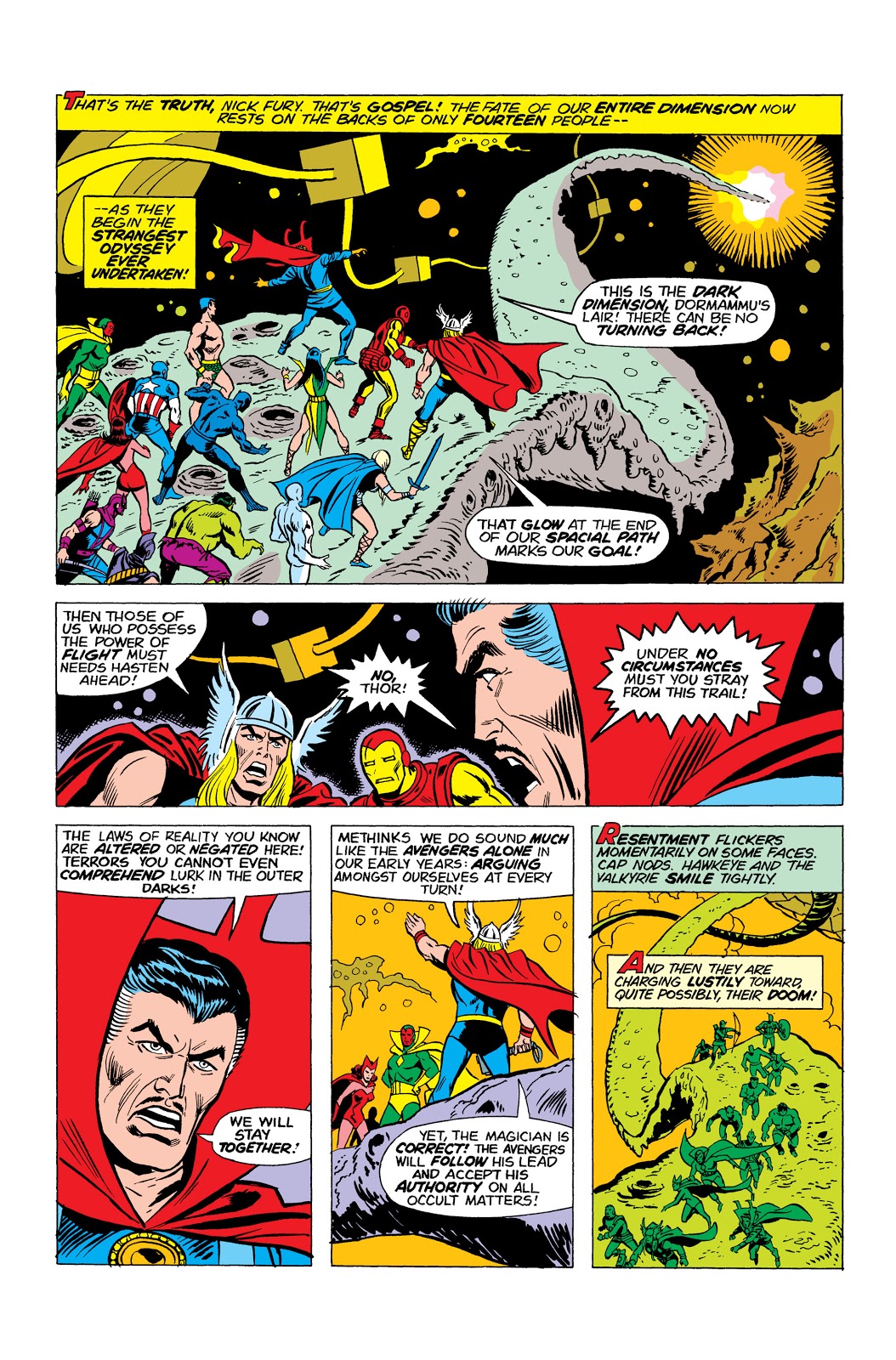 In terms of superhero comics at least, the Avengers/Defenders war has a significance as the first crossover between Marvel titles running for several issues. Has Steve Englehart ever considered in later years what he’d given birth to when he suggested the idea as a fun event as there were to be no summer annuals in 1973?

He wrote both super-team titles at the time, and deftly manoeuvred Hawkeye from the Avengers to the Defenders to make up their numbers and add some spice to the forthcoming confrontation. An earlier Defenders episode had seen the Black Knight, once an Avenger, transformed to stone, and Doctor Strange believed the power of a mystical device called the Evil Eye could reverse this condition as his spells had failed. Since its last use, segments of the Evil Eye had been scattered around the globe, and would require retrieving.

What Strange doesn’t know, is that he’d been subtly influenced by old foe Dormammu, who wants the Evil Eye for his own purposes. He’s allied with Loki, God of Mischief, at the time blind, but Loki doesn’t trust Dormammu’s promise that the eye will be used to restore his sight, and so approaches the Avengers. He persuades them that the Defenders will wreak havoc with the eye, and so must be stopped.

Englehart’s convincing set-up pits the teams against each other, so whenever one of the Defenders arrives where a portion of the Evil Eye is concealed, an Avenger is either in situ or turns up soon after. The backdrops to individual match-ups are well conceived, as are the components. The Silver Surfer and the Vision face each other in a volcano (with the Scarlet Witch conveniently sidelined); one time World War II allies Sub-Mariner and Captain America battle in Japan; former enemies Hawkeye and Iron Man face off, and we have a spectacular Hulk and Thor showdown.

Everything still reads very well, and part of the reason is because Englehart chose interesting locales for the conflicts and threw anomalies into the mix. There’s a leftover Nazi in Bolivia, Japan has a protector and the best section pits the Black Panther and Mantis against Doctor Strange in the cornfields of Indiana. There are some occasional clumsy lapses such as Valkyrie projecting an inexplicable attraction for the Black Knight, and Hawkeye’s resolutely sleazebag 1970s alpha male persona, but these aren’t fatal flaws.

The pencilling is shared between the always solid and reliable Sal Buscema, and Bob Brown, who’s not as accomplished for the finale, but supplies what’s needed until that point. That finale is logically reached, and there’s a coda in which the Black Knight’s problem is the focus. All in all, still very satisfactory.

This Avengers and Defenders clash has been reprinted a number of times. It’s available separately as both paperback and hardback editions, and within Marvel Masterworks: The Avengers volume 12 and Marvel Masterworks: The Defenders volume 2. For those who’d prefer quantity over quality, it’s also available in black and white on pulp paper amid Essential Avengers 5 and Essential Defenders 1. In all cases though, the surrounding material is far poorer.