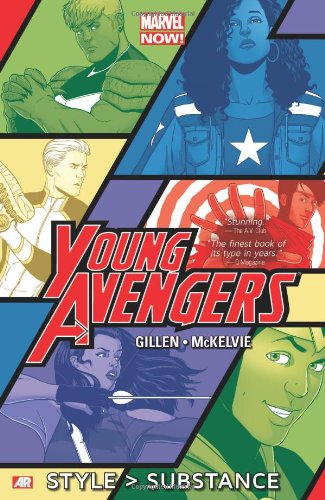 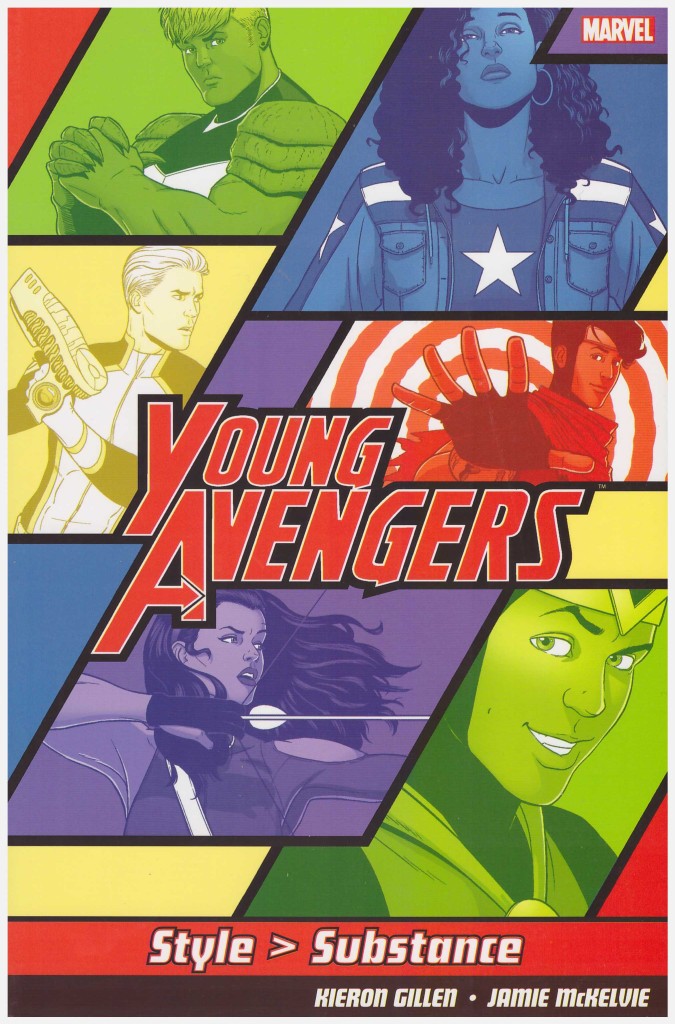 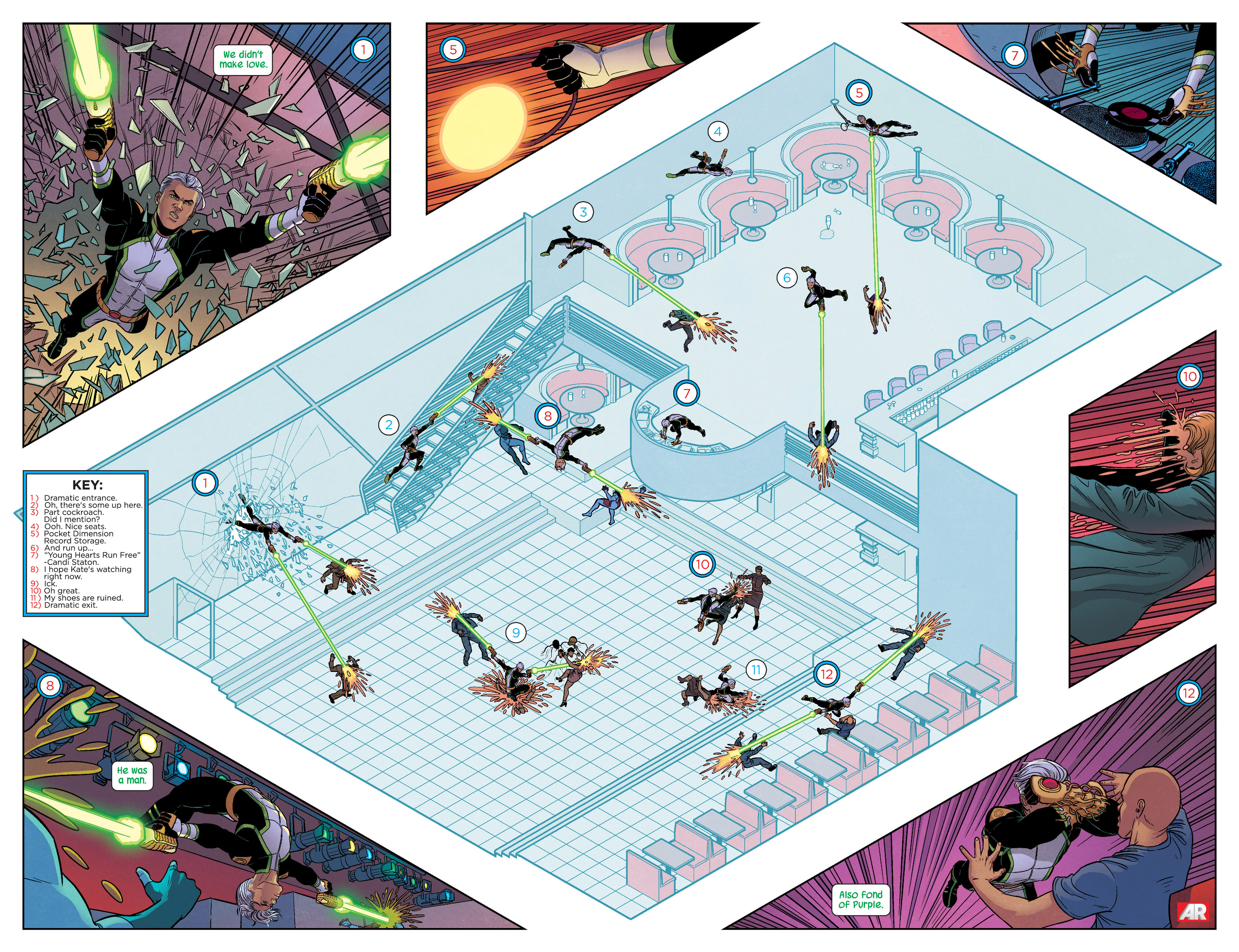 There’s an extremely telling line in Kieron Gillen’s foreword to the work that cemented his reputation: “The trick now isn’t making people believe a character can fly. The trick is to show how amazing it is that a character can fly.” At one time it was only in comics that characters flew unless an awful lot of money was spent on a movie. These days they’re flying all over the place. We’ve all grown up with superheroes, and in many ways they’re no longer special. They’re certainly no longer the exclusive property of the comics fan. The statement displays Gillen as attuned, and someone not prepared to settle for mediocrity, which in turn encourages a desire to read his comics.

It’s apparent from the first page of Miss America soaring over her version of New York that Gillen’s artistic collaborator Jamie McKelvie is also attuned, and committed to excellence. They’ve worked together previously of course, most notably on Phonogram, just as there have been Young Avengers before, also highly acclaimed.

From the previous incarnation of the team Gillen retains Wiccan and Hulkling, both of whom were  forced through the mill in The Children’s Crusade, and Kate Bishop, Hawkeye. He adds disgraced Avenger and Kree alien Noh-Varr, and visitors from an alternate world Loki and Miss America. Others manifest further into this series, which although it encompasses three volumes is a single continued story.

It’s Loki who’s key to this opening shot as Kang was to the first incarnation of the team, and Gillen relishes playing around with a junior version of the God of Mischief. Can he be trusted? Not many of the Young Avengers seem to think so. And they’re probably right. “Everyone thinks I’m a monster. I have to play with it”, he explains. “It’s kind of my super power.”

The book starts with a wish fulfilled, but it’s a case of being careful what one wishes for. It continues with Gillen’s pacy plot and witty dialogue accompanied by McKelvie’s open, imaginative and expressive art. The underlying theme is how teenagers need to break away from their parents, and while some of the cast are largely peripheral, they have their moments later, and it’s all very satisfying. There’s a further level of joy for those sharing Gillen’s music fixation. Pick out that Clash lyric and that Candi Staton reference.

Given the overall quality of this bravura introduction, the title is somewhat of a misnomer. Yes it’s stylish, but it should be Substance > Style. The series continues with Alternative Cultures, but for those who don’t want to mess around with individual volumes there’s a hardback Omnibus edition collection of the entire works.