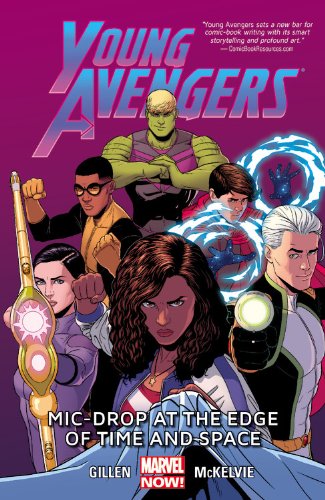 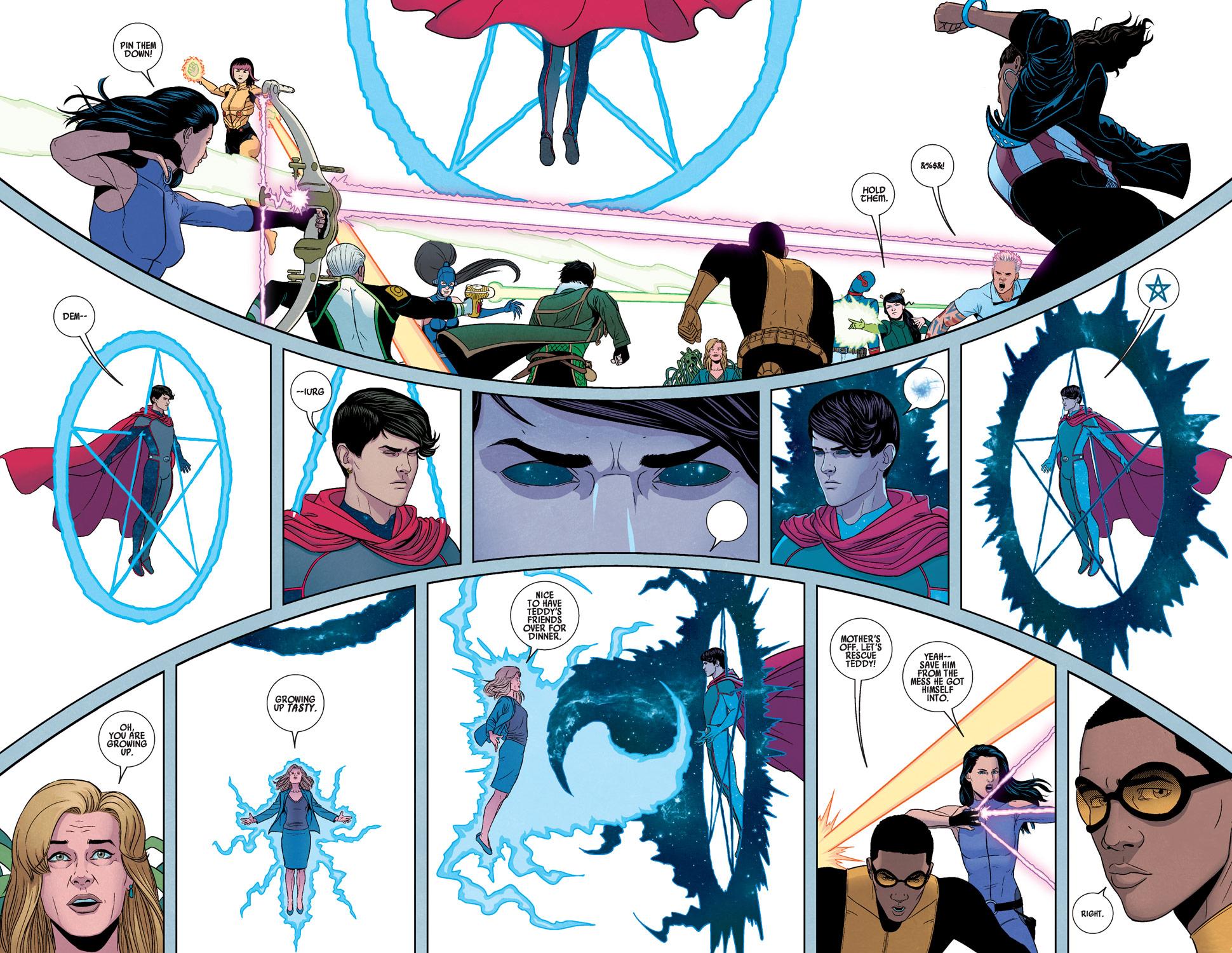 Readers were treated to quite the shocker concluding Alternative Cultures, but this wasn’t information shared with the Young Avengers. One of them has a furtive agenda. Indeed, one of them is responsible for much of the negative experiences the team have endured over the previous months. As one of them is the Norse trickster God Loki in the form of a child, you might suspect it was him, wouldn’t you? So is it? Hmmm.

Another thread running through the previous books is that Wiccan is destined to become an extremely powerful thaumaturge indeed, the Demiurge in fact. To open this portion of the ongoing tale it appears he may need to tap into what he will become, the prompt for this risk being the capture of Hulkling by an inter-dimensional parasite calling itself Mother. She’s managed to enthral both the Avengers and Wiccan’s parents, and has allies with connections to the Young Avengers, several being former girlfriends of Noh-Varr.

Jamie McKelvie’s storytelling, always interesting, leaps to a new level as a showdown is portrayed in a series of well-designed two page spreads. He’s also very good with body language and expression, so at times what’s being said may not be the entirety of what’s being felt. Kieron Gillen’s scripting is every bit as quick-witted, weird and character-driven as in the previous volumes.

The Mother storyline draws to a close midway through the book, leaving the final two chapters as a coda. So, what do you do after you’ve saved the universe? You have a party. Assorted guests artists contribute as Gillen hones in on each of the core cast, revealing what still requires revealing, then wrapping them up neatly and leaving them for someone else to take over. As a bonus he creates a party playlist that earns extra kudos for including Kate Bush and Scott Walker, and the fantastic pure pop of Robyn’s Dancing On My Own.

The entire series has been an inventive and engaging roller-coaster ride, and those inclined to sample might be better off not bothering with the individual volumes, but heading straight for the hardback Omnibus edition.