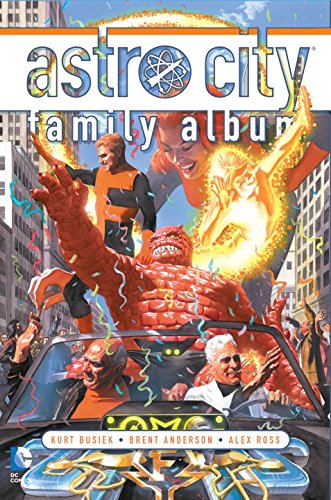 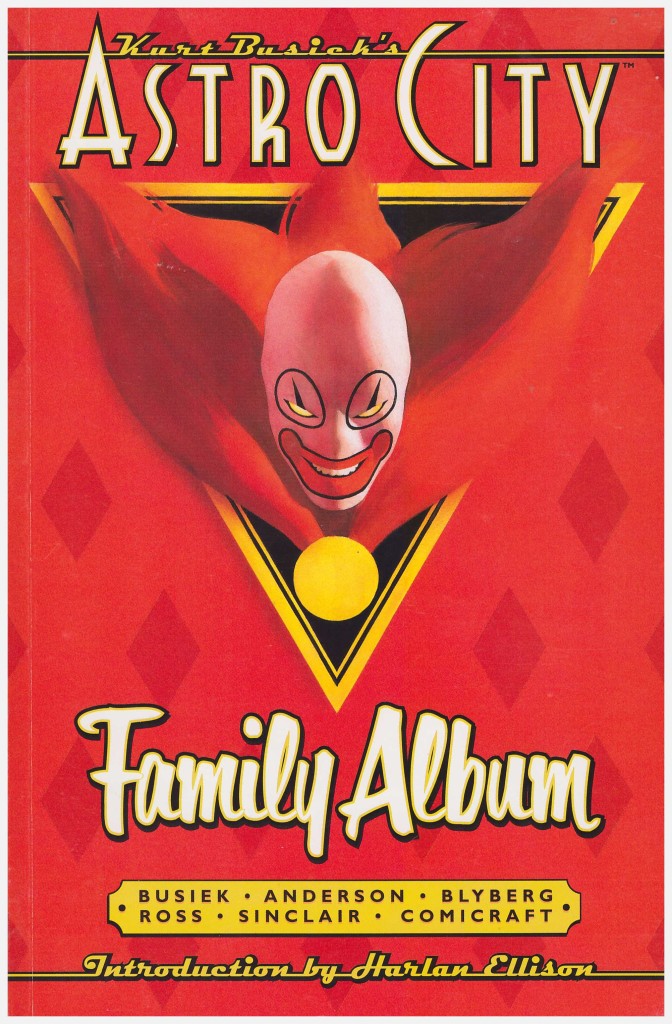 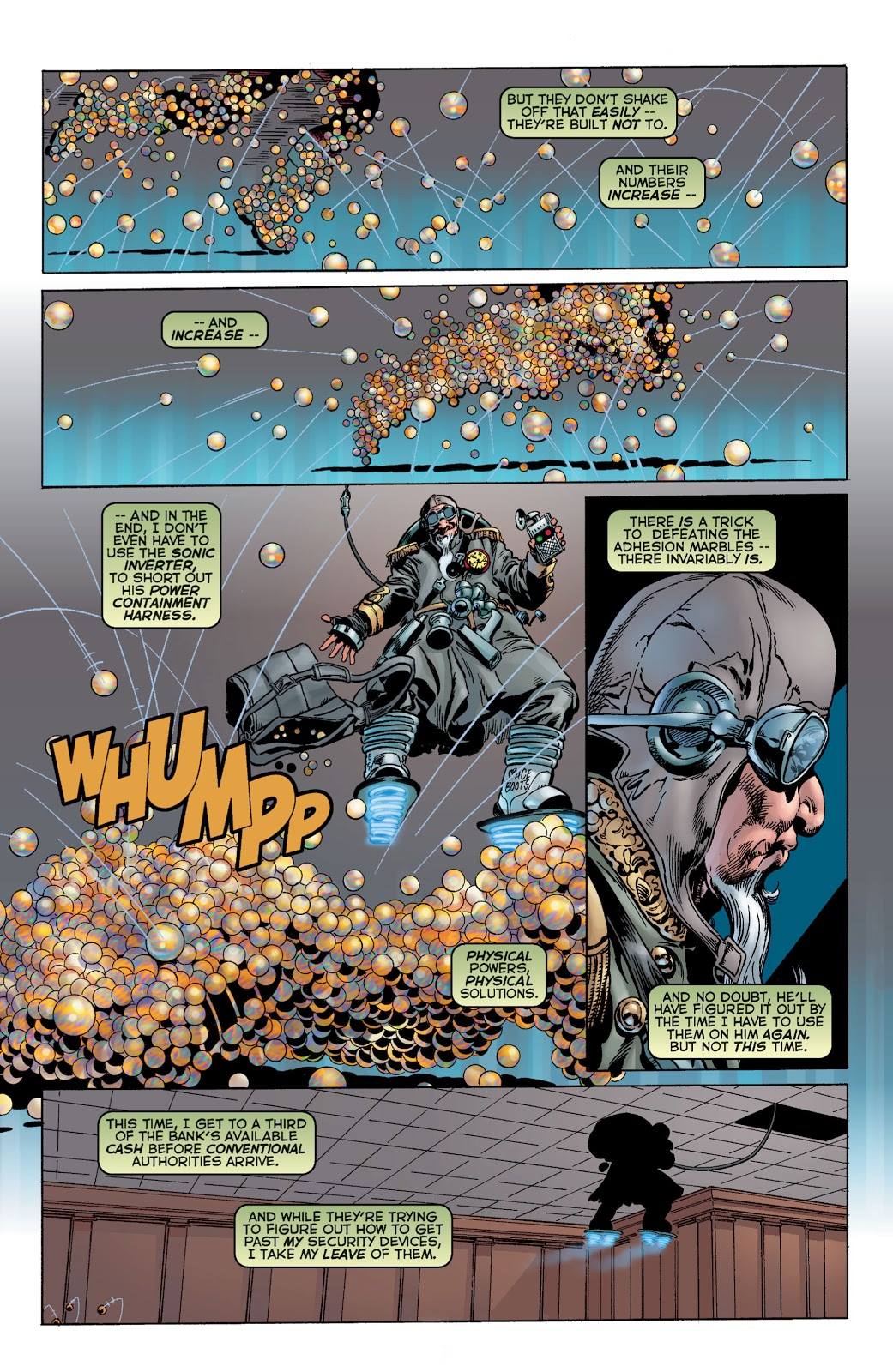 Family Album stakes the middle-ground between introductory volume Life in the Big City and Confession by gathering several stories, some just a single chapter, and the longest running to three.

That spotlights Crackerjack. He’s a gimmick-reliant, athletic hero in a clown’s mask and costume, and is actually second fiddle during his first appearance. That concentrates more on a villain’s frustration at the lack of public recognition for his achievements and his novel solution, and it won an Eisner Award. Behind the mask Crackerjack is a family man with a nocturnal hobby, and writer Kurt Busiek uses him to deliver some points about how he felt about superhero comics of the late 1990s when this was originally published. There’s a reason most superheroes aren’t established with a content suburban domestic life, but as a two chapter glimpse into an individual this spotlight works well.

Family is also at the core of the First Family, a Fantastic Four style team of adventurers with scientific expertise. Busiek’s way into their exploits is via Astra, young daughter of two team members, and how difficult life is for her. On the one hand there’s the glamour, danger and excitement of the team’s day to day exploits, yet this is witnessed rather than experienced, and cleverly contrasted with Astra’s attempts to fit in at school. It’s a poignant insight.

The volume is bookended by two individual tales. The opener is a clever introduction to the premise of Astro City as a family who’ve just moved there receive a wild welcome, and which also won an Eisner Award. The closer introduces what’s possibly Astro City’s oddest resident, which is some claim. Looney Leo is a living cartoon lion. He’s well characterised as a louche and suave barfly, with a chequered past laid bare, and in the accompanying notes Busiek likens him to world weary Rick Blaine, memorably portrayed by Humphrey Bogart in Casablanca.

As ever, Brent Anderson’s art is versatile and accomplished. He can convince with a cartoon lion sitting at a bar and a weather God manifesting over the city. A couple cuddling during a close moment, and a crowing villain sitting in court. A child in the school playground and a Lava God on his throne inside a volcano.

The extras in these volumes follow a reasonable pattern, not delving too deeply into minutae, but explaining concepts via sketches, and including the covers to the original comics by Alex Ross. Although there is no pressing requirement to read the series in any order, the next volume published was The Tarnished Angel.