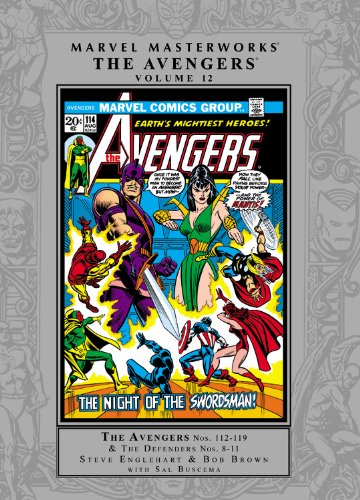 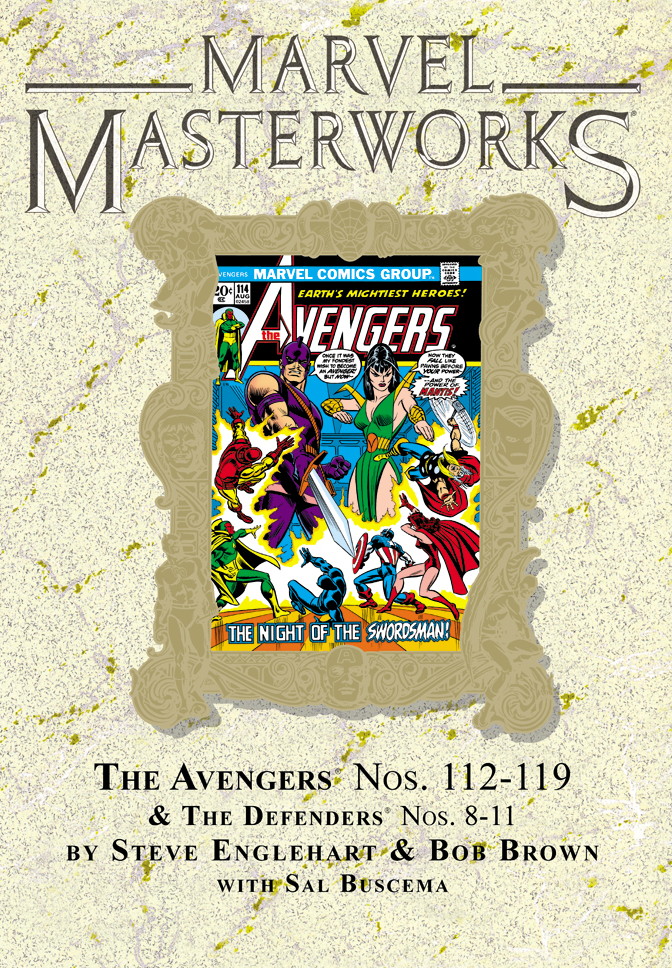 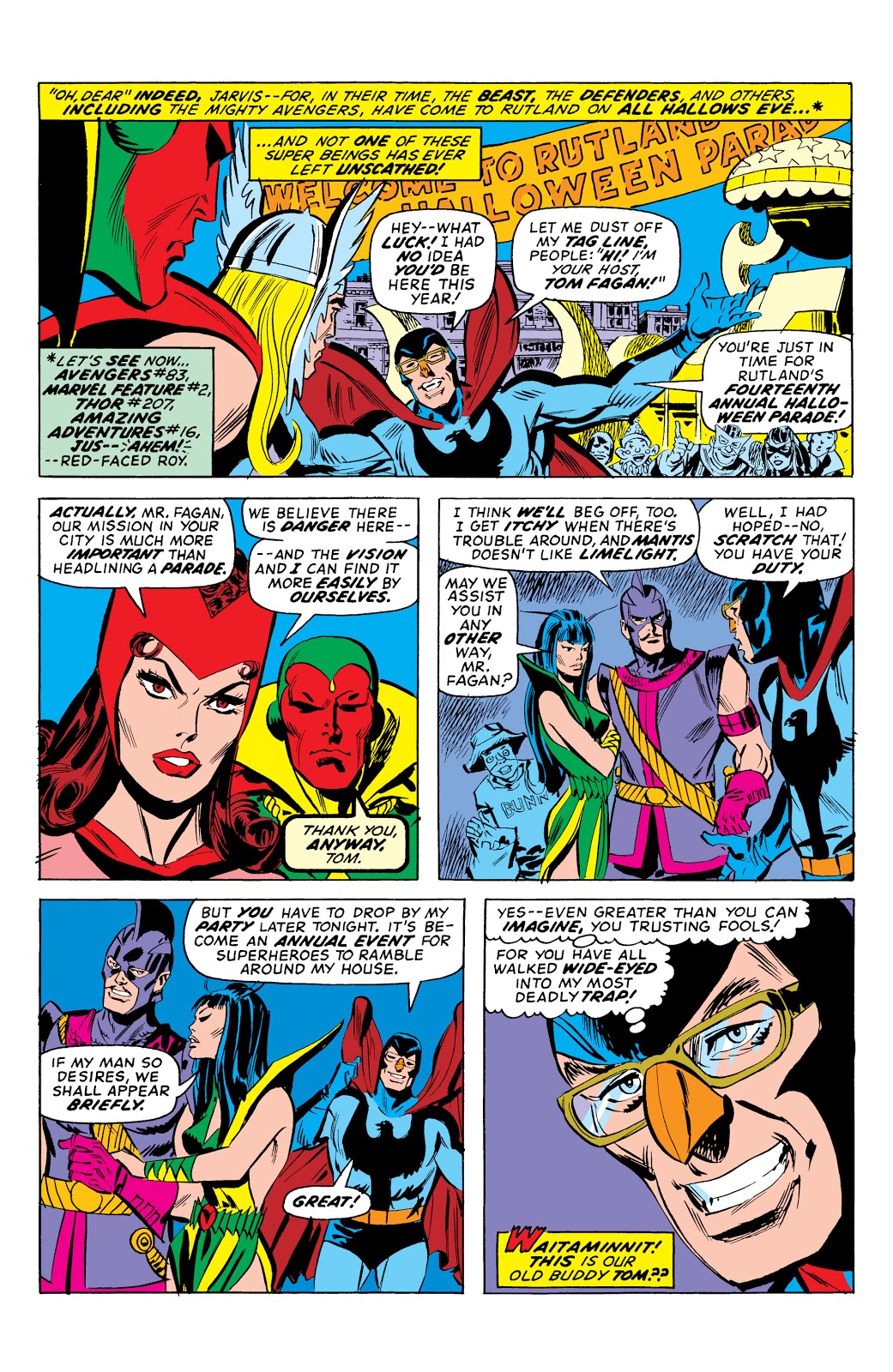 Steve Englehart’s earliest Avengers material was attempting to find a voice, and not very compelling. Here, though, he introduces Mantis to the team, initially very much to set the cat among the pigeons, as Englehart shifted emphasis in his writing from deciding what the plots should be, instead plotting around his characters and slotting in the traditional superhero elements to enable their interaction.

It doesn’t quite work in the earliest issues, with weak new opponents such as the Living Bombs, the Troglodytes, and the Lion God, although credit is due with regard to the latter being an attempt to broaden the world around the Black Panther. There’s also once again the curse of poor art, with Don Heck uninspired, and Bob Brown barely an improvement, although Englehart was a fan.

In fact, for those who’ve already bought the Avengers/Defenders war either as a separate collection or as part of Marvel Masterworks: Defenders volume 2, there’s not an awful lot to recommend this book. Marvel have made an effort to provide extra inducements, scouring the archives for additional material, much of it sourced from promotional magazine Foom.

For those who’ve not come across the Avengers/Defenders war elsewhere, it’s the story that makes this collection worthwhile. Marvel cancelled their annuals in 1972, and mourning their absence, Englehart suggested instead a summer-long crossover story between two titles he was writing. This was a first for Marvel, and irrespective of how that concept sprung wildly out of control from about a decade later, this is a tightly-plotted and still engaging piece. There’s also the benefit of Sal Buscema art on the Defenders chapters, his solid storytelling and clean style raising the art quality immensely.

The tale is set in motion by the Defenders, including Hawkeye, recently defected from the Avengers, considering how to rectify the situation of the Black Knight, transformed to stone in an earlier outing. They conclude a magical device called the Evil Eye may be just the ticket, and set about retrieving the pieces scattered around the globe. The Avengers, however, are told by Loki that the Defenders are up to no good, and being the God of Mischief he spins a convincing yarn. Thus, at every location where one of the Defenders attempts to locate to a segment of the Evil Eye, an Avenger turns up to battle them. The opposing parties are as well selected as the locales, and the plot holds together from beginning to a thrilling finish.

That, however, is not the finale. We also have a story of weird goings-on at the annual Rutland Halloween Parade in Vermont. This was organised by a comic fan, regularly featured folk in superhero costumes, and was eventually attended by Marvel staff. Here it’s the Avengers who turn up, only to run into their old foe the Collector.

So, some very good, if widely available elsewhere, some not so good and a lot of art it’s difficult to love. It’s a pattern that continues in volume 13. The content is also available in black and white as Essential Avengers 5, with the Defenders war story also in Essential Defenders 1.