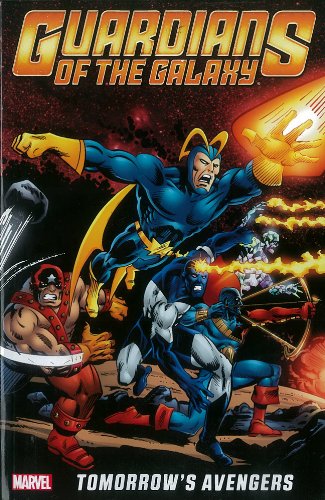 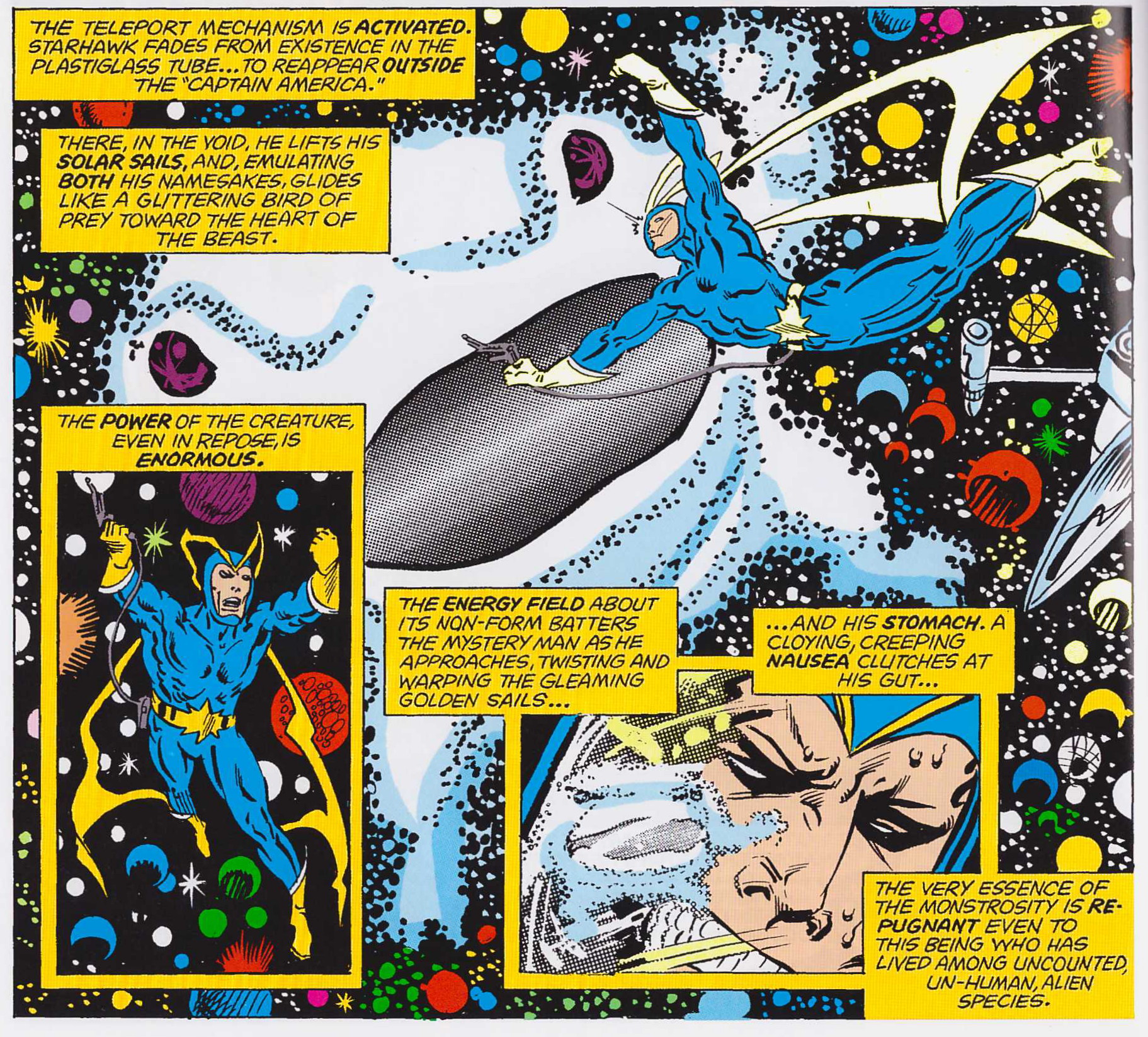 Imagine the disappointment of all those who enjoyed the Guardians of the Galaxy movie, who then bought this collection without looking too closely, only to discover it was a completely different bunch of characters set in the 30th century. If they stuck with it, they’d find there’s stuff to enjoy within, but the quality is limited.

The original incarnation of the Guardians of the Galaxy was created to fill pages in a late 1960s anthology title. The dense and stocky Charlie 27 had to withstand gravity three times that of Earth, while Martinex’s crystalline structure permitted life in the extreme cold of Pluto, and blue-skinned “noble savage” Yondu hailed from Centurai IV and could control the flight of his arrows by whistling. Major Vance Astro intended to be the first Earthman to colonise another planet, but after a millennium he discovered technology had permitted humanity to colonise space as he lingered in suspended animation. To twist the knife in his tragedy, Arnold Drake further decreed that were he ever to remove his protective suit the ages would catch up and he’d crumble to dust. The characters were intriguing, but the execution didn’t approach the best comics Drake wrote or Gene Colan drew.

That comment applies to pretty well every creator on show here with the exception of artist Sal Buscema, whose clear storytelling is the equal of the seamless professional work he produced throughout the 1970s.

Buscema illustrates the best material, as maverick writer Steve Gerber turns out a still weird story of the Defenders aiding the Guardians in repelling the alien Badoon from Earth. Gerber creates a credible timeline extending from the 20th century to the 30th, and throws in a satire of TV gameshows, introduces Starhawk, seemingly both man and woman, creates a convincing way of sidelining Dr Strange who could otherwise resolve the situation far more easily, and leads everything to a novel and unpredictable conclusion.

The positive response that story generated led to the Guardians being awarded their own series, also contained here. A less restrained Gerber moved the characters away from superheroics and more into science-fiction, but never quite meshes the more cosmic elements in convincing fashion, and the chapter best surviving the decades is his satire of 1970s New York. He manages some subtle characterisation, and the introduction of female Guardian Nikki is welcome, but he never concluded his revelations about Starhawk, and what a young Roger Stern delivered isn’t very good. This is all drawn by Al Milgrom, who manages convincing space scenes, but is less at home with character moments.

The success of the current Guardians renders this a timepiece curiosity. If found for well under cover price it’s worth a look for the better material. Everything here was previously issued in hardback as Earth Shall Overcome, and The Power of Starhawk, while the Defenders story can also be found in black and white as part of Essential Defenders volume 2. A second volume gathers later stories of the 30th century Guardians.