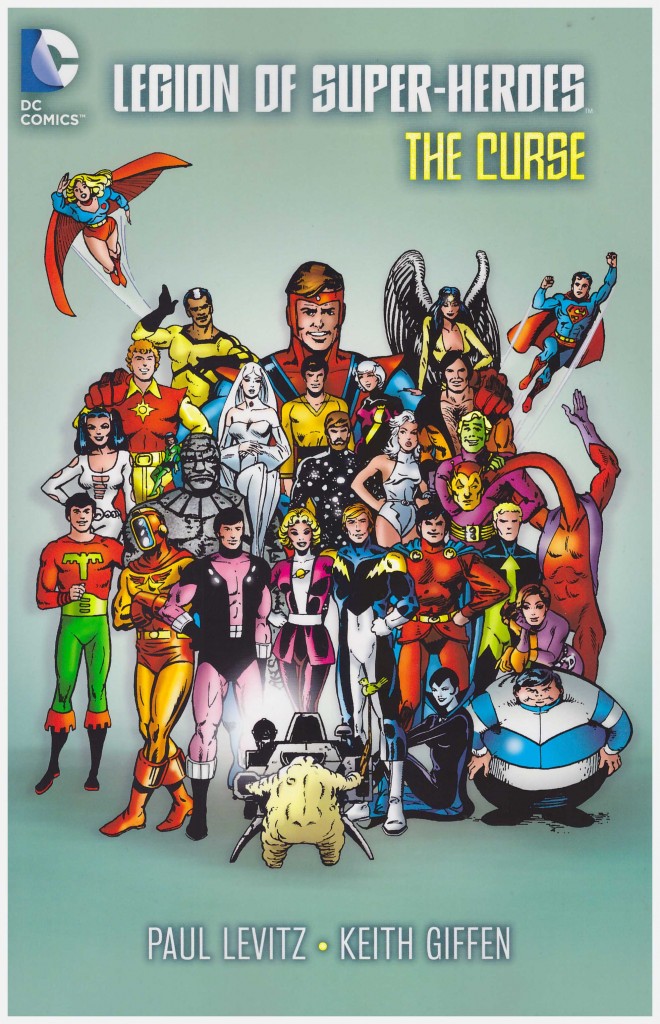 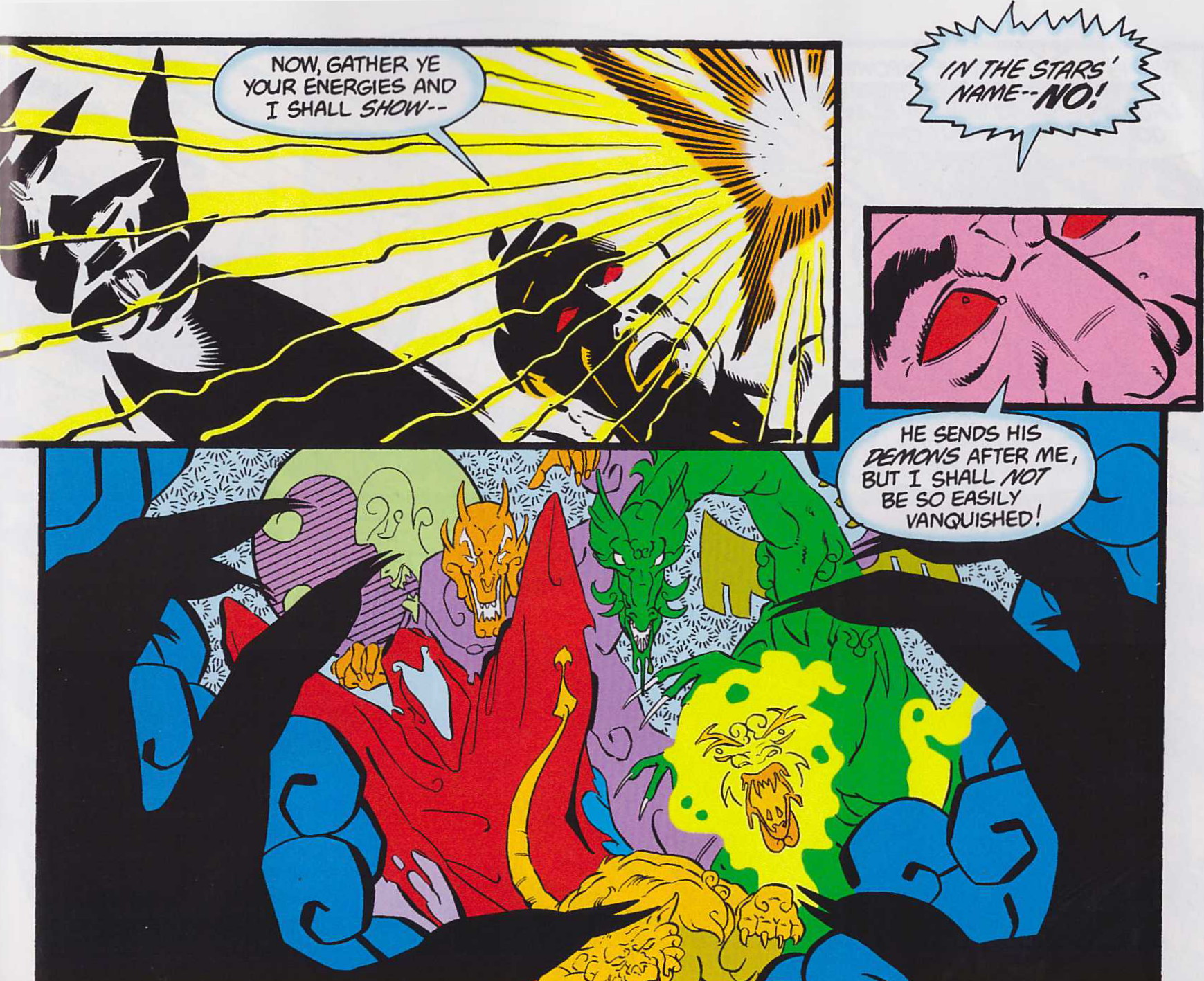 The Great Darkness Saga was an imaginative re-statement of the 30th Century’s greatest group of superheroes, and while much of this volume has its moments, it doesn’t hit the peaks of its predecessor.

Co-plotters Paul Levitz and Keith Giffen start with Cosmic Boy attempting to deal with the ramifications of previous events. He’s very much to the fore in the early material, then lost in the remainder. The creators have their favourites, but hardly any character is neglected altogether (although Light Lass fans needn’t bother). The relatively new romance between Colossal Boy and Shrinking Violet occupies plenty of pages, but a secret spun out for several chapters is rather telegraphed for the astute reader, and the reasons behind it mundane when revealed. Some character updates don’t quite work. There are half-hearted attempts to transform Timber Wolf into something more feral, but he’d not become the Legion’s Wolverine until later.

It might have been thought that the Legion cast was vast enough to warrant almost exclusive attention, but Levitz and Giffen skilfully interweave other recurring characters with appeal and personality. There’s Legion founder R. J. Brande, profoundly unhelpful security chief Ontir, the perpetually grouchy and mercenary doctor Gym’ll and Science Police officers Gigi Cusimano and Shvaughn Erin. The latter’s relationship with Element Lad would lead into very interesting places indeed, but during a run of Legion of Super-Heroes as yet unavailable in book form.

Midway through the book Giffen changes his style of pencilling, and inker Larry Mahlstedt adapts effortlessly. Elements of Jack Kirby are present in the action sequences, combined with an almost abstract expressionistic manner of delivering other subjects, leaving a lot to the colouring of Carl Gafford. He also toys with the format, excising some panel borders, running jagged panels into each other, or overlaying them and running some sequences vertically. It’s very colourful and visually interesting, but sacrifices story clarity, and what might otherwise be the strongest test for the Legion here suffers from iridescent distraction throughout.

With that out of his system Giffen reverts to a more reader-friendly style, just in time for the curse that provides the volume’s title. It actually occurs on the penultimate page (543), and is a nice twist for those familiar with the team’s history, but meaningless to anyone picking up this volume cold.

There are other loose ends associated with collecting individual issues from before story arcs were planned for eventual book publication. Three chapters from the end a character long among the missing returns abruptly and with little explanation. This was later explored, but in issues never likely to be reprinted.

On a more trivial note, the cover to this volume is incorrectly credited to Giffen. In fact it’s a jam piece featuring some of the artists within who’d formerly drawn the team such as Pat Broderick, Dave Cockrum, Kurt Schaffenberger, James Sherman, Curt Swan and George Tuska along with many others besides. Dave Gibbons also takes a turn at pencilling, although it comes across as a job rather than anything he has fondness for, and much the same applies to Gene Colan.

Additionally, for all the vivid colouring, there are a couple of chapters with some production problems leading to muted reproduction.

The work that Levitz and Giffen collaborated on for the Legion of Super-Heroes in the 1980s concludes with An Eye for an Eye.