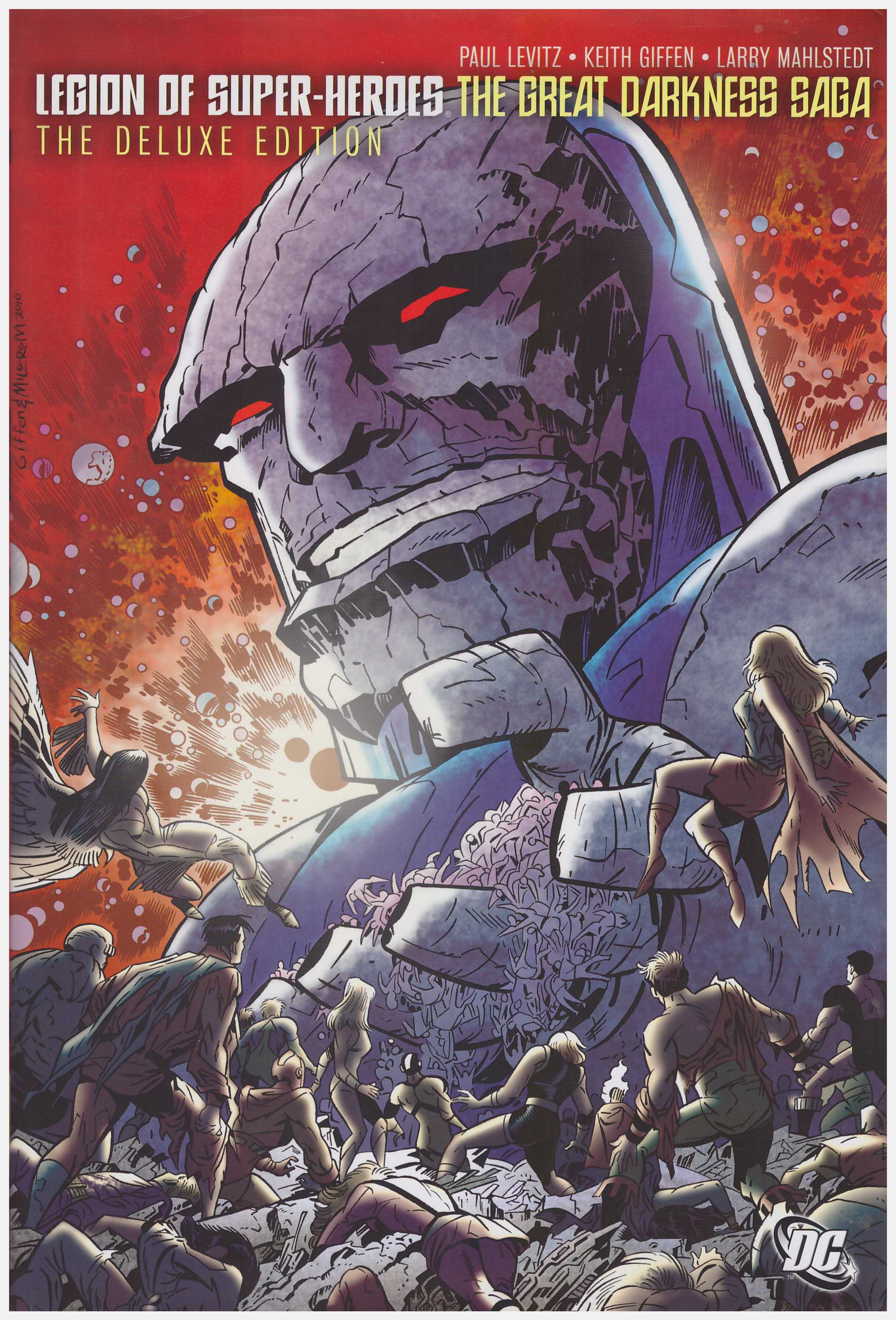 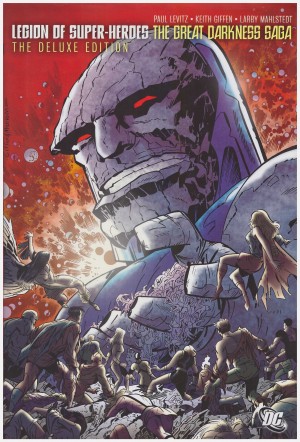 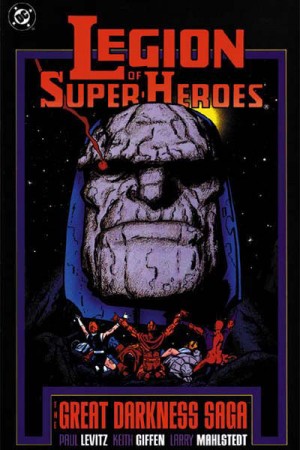 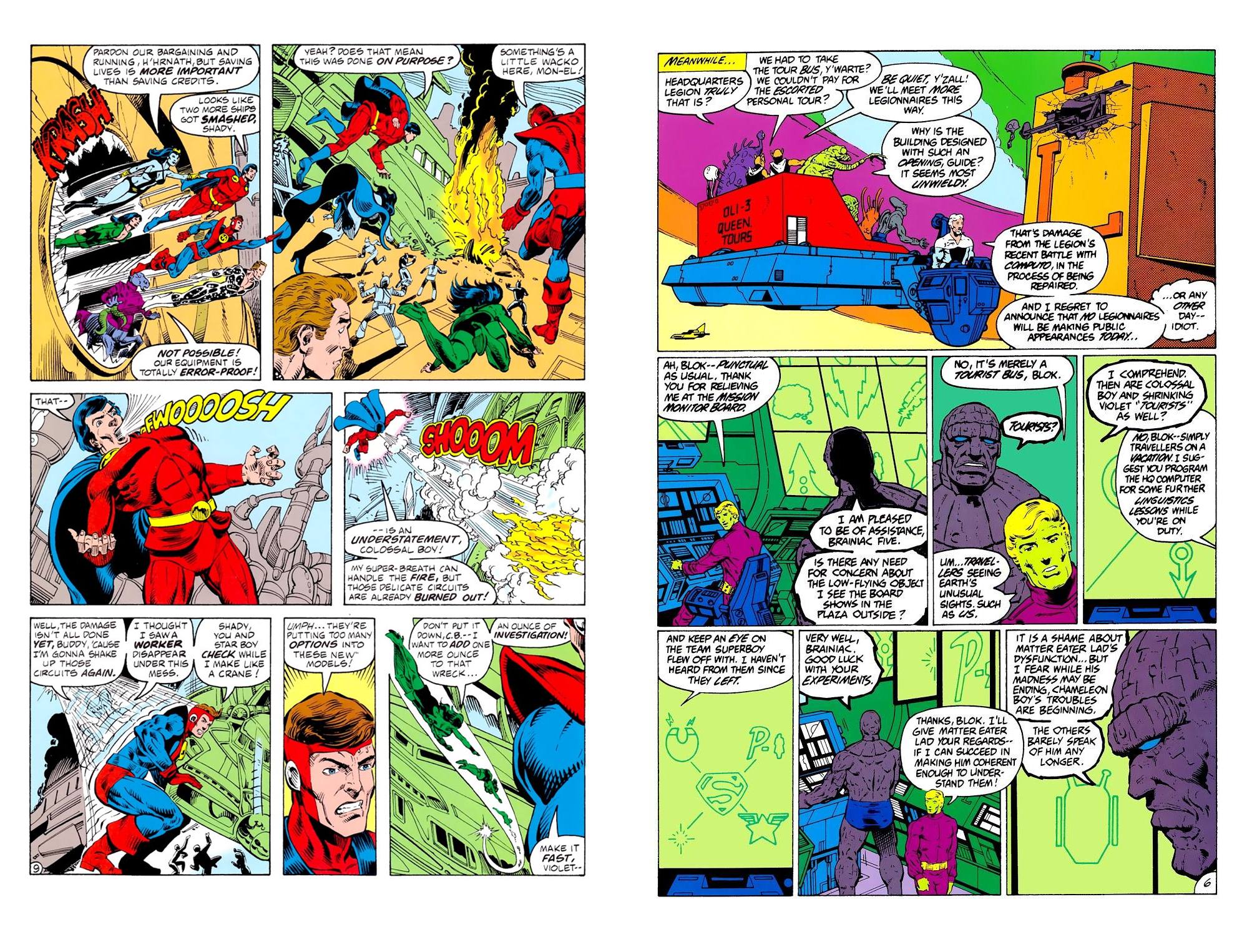 By the early 1980s once fan darlings, 30th century superteam the Legion of Super-Heroes were in a pretty sorry state after years of creators who really didn’t give a damn. This over-size hardback or more conventional sized paperback reprints the stories that revived the title. It turns out all that was needed was some imagination and enthusiasm.

Later DC Publisher Paul Levitz began the revival in the company of artist Pat Broderick, whose ugly, cramped and distorted art diminishes some distinctly promising scripts in which Chameleon Boy is spotlighted and the Legion run up against an old enemy. After three chapters there’s a back-up strip drawn by Keith Giffen that leads into the next lead story. Giffen’s art style had morphed, now seemingly influenced by the ornate decoration Gene Day incorporated into his Master of Kung-Fu work, and the inking of Bruce Patterson wasn’t entirely sympathetic. Yet there’s a spirit absent from Broderick’s work. Giffen became the lead artist, and his style progressed again.

With far more in-tune inking of Larry Mahlstedt, Giffen developed a unique visual signature for the title. Pictograms and coded language were frequent, often in the form of pseudo-holographic overlays, uniforms were re-designed, backgrounds were other-wordly, and for the first time in a decade the Legion of Super-Heroes actually convinced as inhabitants of the 30th century. He also includes little visual jokes that make the art worth studying: Timber Wolf leans on a holo-screen too hard or Shadow Lass is posed as if part of the Sistine Chapel fresco.

Giffen also felt free to contribute ideas and was eventually credited as co-plotter. That Levitz was a better writer than when he’d previously handled the characters was obvious from his collaborations with Broderick, but the material produced with Giffen is a different league. The cast are diversified via new additions, and a giant step is developing characters. For much of the Legion’s history there was little to distinguish say Shrinking Violet from Shadow Lass other than appearance and powers. While there’s still some expository dialogue, efforts are made, with entire chapters given over to character interaction as the various relationships within the team are scrutinised.

The best sequence here supplies the title, but sadly unsympathetic packaging gives cover prominence to what inside is a rather well developed surprise. ‘The Great Darkness Saga’ begins with the Legion facing individual foes shrouded in black, powerful enough to defeat teams of Legionnaires, yet somehow familiar. These, though, are only the precursors to a menace able to unleash a wave of destruction across the universe. It’s tense, creative and in isolation remains five star superhero comics all these years later.

A 1989 volume with this title only reprinted the five chapters of ‘The Great Darkness Saga’ without the remaining content, and the series of 1980s reprints continues with a second oversize volume titled The Curse. 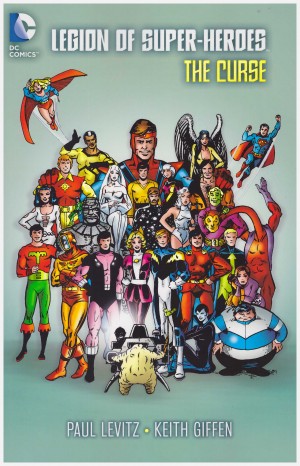 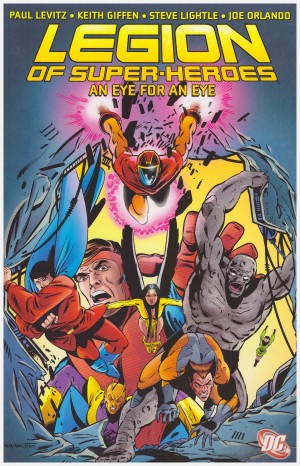 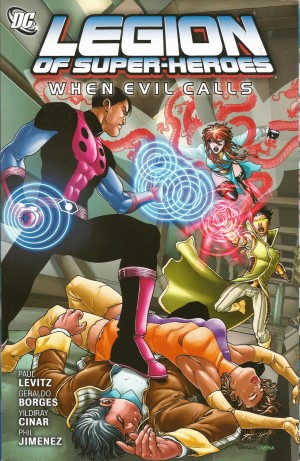