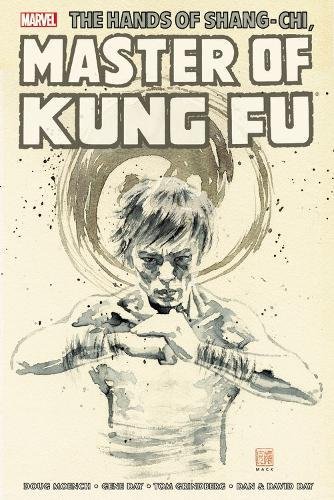 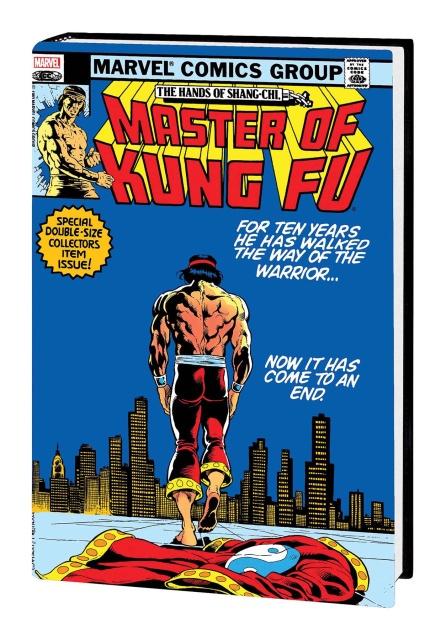 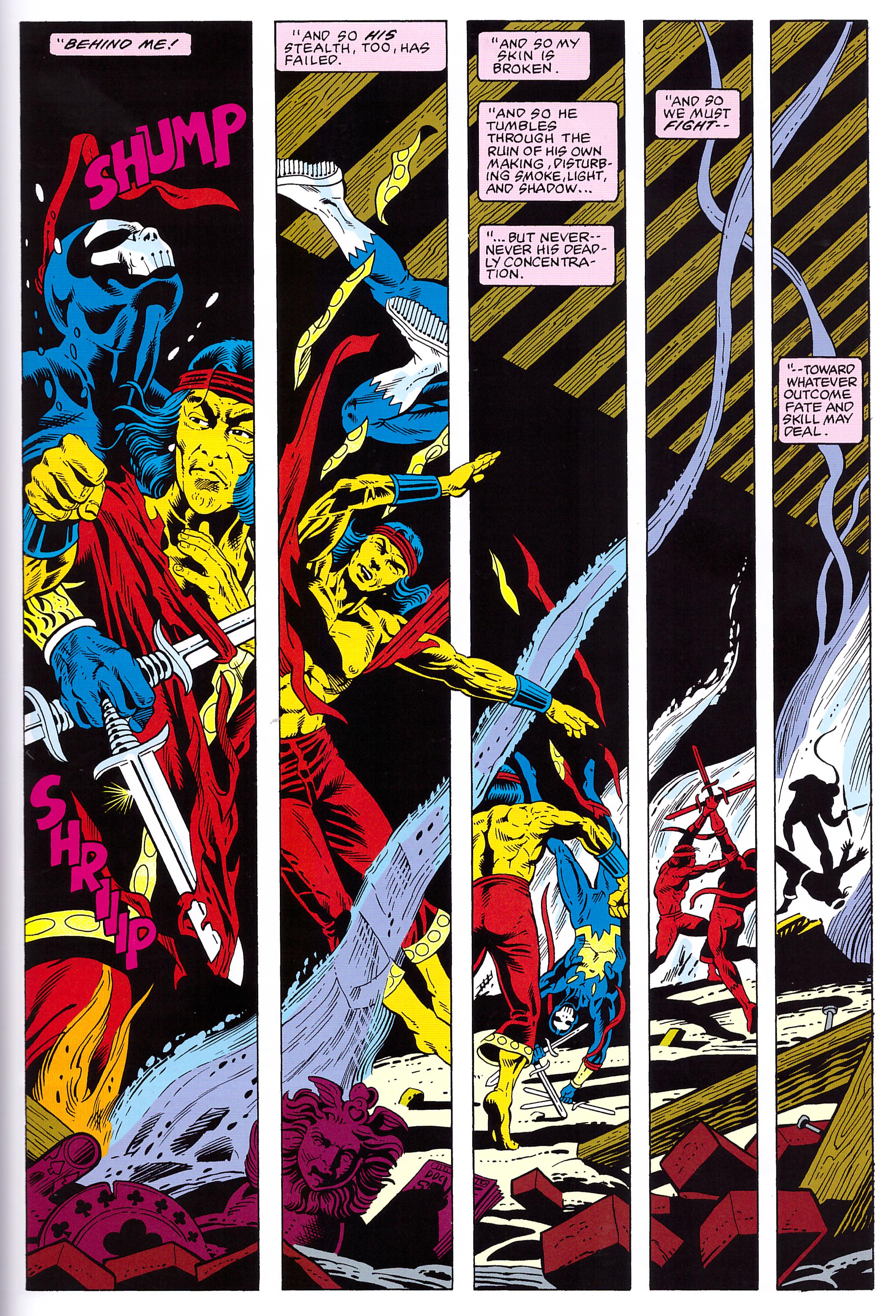 The final Master of Kung-Fu Omnibus is one of contrasts, two-thirds being the feature’s second golden era, and the remainder ensuring completeness by dragging down the overall quality.

Gene Day ushers in that second golden era, drawing on Paul Gulacy’s decorative qualities, but laying his artistic ghost to rest. As noted in in Doug Moench’s introduction, Day loved filling his panels with statues, and this baroque quality extended to superb splash pages, yet his propensity for decoration incorporates the story rather than fighting against it. In only his second full art job Day has to extrapolate Moench’s concise, but still wordy, explanation of Hong Kong’s boat dwelling society. He manages it over a two page spread of ten panels, each a superbly composed, fully detailed individual illustration, their borders forming the story title. There is an occasional early stiffness to action scenes, but that vanishes and by his final stories the layout of every single page impresses and the images are ones of beauty. Until now the only way to see Day’s art has been the poor newsprint of the original comics, and while the reconstruction is vivid in places, it’s tremendous to see it within a format finally matching the quality.

After six years Moench’s technique was refined to a compact action thriller formula, heavy on thoughtful characterisation, and led by Shang-Chi’s first person narrative. We know his thoughts, but all others are only provided with dialogue, which when dealing with secret agents and spies provides a constant suspenseful undercurrent. Moench had created a compelling cast of both heroes and villains to draw on (although it’s never quite as clear cut as that), and manoeuvres them around ethical issues or matters of the heart. Brynocki, Shen-Kuei, Pavane, and the faintly ridiculous Razorfist return to good effect, and Moench continues to add intriguing new characters, primarily Dark Angel, but also a nice surprise during his final Fu Manchu story.

Editorially imposed creative limitations led to Moench and Day’s resignation in 1982, and while Marvel had one unused Moench piece on file, Master of Kung-Fu’s spirit departed with them, the strip sinking and backsliding. The lesser art quality is obvious, with a young David Mazzucchelli’s layouts good, but lacking technique, and William Johnson at that point slightly better and improving by the story. Surprisingly appropriate filling in is a young Marc Silvestri, yet to find his style. Writer Steven Grant’s twisting plot works, but Alan Zelenetz’s attempted imitation of what’s gone before lacks the subtlety and the intended spiritual infusion. If you want to see Shang-Chi taking on a giant turtle or saved by a yeti, you’ll find it here.

Under later editorial regimes Moench produced three further Master of Kung-Fu stories, only two included here. Moench rightly prefers the successful second, produced with Day’s brothers Dan and Dave, but while their layouts imitate Gene, there’s no matching him. That art is preferable to Tom Grindberg, also in thrall, yet nowhere near as talented as Neal Adams, with some exaggerations gruesome. Neither does Moench rise to the occasion. The first story is padded, clumsy and substitutes shock for subtlety, with Leiko Wu once again cast as victim, and as such it’s actually poorer than some of the post-Moench material from 1983. That, the following story and Razorfist together provide a repeated theme of hand amputation, which is odd. A review of Moench’s final Master of Kung-Fu can be found here.

With Moench and Day on top form, Day even co-plotting a couple of stories, well over half this book hovers around five star material, but keep expectations low for anything after page 476. 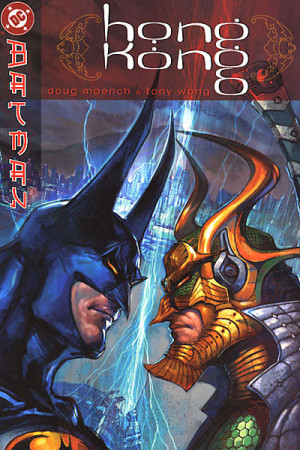