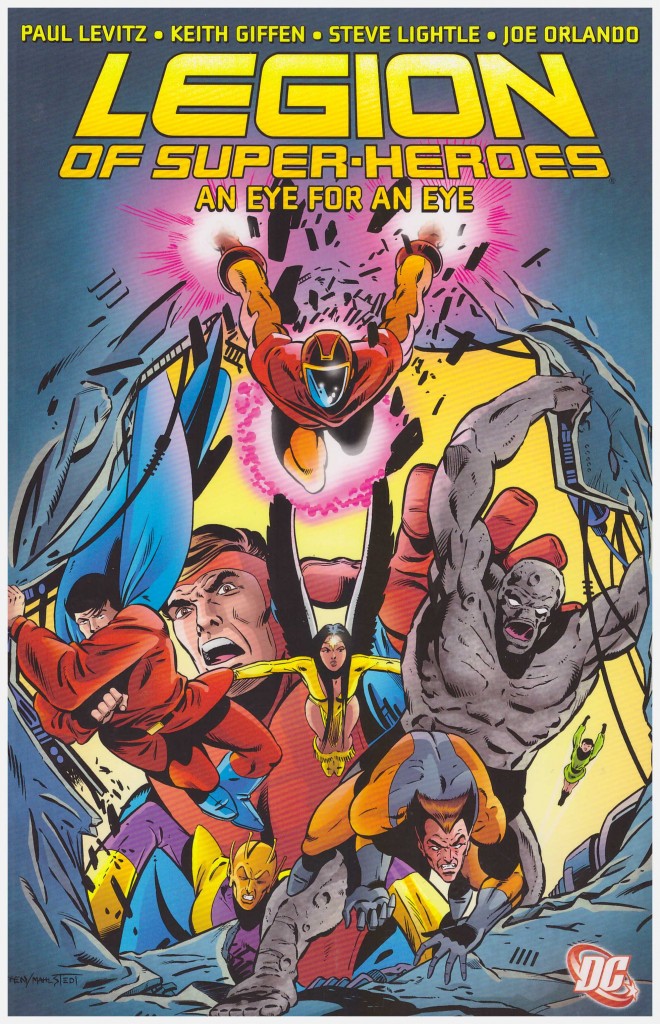 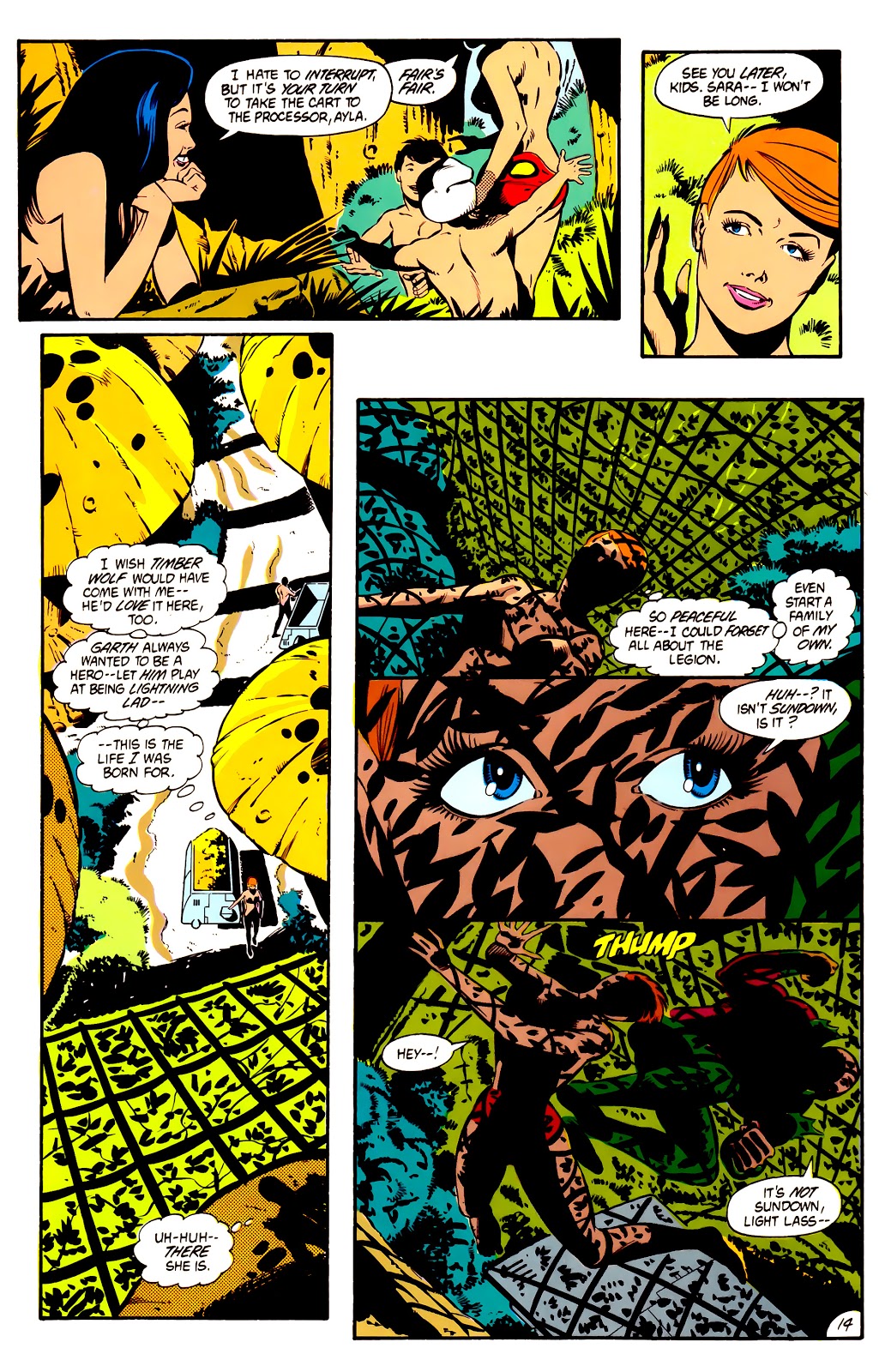 When originally published in 1984 An Eye for an Eye was plotted as an epic conflict to launch a new Legion of Super-Heroes comic at the height of their 1980s popularity. Time hasn’t been kind.

This remains as intended in some ways: a desperate battle against an army of foes each intent on killing a Legionnaire. As Paul Levitz notes in his introduction, the concept of the Legion of Super-Villains had been under-used previously, and he and Keith Giffen certainly ramped up their effectiveness with a vast increase in members. Doing so, however, required the inclusion of assorted barely-recalled third-string characters from poorer days.

On one level it’s irrelevant if readers are unaware of who Neutrax, Radiation Roy and Tarik the Mute are, as numbers are so high many characters play little or no part beyond making them up, but some plot points hinge on knowledge. A chapter ending cliffhanger concludes by revealing a former member of the Legion is allied with the villains. Having emphasised this, readers unfamiliar with the history of the cast are dependent on picking up a passing comment two chapters later to discover who this is. Over thirty years after the original publication there are several other head-scratching moments.

Another, for those who’ve followed the continuity from The Curse, will be how Saturn Girl is pregnant again. That’s because a comic originally published after these was shoehorned into that volume to provide its title.

The art hasn’t fared better. The jagged close-up style employed by Giffen at the time (sample) wasn’t really suited to what was intended as widescreen action. Steve Lightle’s approach is more sympathetic, but this was his first professional work, and it shows. On the other side of the equation veteran artist Joe Orlando hadn’t drawn a comic in years, and that also shows.

Then there’s the tragic moment. Both creators had favourite cast members and those they disliked. To their credit, the latter category hadn’t been obvious during their run on the title, but Levitz in his introduction lays the blame for the tragedy within squarely at Giffen’s door. It’s intended to emphasise the danger the Legionnaires face overall, but is another area where the passage of time hasn’t best served this story.

Some elements still work well, a particularly the odious young Ol-Vir (think snotty kid with Superman’s powers), the reconstruction of Light Lass, and the inconvenient intervention of politics, but overall An Eye for an Eye no longer maintains its reputation. The More Things Change follows.