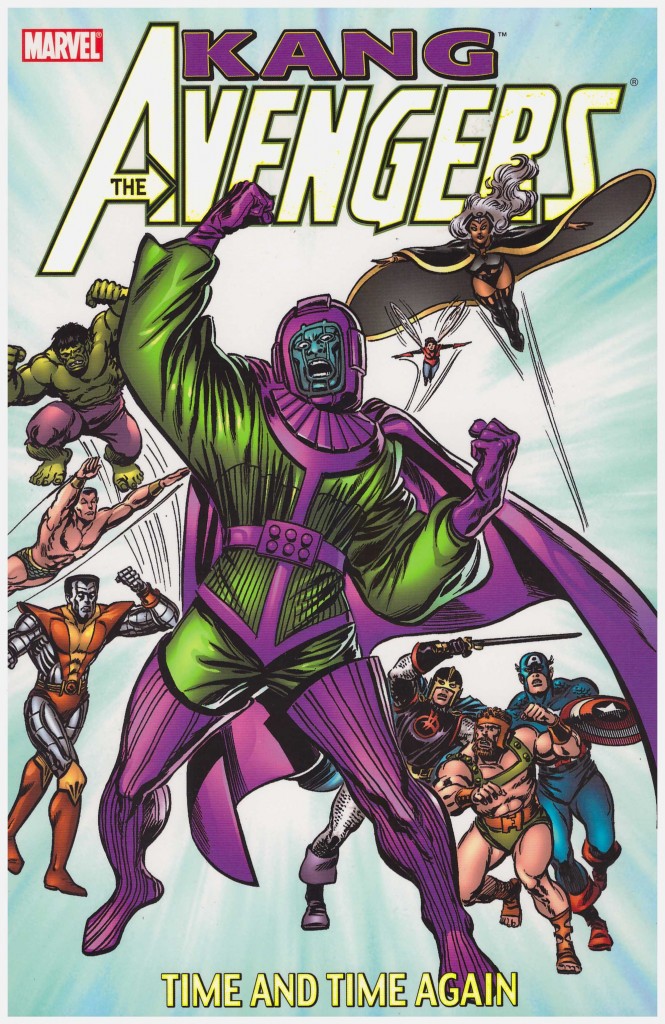 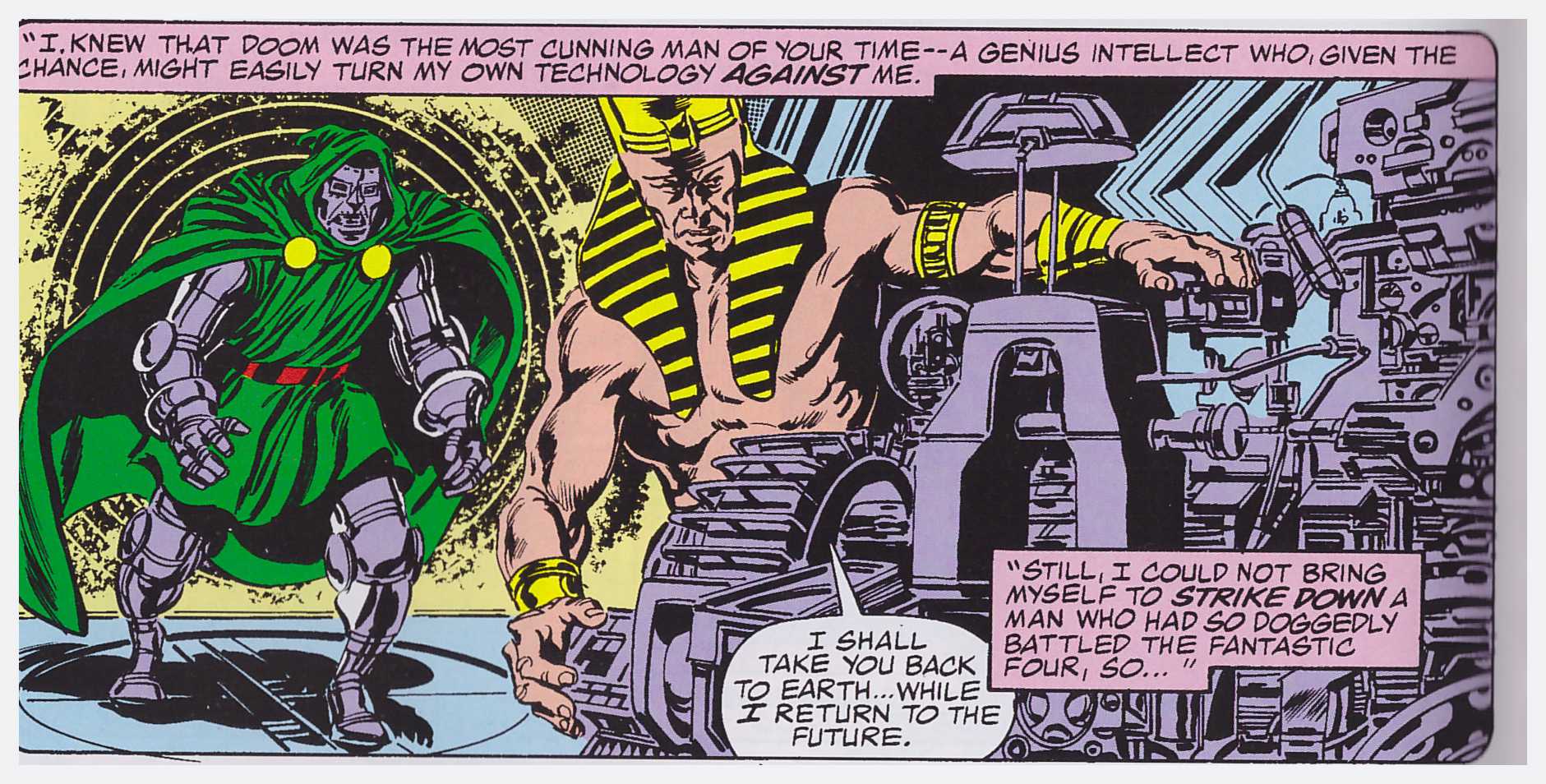 Editorially, this is somewhat the hodge-podge, collecting a bunch of tales from the late 1960s and early 1970s with a three chapter story from 15 years later, all of them featuring Kang. It’s a toss-up between Kang and Ultron for the Avengers’ greatest foe, and the time-travelling conqueror’s history is so complex it requires a three page explanation in the back of the book.

The opener is a Thor tale, giving greater prominence to Kang’s android servant the Growing Man. He absorbs the energy every time he’s hit, causing him to grow to immense proportions. It’s not the story for which Jack Kirby and Stan Lee will be remembered, but neither is it poor, and there’s some terrific Kirby depictions of Asgardian splendour.

The Growing Man is back to fight the Avengers next, but that’s just the start of a Roy Thomas plot in which they’re transported to the future as Kang has the opportunity to have his comatose girlfriend Ravonna return to health should the Avengers win a tournament for him. It’s a spirited effort drawn by the appealing team of Sal Buscema and Sam Grainger, into which Thomas manages to pack both the first appearances of the Invaders and the Squadron Supreme (here as villains, the Squadron Sinister), and the Black Knight. The essence of Kang is revealed when he obtains the power to restore Ravonna.

Thomas also writes the story in which the Hulk is dispatched to World War I to divert history and ensure his grandfather is killed. The logic is that without the Hulk existing, the Avengers will never come together as he was instrumental in their formation, so Kang would be free to conquer. Never shy of throwing a pose, artist Herb Trimpe knocks himself out with Kang’s posturing.

In the years between that and the closing story writers had given more thought to time travel and taken on board theories from science-fiction, so Roger Stern establishes a council of Kangs. This is possible using the theory of every action taken or not delivering a divergent future. Some Kangs, though, are more competent than others. John Buscema’s art inked by Tom Palmer is spectacular, and the story still holds up. It’s also reprinted in The Once and Future Kang amid contemporary material from Stern, Buscema and Palmer.