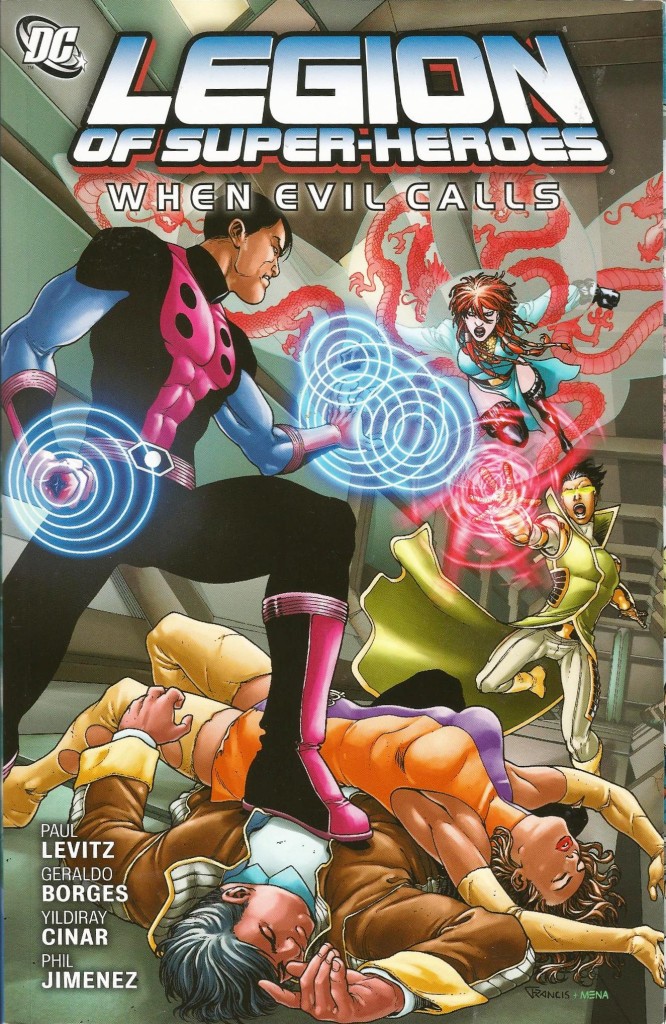 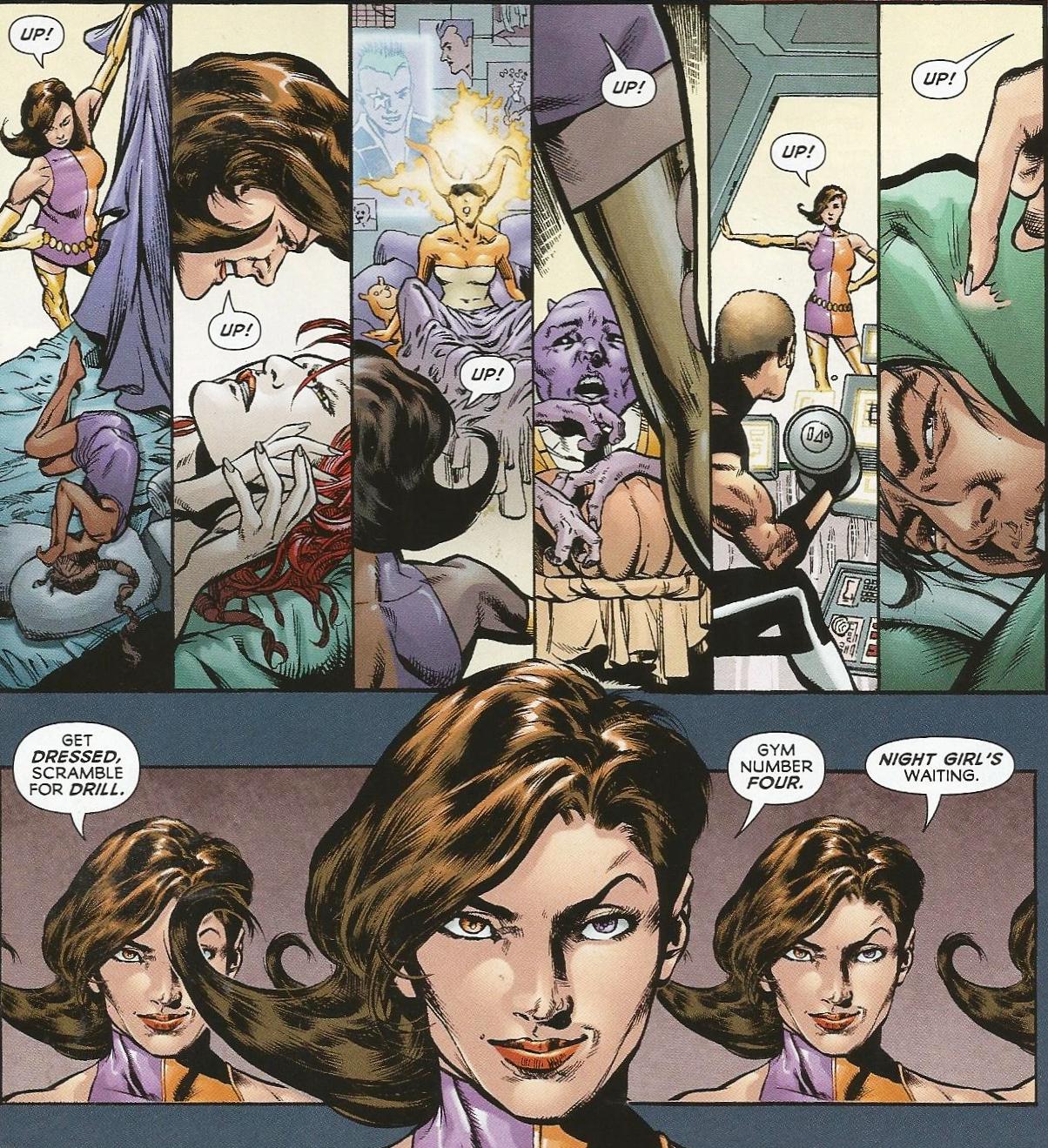 This volume concludes scripter Paul Levitz’s first ill-fated attempt to rekindle the synergy he once had with the Legion, and takes up from Consequences.

As noted in the review of The Choice, Levitz’s return to a companion title Adventure Comics was marked by an unfortunate wave of ‘continuity implant’ stories which were careless and occasionally offensive. These were thankfully terminated, and a contemporary series focussing on the Legion Academy, home of the next generation of heroes in training, commenced.

It’s with the first of these Academy stories that this volume opens, and it’s a bright start. There are the senior class – who, since they’ve been studying since 1981 our time, are some slow learners. The freshman year provides the required p.o.v. angle and the faculty are super-heroes retired from active Legion service who devote themselves to training the next generation.

‘Super-heroes in training’ is a favourite sub-genre, and while Legion Academy lacked the depth or bite of Marvel’s excellent Avengers The Initiative or its successor Avengers Academy, it was a fun read, with anticipation, disappointment, budding romances, fledgling missions, late-night booze and snacks curfew-breaking, and drill-sergeant attitude from Duplicate Girl. Who would have thought the Legion’s 1960’s sweetheart, the former Duo Damsel/Triplicate Girl, would turn out to be such a hard-ass? Also on staff were DD’s tubby hubby, Bouncing Boy, and a revamped (with the emphasis on vamp!) Night Girl, working her Mad Men inspired nouveau-retro chic like nobody’s business.

Phil Jimenez’s artwork was detailed and lovely – one would expect nothing less – but possessed more mobility and flow than previously; the characters moved, rather then just hanging there in decorative poses. Whether this was due to the influence of inker Andy Lanning, or simply because Jimenez was having more fun with the subject matter, remains open to conjecture.

Yet after a promising start, Legion Academy fell off, with deadlines requiring multiple fill-ins, and the jettisoning of  interesting characters to focus on the more boring neophyte heroes. The series was also integrated with the mainstream Legion title, adding more characters to an already cluttered cast. Nevertheless, the main story remained strong, as old-time ‘Psychic Fiend’ Saturn Queen, her powers amplified by a mysterious entity, reformed the Legion of Super-Villains with a new and deadlier roster. The resulting confrontation between the two Legions required everybody to pitch in, including the students at the Academy, and one of them consequently didn’t make it to graduation. The final battle also proved fatal for one Legionnaire – but, fair dos, it’s one no-one was sorry to see the back of. (No, not Quislet – we couldn’t be that lucky!)

Artist Yilidray Cinar managed sterling work on the narrative, when he showed up, but the frequent fill-ins on this and the Academy strand (no fewer than eight pencillers contribute to the stories in this volume) do mar the reader’s enjoyment. Nonetheless, this final volume is the strongest read, with several of the dumber subplots either set aside or resolved.

After this, the Legion, like the rest of the DCU, was cancelled for the ‘New 52’ line-wide relaunch: Levitz was to get another try at recapturing his glory days with the new, new, no we really mean it this time, new issue 1, but that’s for another review.