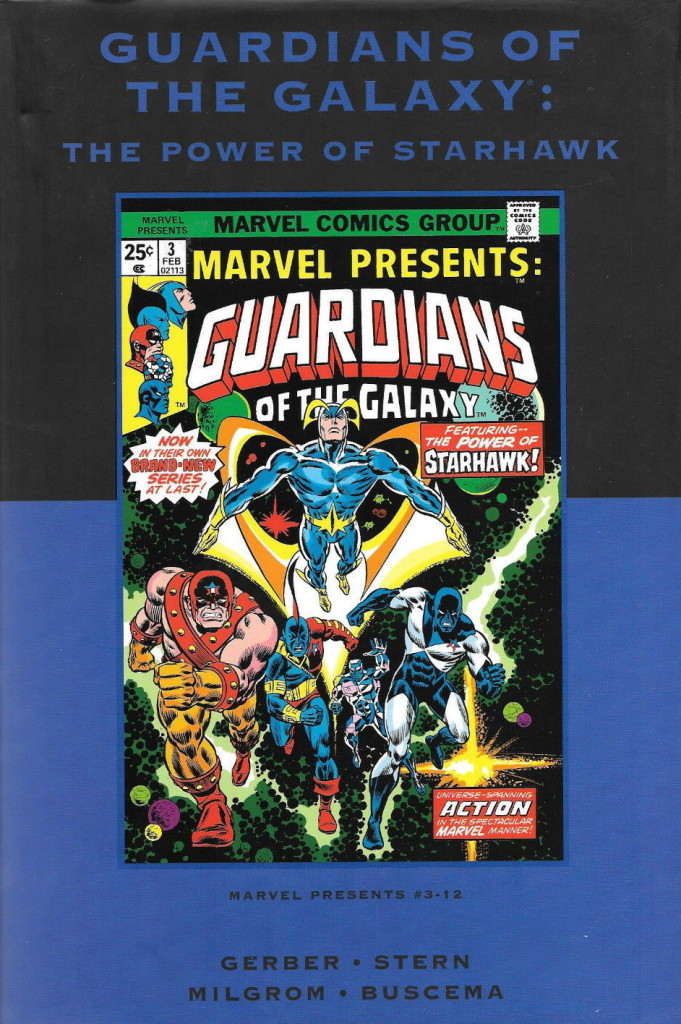 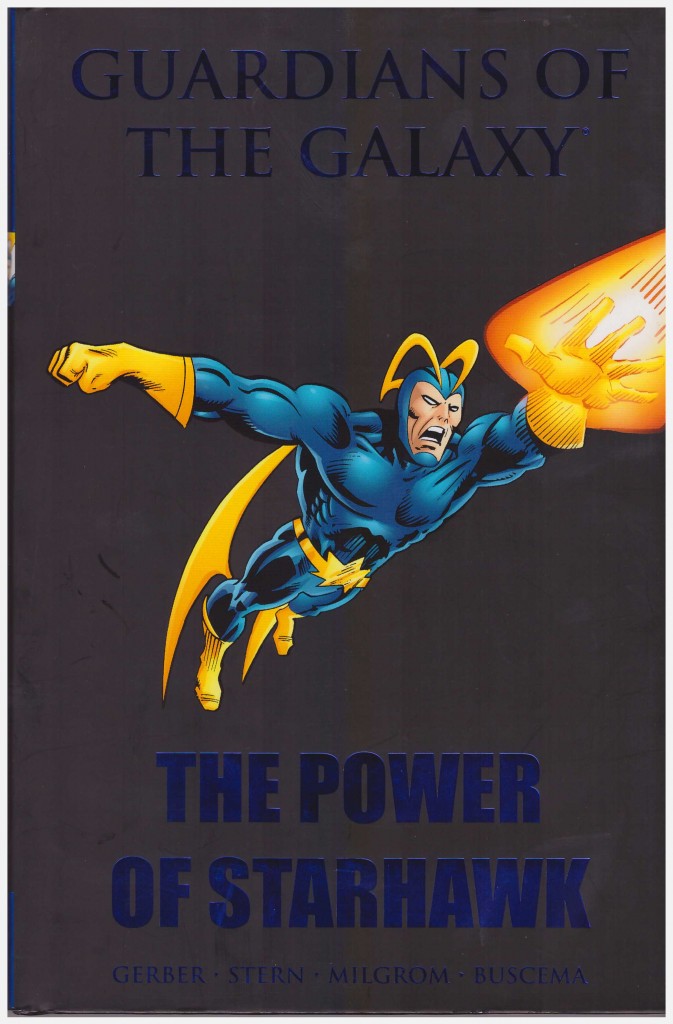 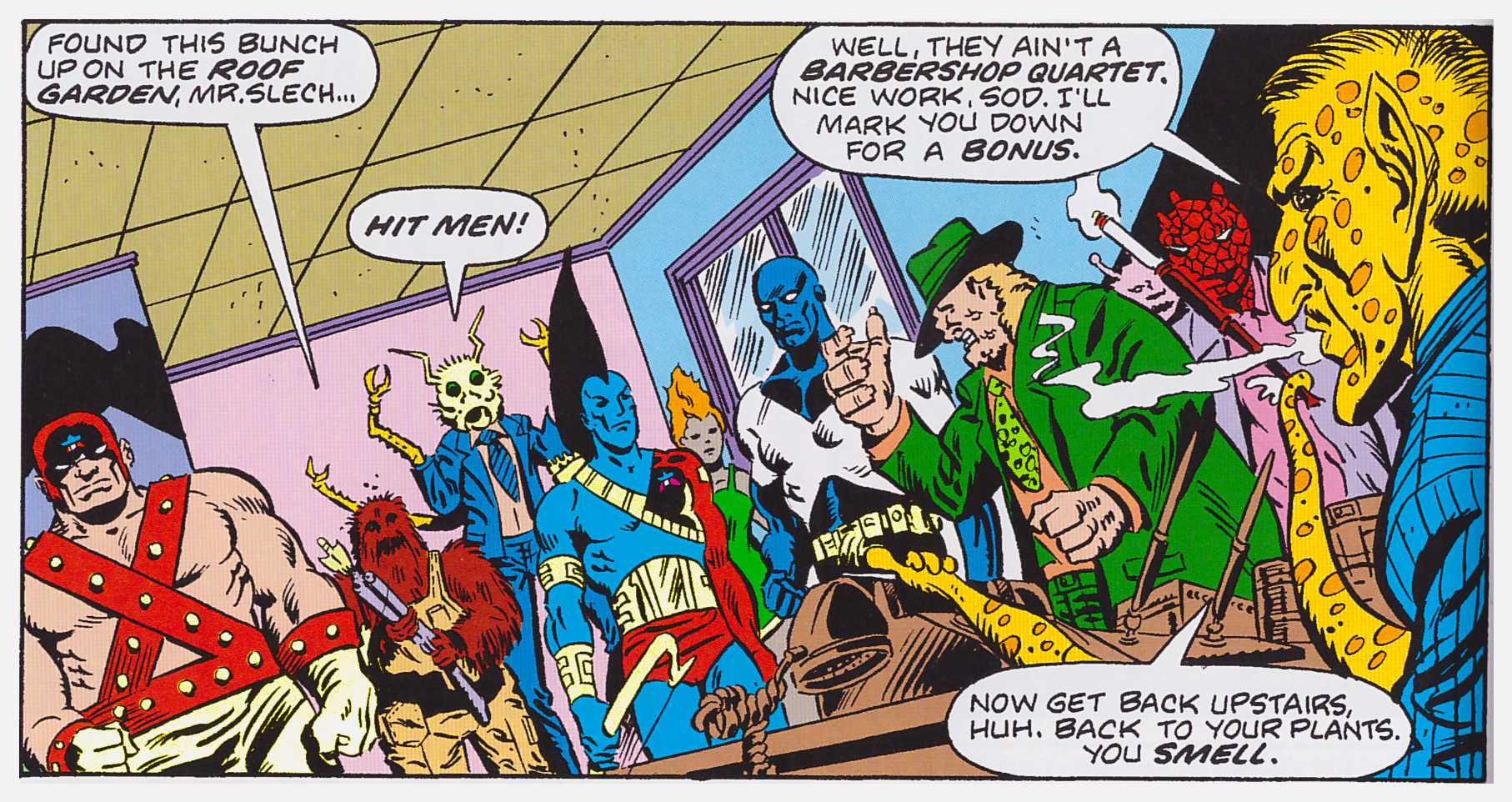 In Earth Shall Overcome Steve Gerber revived the moribund original 30th century incarnation of the Guardians of the Galaxy. His tinkering was successful enough to result in their own series, reprinted in The Power of Starhawk. Both books have since been combined as the first volume of Tomorrow’s Avengers.

It’s a mixed bag. Gerber-written comics rarely lack ideas, and his method of dealing with the Badoon, the race of alien lizards who’d enslaved Earth, is masterful. There’s a fine compact sequence of the individual Guardians experiencing life during peacetime, the introduction of the younger and impulsive Nikki is welcome, and Gerber fleshes out the characters of the cast, often in quite subtle fashion.

The extremely powerful Starhawk is a problem. Gerber was prone to throwing random elements into his plots, figuring out the whys and wherefores at a later stage, and Starhawk occasionally switching from male to female was one of them. Intended to be aloof, his enigmatic pomposity wears extremely thin. The background eventually supplied by Gerber’s successor, a young Roger Stern, gathers all Gerber’s clues into a faintly ridiculous hodge-podge. Stern would improve. Not that the finger can’t also be pointed at Gerber whose conclusion to the muddy story of a corrupting composite entity might have prodded the boundaries of what was acceptable in a 1970s superhero comic, but it’s also risible.

It’s very telling that the best chapter of a series with an entire galaxy to explore is Gerber’s satire of 1970s New York. John Buscema’s art on a connected Silver Surfer tale apart, the entire book is drawn by Al Milgrom. It’s fair to say that Milgrom is no-one’s favourite artist, but his space sequences are well rendered, and it’s interesting to see the differing effects of an army of inkers working on his pencilled art.

Stern’s final story of the Guardians acquiring a base and disposing of the malevolence within is a decent indicator of his rapid improvement as a writer, but it was too late for the Guardians, whose title was cancelled. Their greatest moment wasn’t far off, though, as part of one of the best ever Avengers stories.