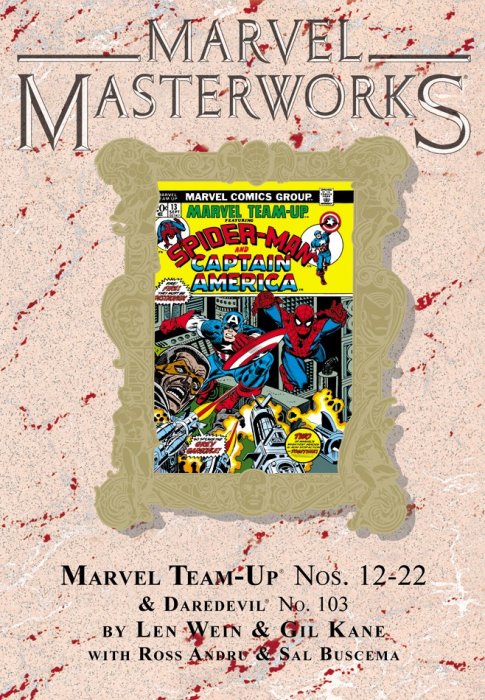 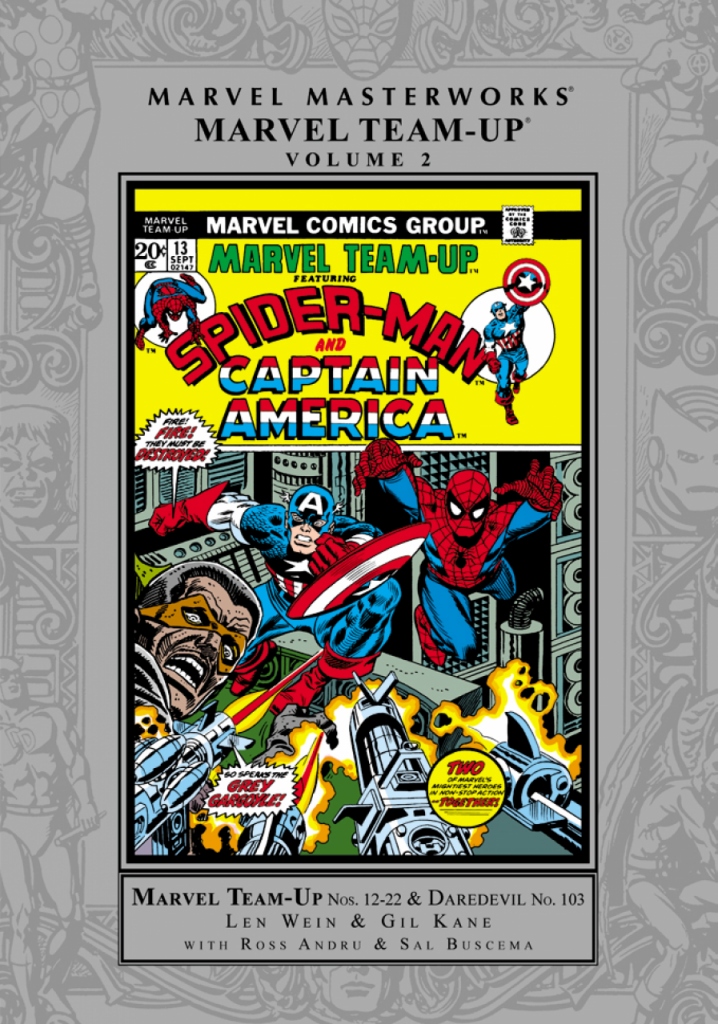 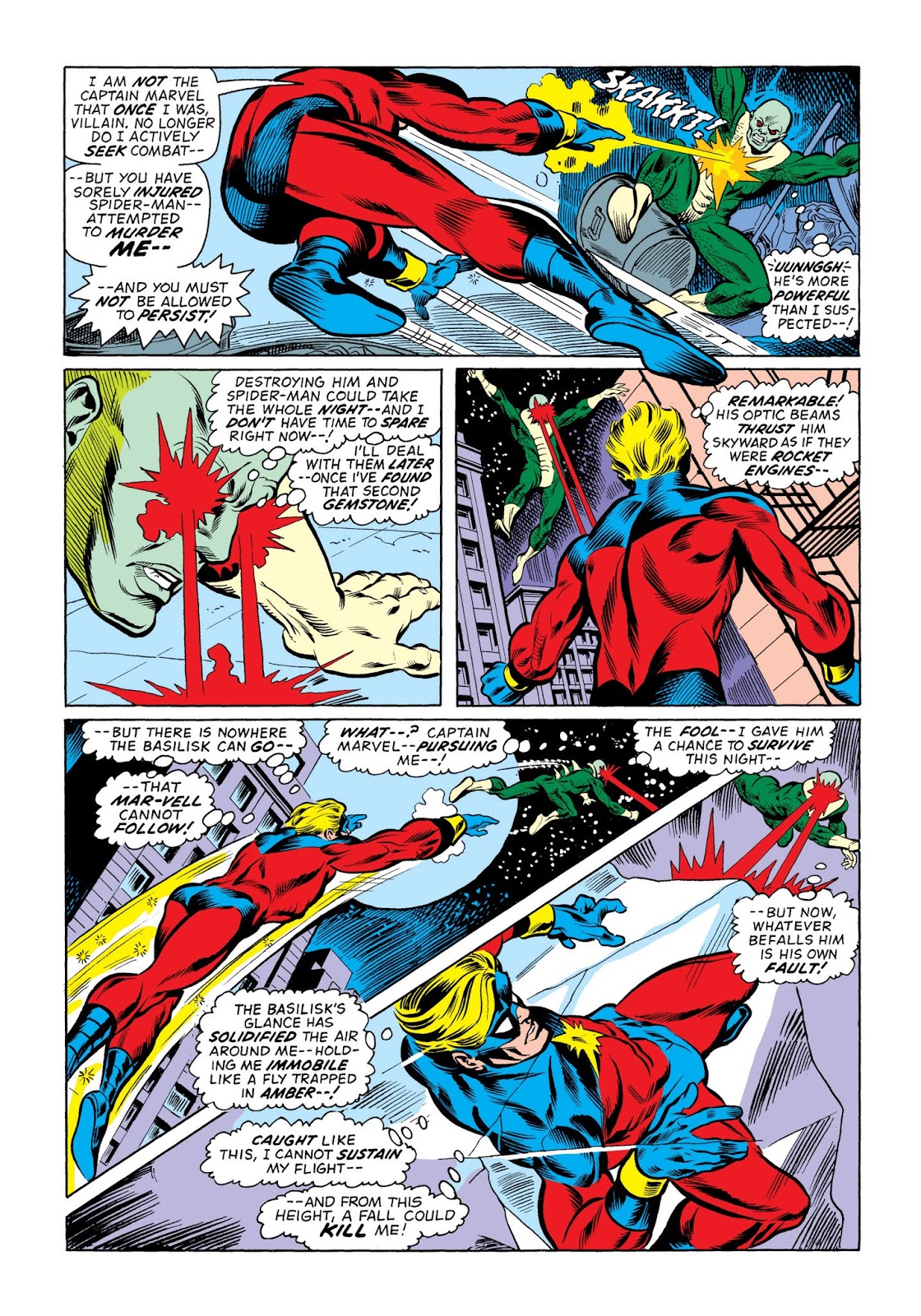 The first batch of Marvel Team-Up stories collected in the Masterworks format had the redeeming factors of some halfway decent opening material and the art of Gil Kane. With this volume any quality is solely down to Kane, as an uninspired Len Wein delivers one tale after another featuring insipid new villains such as Stegron the Dinosaur Man. He injects himself with dinosaur DNA effecting a transformation into a human/dinosaur mutation, then hotfoots it to the Savage Land in order to round up an army of dinosaurs with which to invade Manhattan. As you would. Or Basilisk who’s conveniently named Basil Elks and is transformed by an exploding power crystal into the lizard creature so similar to his name. Then there’s the Orb, the bike-riding villain with a giant eyeball for a head revived for Original Sin.

Wein’s treatment of pre-existing villains such as Grey Gargoyle, who can turn to stone with a touch, and Negative Zone powerhouse Blastaar (go on, take a guess) is no better, reducing them to motiveless page fillers. Another story features different power crystals. Four of the eleven chapters on offer have Spider-Man fighting his supposed co-star before teaming with them. From one turgid tale to the next it’s obvious Wein didn’t care, so why should anyone else?

The exception is Kane, who illustrates page after page of this nonsense. This isn’t prime Kane art, although he appears to have enjoyed drawing Captain Marvel again, but still much better than the material deserves. Ross Andru and Sal Buscema supply the remainder of the pencilled art.

“Is my life forever to be plagued by costumed buffoons?” bemoans artificial intelligence Quasimodo in the final story here. After reading through this book you may well feel the same way. Will Volume 3 be any better?