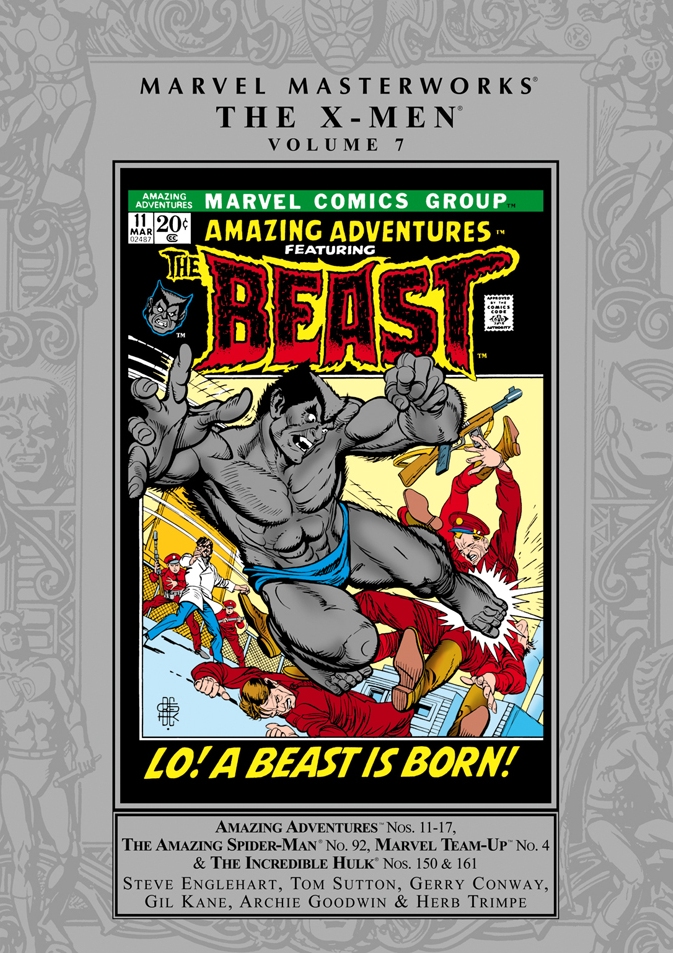 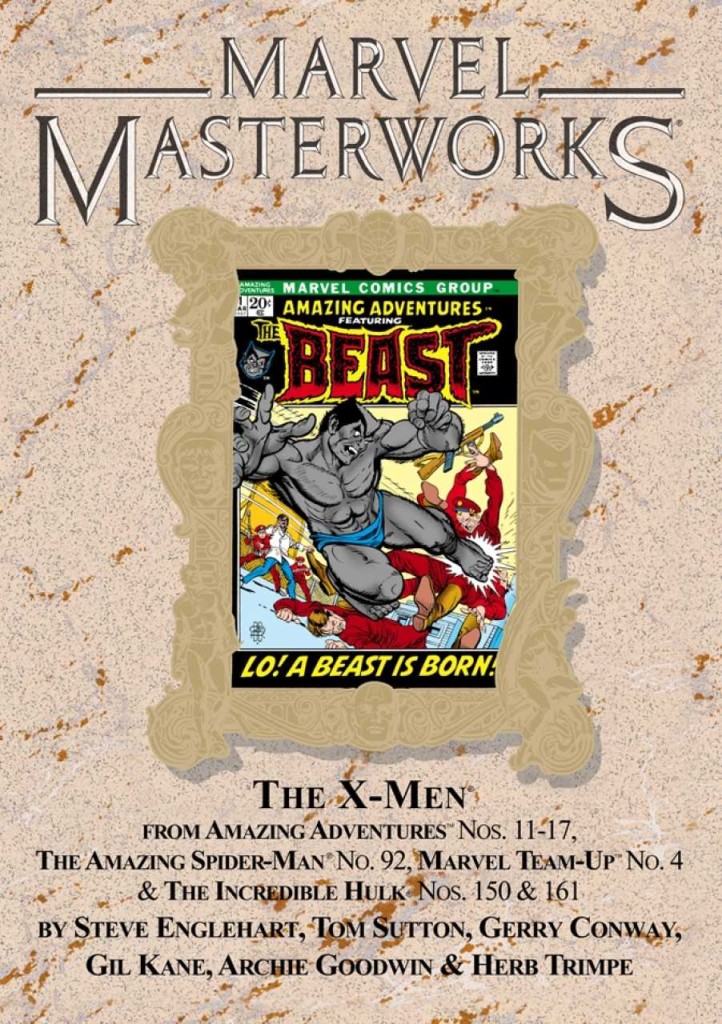 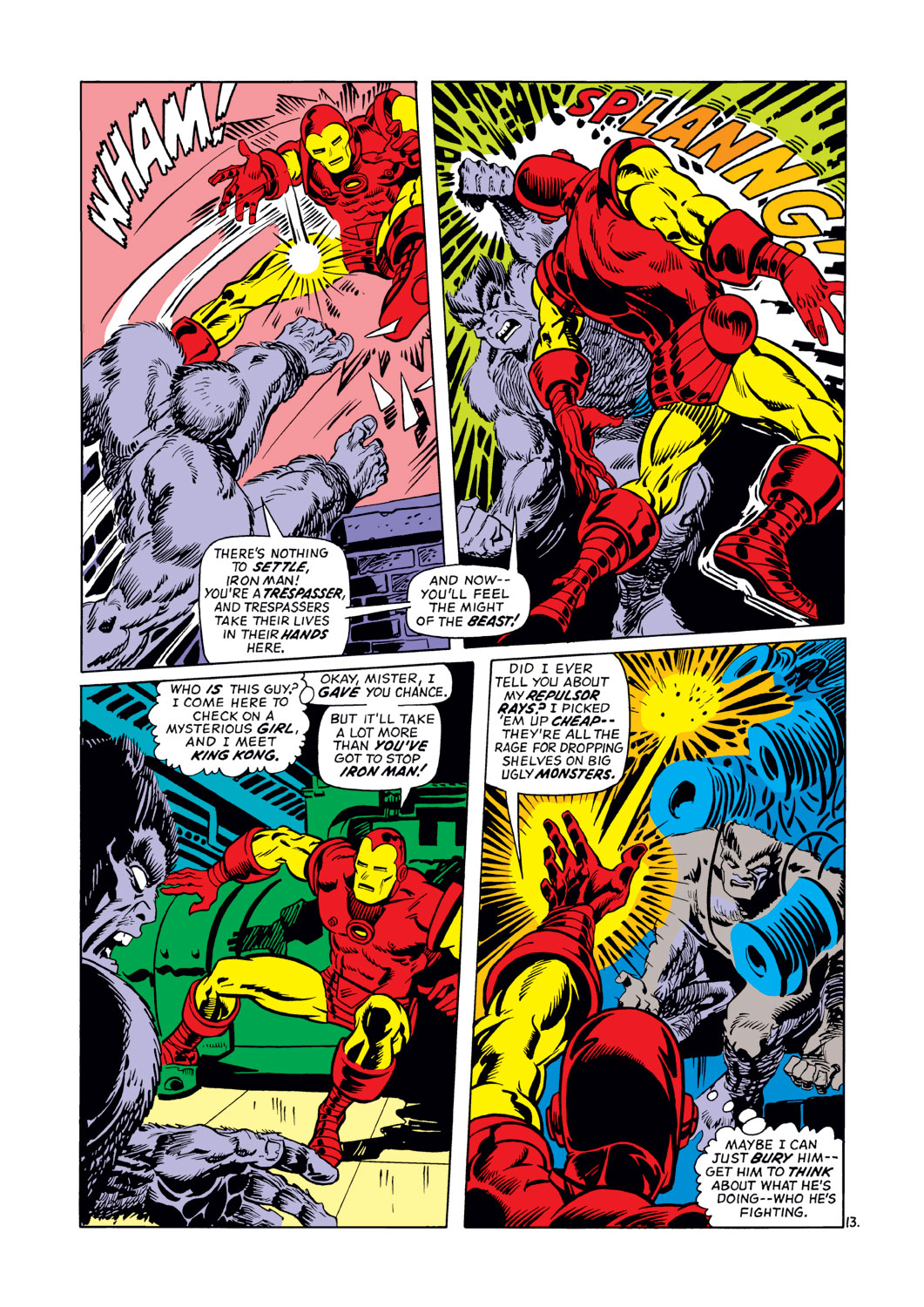 The previous volume marked the end of the X-Men’s own series – and it’s difficult to imagine a finer finale – but not the end of their participation in the Marvel Universe; singly or as a team, they continued to make guest-appearances in other comics, and those appearances have also been diligently gathered together in Masterworks volumes.

The primary focus is the solo Beast series from the early 1970s. Mild-mannered and multi-syllabic Hank McCoy, having left the X-Men for a position as a research scientist, discovers a serum capable of temporarily mutating anyone. When an attempt is made to steal his research, he uses the serum himself so that Hank McCoy won’t be seen using super-powers. Sadly, he waits too long to counteract the serum, and its effects of charcoal-grey fur, pointed ears, fangs and an atavistic, ape-like physiognomy, are permanent. No longer able to pass as human save for the most elaborate and uncomfortable disguise, his life becomes a living hell as he is racked with violent impulses – and then he finds out that his assistant and girlfriend, Linda Donaldson, has a hidden agenda.

Skilfully written, primarily by Steve Englehart, this solo foray for the Beast was a moody and atmospheric series, aided by the artistic talents of Tom Sutton. Despite several crossovers from more established heroes and villains, the series didn’t catch on, but it did bring back former teen-queen Patsy Walker as a discontented Air Force bride, opening the door for her to eventually become Hellcat. The remaining plot threads are tied up in Captain America: Secret Empire, or collected in the next volume, and the rest of the volume reprints one-shot stories. Havok fights the Hulk, the Human Torch and Iceman have a misunderstanding, the X-Men team up with Spider-Man to tackle Morbius, and so on. Some of the work is nice, but the overall lack of coherence makes it a switchback of a read, with the Beast saga by far the best component.

Englehart provides the introduction, and a pleasant bonus is a cover gallery of X-Men issues 67-80, the reprint numbers which frequently featured new covers. 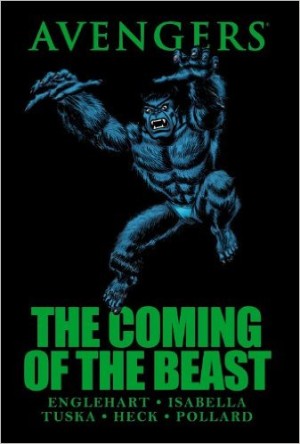