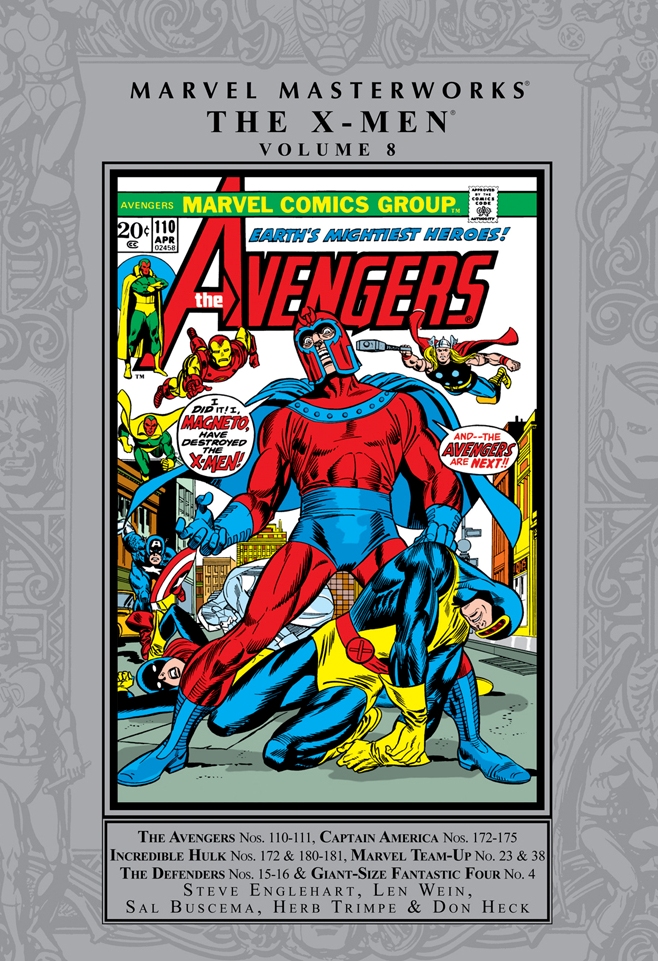 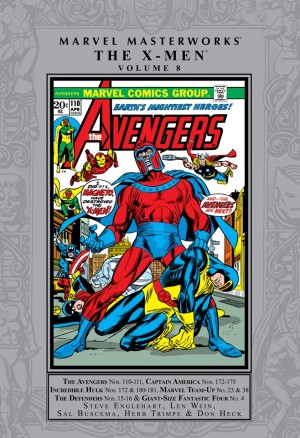 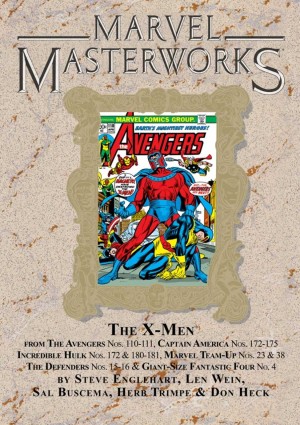 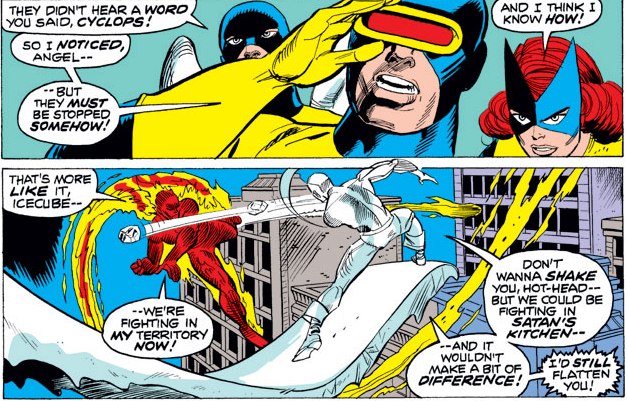 This final volume of X-Men Masterworks collects all of the miscellaneous tales from the 1970s in which the old X-Men guest-starred, as well as early appearances from a couple of characters who would eventually join the New X-Men or one of its innumerable spin-offs.

As such, it’s mainly tired and desperate. The standard of creativity had slipped catastrophically over the whole Marvel line between the 1960s and the 1970s. In addition to the creative rollercoaster effect of having the characters portrayed in one or two issues in different series, there are simply too many slapped-out pages by artists who either had ceased to give a crap (Don Heck, Sal Buscema), or folks who knew their work would be steamrollered over by Vince Colletta inking, so why make any effort?

The writing is slightly better, but only slightly; it’s terribly earnest and would-be meaningful. Well intentioned, but pretentious without any backbone.

The determination of the editors in scraping together every remaining comic that even peripherally featured a mutant prior to the launch of 1975’s Giant-Size X-Men 1 is admirable, but this is one only for the most hardcore fanatic. Even Legion of Super-Heroes fans would find this level of completism a bit extreme!

The major selling point for fans of the ‘classic’ X-Men will be the reproduction of the Captain America issues that wrap up dangling plot threads of the Secret Empire storyline from the Beast’s cancelled series as reprinted in the previous volume.  There’s also a minor guest-shot in Avengers, taking down Magneto yet again, but other than that, it’s cameos and crossovers, odd issues of Marvel Team-Up, and the first appearance of Wolverine from the Incredible Hulk. By the time they’re shoving in an issue of Giant-Size Fantastic Four introducing Madrox the Multiple Man, who joined an X-Men spin-off, X-Factor, decades later, you’re rolling your eyes in disdain.

There’s a Steve Englehart preface and a Roy Thomas introduction, and bonus content includes the original character designs for Wolverine by John Romita, the conclusion of last volume’s cover gallery of X-Men 81-93, and sundry house ads. After this, the mutant franchise was handed off to the new team in Giant-Size X-Men 1, and we all know how that went. 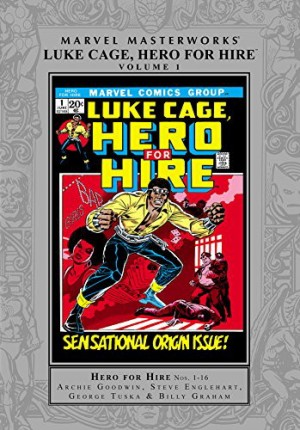 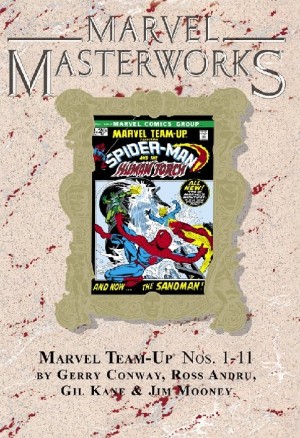 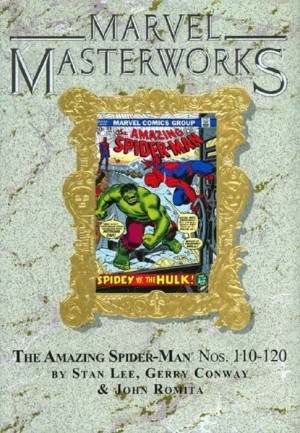