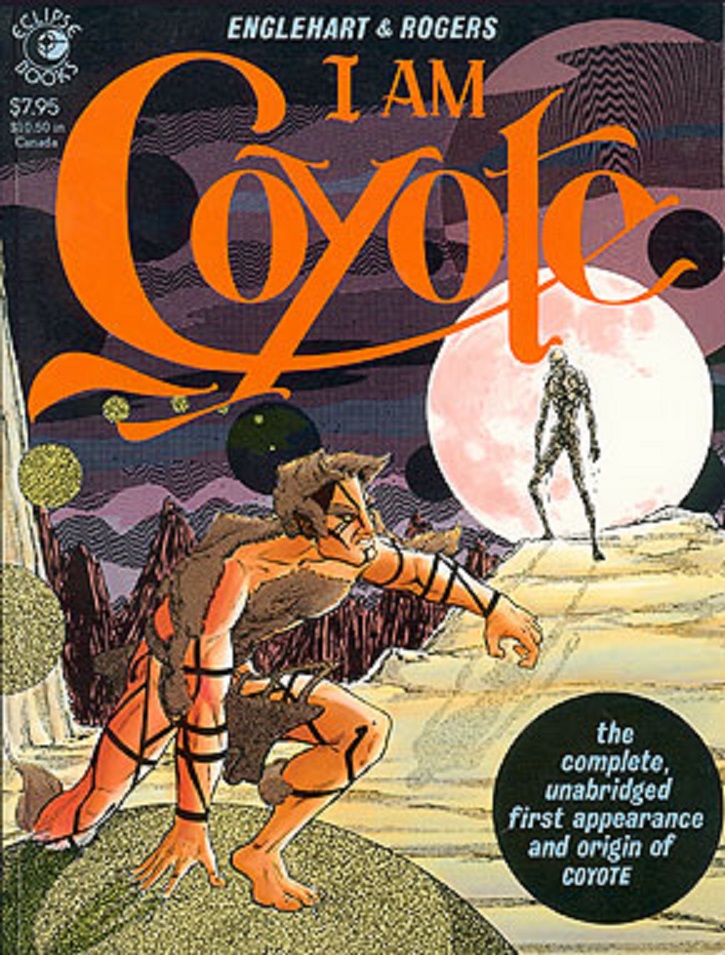 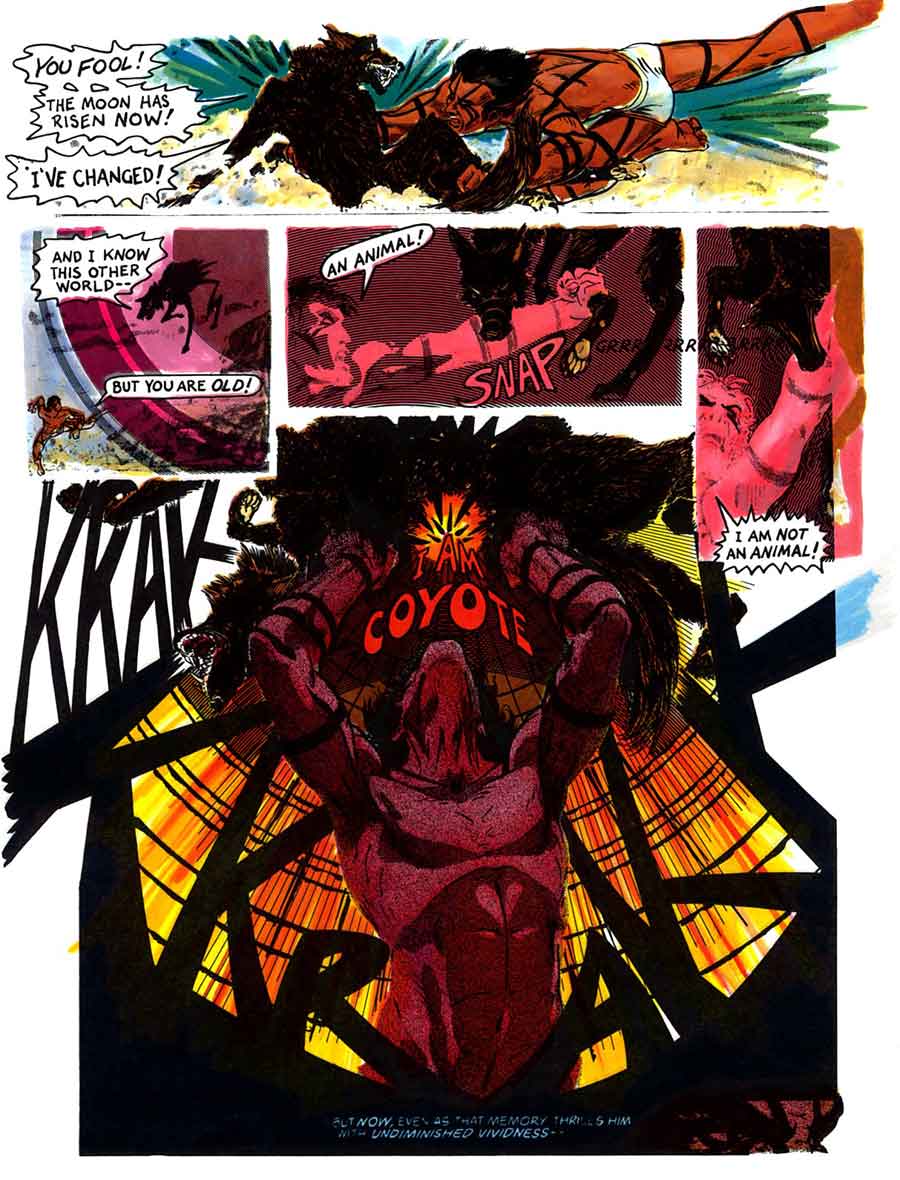 Coyote was the creation of Steve Englehart and Marshall Rogers, with the  titular character an Amerind orphan who developed shape-shifting and teleportation powers. This enabled him to assume animal characteristics, and the wherewithal to morally distance himself from his perceptions of humanity.  The original adventure detailed Coyote’s activities in and around Las Vegas as he battled a secret organization dedicated towards establishing that well-worn dramatic chestnut: a New World Order.

The teaming of Englehart with Rogers has seldom, if ever, failed to keep readers entertained, although this wouldn’t become known as one of the team’s better efforts. Still, Batman: Strange Apparitions remains one of the greatest Batman graphic novels and a high standard to emulate. Englehart’s story is at its best when it deals with Coyote and his one-on-one interaction with others (both enemies and lovers). The overall plot to take over the world, however, doesn’t exactly overwhelm the reader with its cleverness and is, for the most part, a McGuffin best employed to allow the characters to move along.

By comparison, I Am Coyote provides a triumph with Marshall Rogers’ art. Accompanied by Joe D’Esposito’s colour work, Rogers makes the titular character prowl, glide and flow like the were-animal he is. He excels at showing people in various stances of defiance and action; all of this framed by nicely realized scenes of Las Vegas and the surrounding desert. If the art ever hits a speed bump then it’s in the rare times when the major characters are standing still. As with Ditko’s Spider-Man, or Infantino’s Flash, Coyote was meant to be in constant motion; coming at everyone and everything from all directions. To quote Englehart directly: “To stand was an impossible joke”.

I Am Coyote is not as immediately memorable as other Englehart/Rogers collaborations, but hardly something to ignore, and a worthwhile bit of reading for the dedicated follower of fringe storylines. 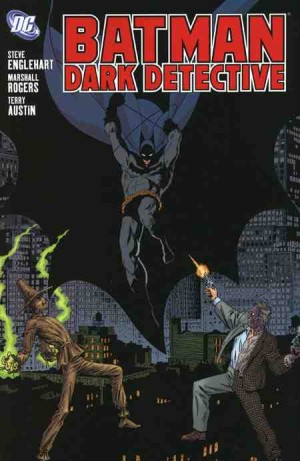