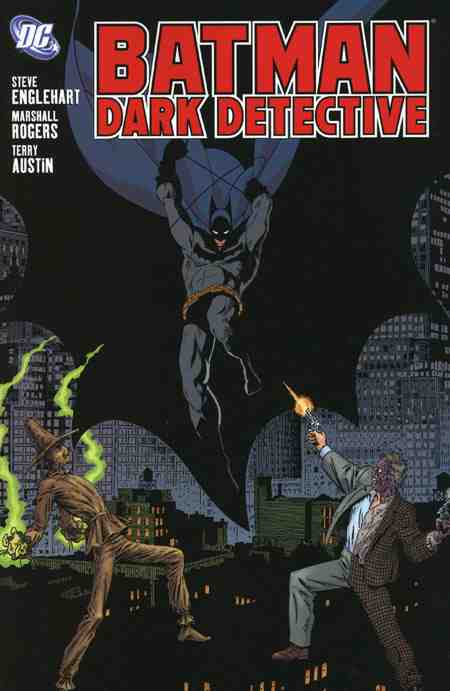 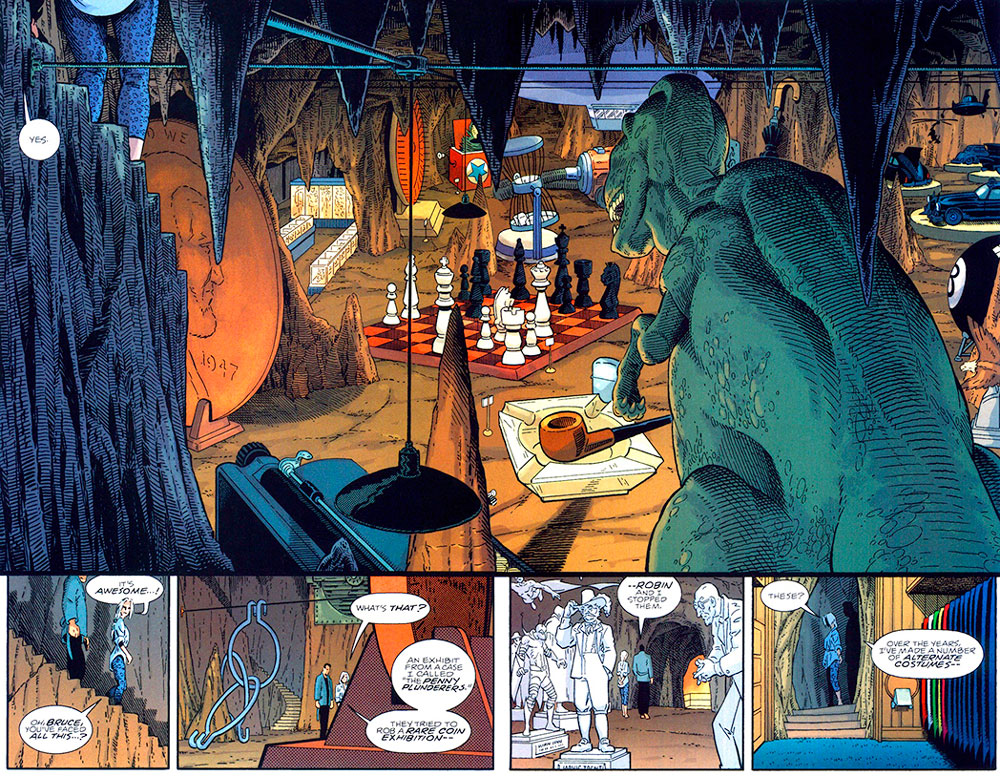 It’s election season in Gotham. A fundraising event for handsome, clean-cut senator Evan Gregory is gatecrashed by the Joker who announces his own candidacy for governor with his slogan of “Vote for me or I’ll Kill You!” He demands one million dollars in campaign financing from every single wealthy donor attending the gala. Anyone who doesn’t contribute to his campaign will die. Two-Face takes objection to the Joker’s mockery of the election process, and Batman is distracted by the reappearance of old flame Silver St Cloud, the only woman he’s ever really loved, now engaged to Evan Gregory. While he is occupied with her and an extra complication in the form of The Scarecrow and his fear toxins, Gotham’s voters are being murdered by the Joker. Who’s going to stop him?

All the ingredients are here for a promising, intricately plotted story, but neither the writing or the art of Dark Detective are anywhere near as polished as they should be. Englehart’s characterisation of the Joker is funny, strange and sharply written but it is buried underneath vast swathes of overwritten dialogue. Marshall Rogers fills his panels with activity, but the clarity of his layouts is gone and the very dark colouring smothers his detail and makes these pages a chore to decipher. But there’s little here to reward you if you make the effort. Not much of the plot makes sense, the behaviour of most of the cast is unconvincing at best and ridiculous at worst, too many arbitrary devices undermine the story and the ending… well. The contrived and silly resolution will have you throwing your copy across the room. Sad to say, there is little about this book that works. It’s a terribly disappointing arrangement of half-baked, over complicated stuff that obliterates the few good ideas underneath it all.

If you would like to preserve your respect for one of the best Batman stories of all time, don’t read this one.