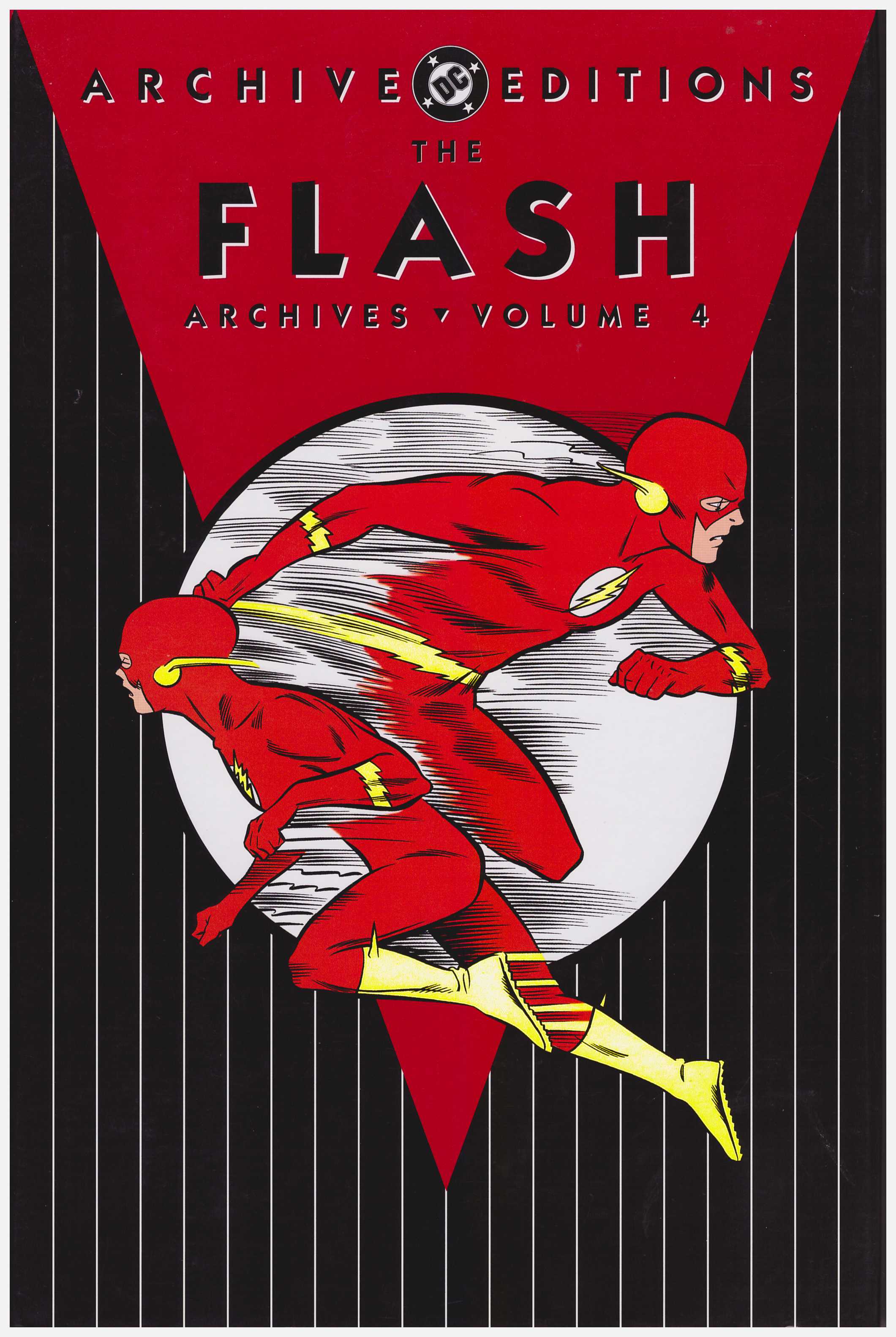 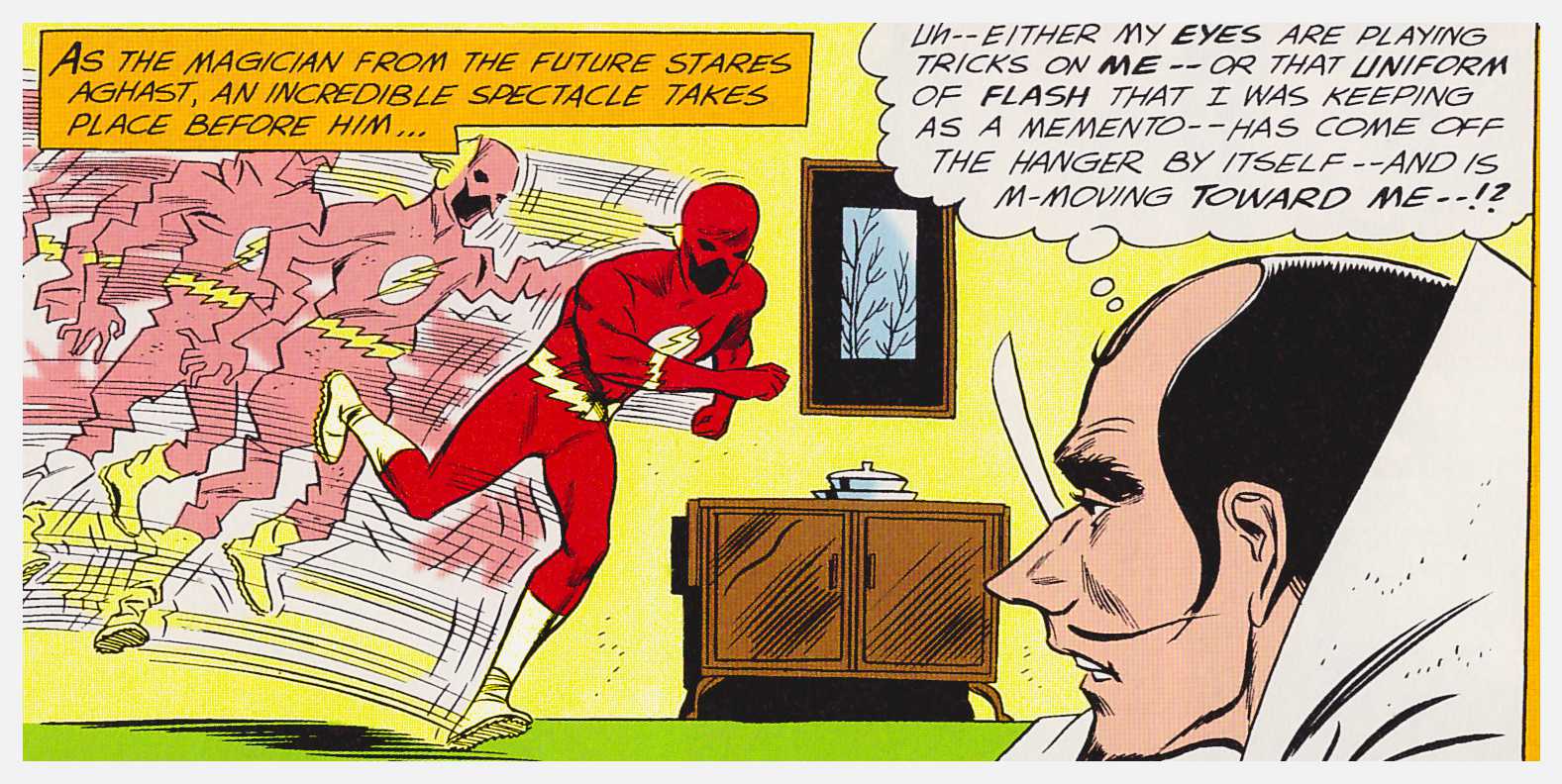 While other volumes have landmark stories, volume 4 is the one to pick up for a representative flavour of the Flash in colour during John Broome and Carmine Infantino’s inventive peak. For starters plenty of the previously introduced Flash villains make return appearances in the thirteen stories reprinted here. There’s Captain Cold, Gorilla Grodd, Mirror Master, Trickster and Weather Wizard. Then there are teamings with the original Flash, Elongated Man, Green Lantern and Kid Flash, more full length stories than any other Flash Archive and the return of Barry Allen’s childhood sweetheart Daphne Dean. The Flash is transformed into the heaviest man on the planet, and a new villain is introduced. Ladies and gentlemen, boys and girls, travelling back in time from the 64th century, let’s have a big hand for Abra Kadabra, who uses the advanced science common in his era to generate the appearance of magic in the 20th century.

By this period Flash was alternating between clever superhero stories, often involving some sort of trap, and science-fiction adventures. The science-fiction material doesn’t stand up as well, lacking the thought and invention that characterised the traps set by the super-villains. Gorilla Grodd’s return is within a human housing his mind and Flash has to figure a way out of a device that will explode underneath him if he moves a muscle. Ranked against that, giant insects and birds with human heads don’t cut the mustard, particularly as Infantino’s strengths as an artist didn’t encompass the design of convincing aliens. Throughout the series most of his aliens could be rapidly re-worked into cuddly toys.

As ever, the Flash Archives offer a charming glimpse into a bygone era when thrilling plots were king, but those wanting anything other than basic characterisation will be disappointed. For those unconcerned about colour and happy with pulp paper, these stories can also be found in Showcase Presents The Flash volume 2. 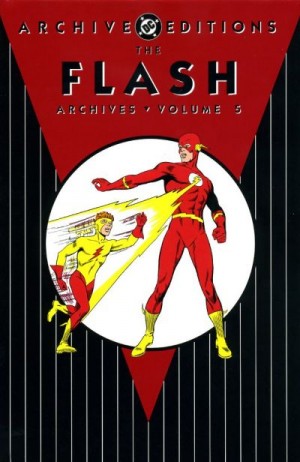 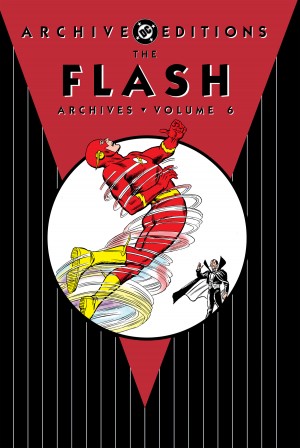 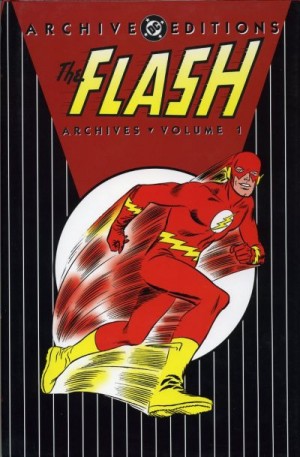 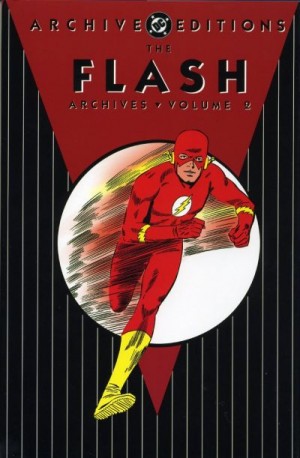