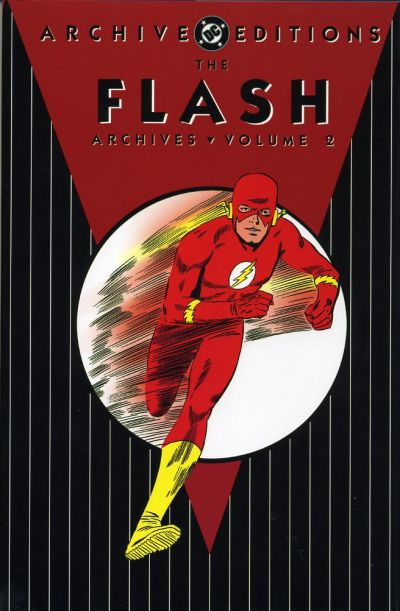 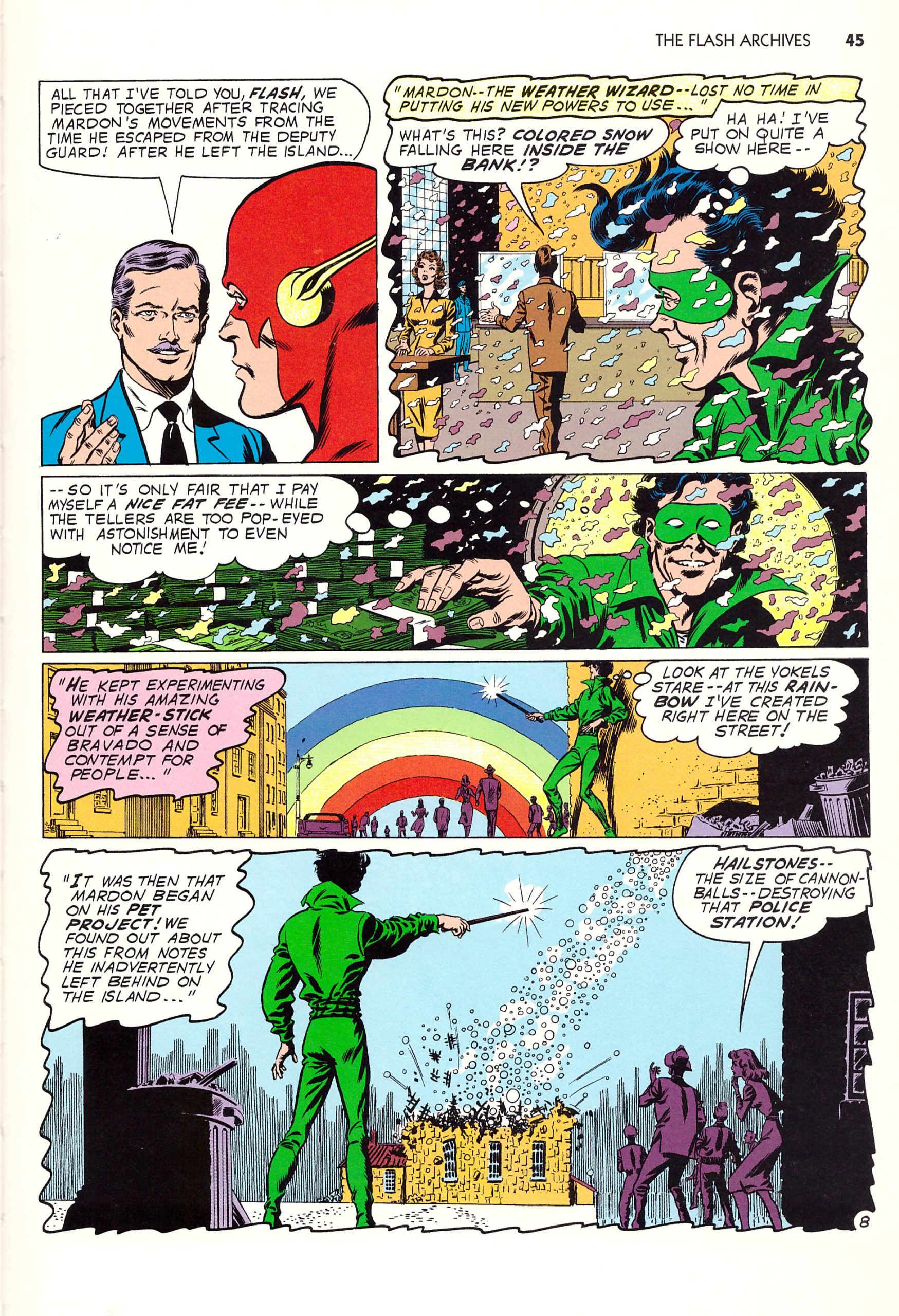 The first volume of Flash Archives reprinted the first three years of Barry Allen’s appearances as Flash, so slow were the contemporary verification methods of ensuring that DC’s re-booted character was in fact a success. Volume 2 covers year four.

By now John Broome is the only Flash writer, and he and penciller Carmine Infantino produce each of the sixteen stories collected here. The only variance is Murphy Anderson occasionally substituting for Joe Giella in inking Infantino’s pencils. Anderson has a slightly cleaner and more naturalistic approach, but surely only the extremely astute fan could differentiate without close study.

It may have taken DC well over two years to promote Flash into his own title, but they wasted little time in introducing Kid Flash, in modern terms a Mini-Me version in a scaled down costume. Aware of the similarity, Broome ensured the Kid Flash material contrasted the lead strip. They were set in a rural location, and concentrated on problems experienced or encountered by Wally West during his day to day life. There were no super villains, just extortionists, beatniks and a day out rally driving with his father. It added a third thread to the Flash repertoire alongside the super-villain stories, and the alien stories. A fourth would follow the introduction of Elongated Man as an occasional back-up feature, but here he just guests in the main strip. Also the work of Broome and Infantino, the stretchable sleuth was a re-working of Plastic Man with the wacky elements all-but removed.

Another notable introduction in this volume is the start of the cover-led story. Editor Julie Schwartz would commission a bizarre cover, around which Broome was tasked with creating an explanation. Handed ‘The Day Flash Weighed 1000 lbs‘, Broome delivered a plausible scenario while returning a favourite villain, Gorilla Grodd. Broome also adds The Weather Wizard and the Trickster to Flash’s cast and revisits Captain Cold and the Mirror Master in addition to Grodd. Two short stories per issue might not have permitted much in the way of characterisation, but the dense, plot-led tales entertain.

Footnotes become more frequent here, in accordance with Schwartz’s policy of educating as the comic entertained. In the 21st century it may appear a patronising conceit, but in an era where information had to be more actively solicited, it had a charm, and plenty of later comic writers fondly recall the science imparted as a sideline.

As with any other volume in the series, the early Flash stories aren’t timeless. They have an endearing charm, and Infantino’s well-designed pages now appear deliberately retro when once they were astonishingly modern. For those unconcerned about colour and happy with pulp paper, these stories can also be found in Showcase Presents The Flash volume 1, and are reprinted in colour on cheaper paper in Flash Chronicles 2 and 3.