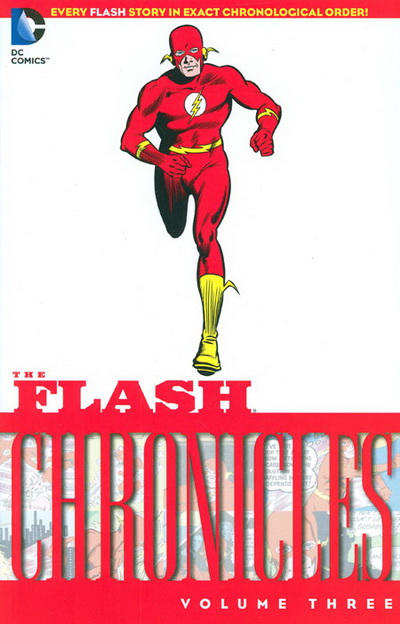 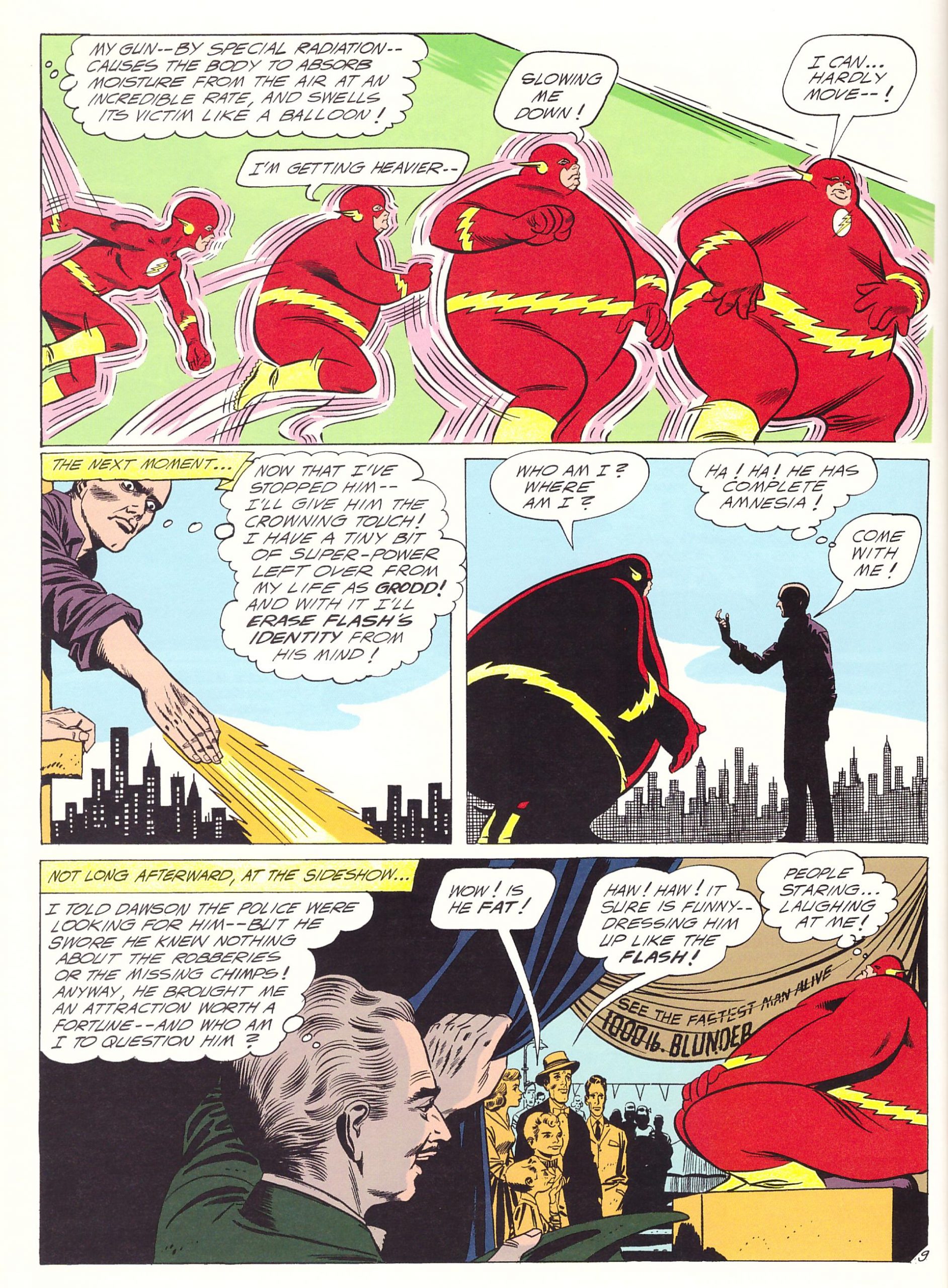 The first of the great Flash gimmick cover-prompted stories appears in this collection. “What’s happening to me?” asks a normal slimline Flash. “I’m becoming so fat…” continues an enlarged version, “*Puff*, I can hardly run” ends the super-sized Flash. An odd bald gent completes the illustration, shining a green ray at the unaware Flash. To his credit, handed that cover, writer John Broome turned in a credible story that addressed it and returned Gorilla Grodd besides.

Captain Boomerang and The Trickster are introduced, the shoes enabling James Jesse to walk on air providing an inventive visual, and Captain Cold returns, infatuated with Barry Allen’s girlfriend Iris West. While forgotten by his next appearance, over time Len Snart’s luckless love life would deliver an important facet of his character.

The rather slapdash origin of Kid Flash (see Chronicles volume 2) appeared to indicate usually inventive writer John Broome was less than enthusiastic about the character, but when charged to produce Kid Flash stories, he surprised. Wally West lives in a small rural community, and Broome’s stories centred on the problems experienced by the residents of Bluevale. These tend not to be caused by aliens from another dimension or Mirror Master, and as their focus is largely on ordinary people they stand up surprisingly well. Better, in fact, than some of the more ridiculous Flash material.

Talking of which, it’s not widely acknowledged, but before the landmark step of returning the original 1940s Flash (see Flash Chronicles 4), his comedy sidekicks re-appeared. Winky, Blinky and Noddy, clearly modelled on the Three Stooges are here recast as ‘The Madcap Inventors of Central City’. The whimsy quickly wears thin.

As with other volumes in the Flash Chronicles series, it seems positively tight fisted reprinting a mere six issues of stories already readily available in luxurious hardback Flash Archives 2 & 3, or the value for money 500 page black and white collections Showcase Presents The Flash.