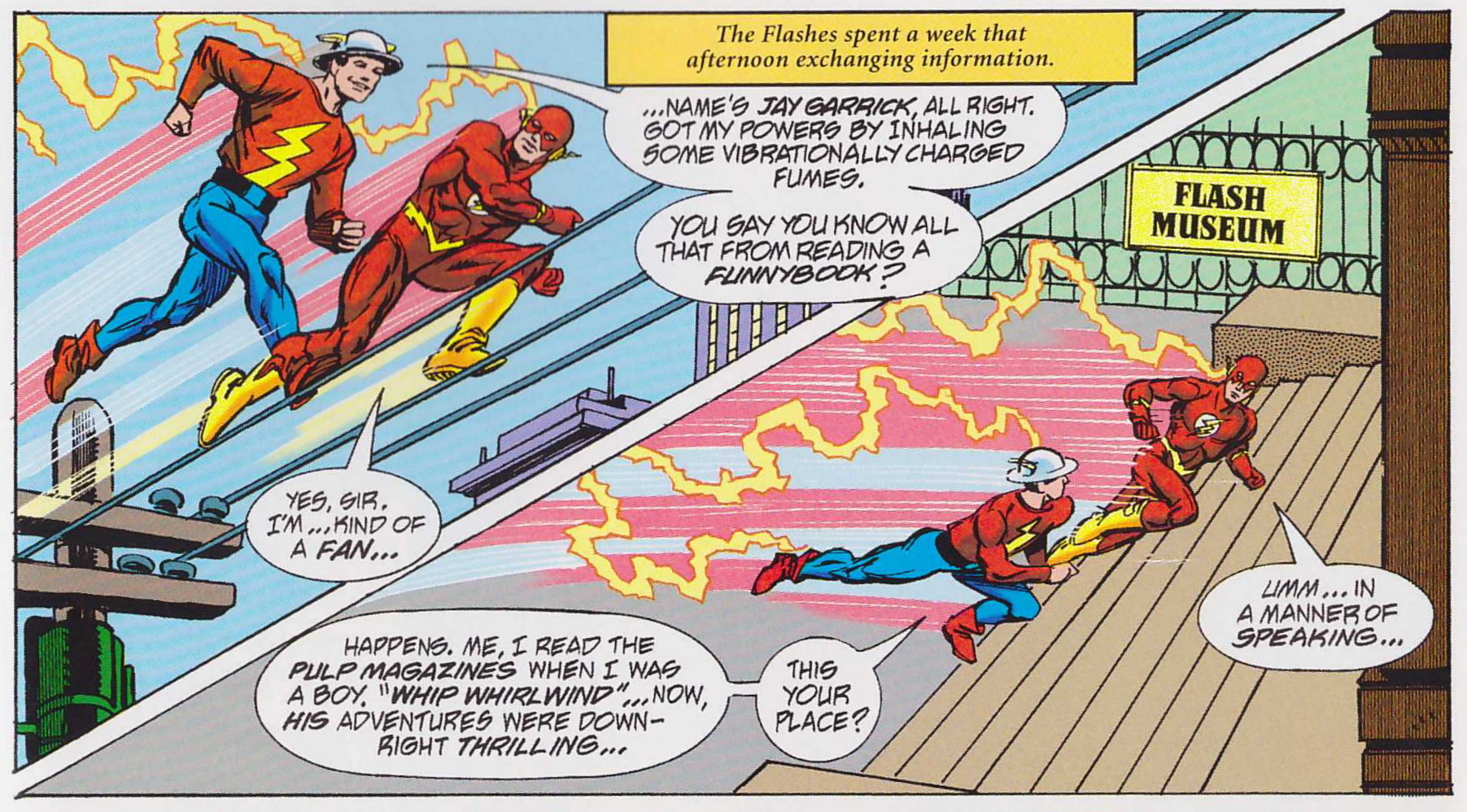 This is a rather odd, but courageous, attempt to try something a little different with superhero iconography. The Flash has been a tremendously successful and perennially popular DC Comics property since 1940 and there have been a number of different versions of his life over the decades, but none as oddly comprehensive as this candid chronology penned by his wife Iris Allen.

To Baby-Boomers, the ‘proper’ Flash is Barry Allen, whose introduction in 1956 began the second age of superheroes, which doesn’t seem to have abated yet. After a spectacular career of world-saving and villain vanquishing Barry perished valiantly during the 1985 Crisis on Infinite Earths event, to be succeeded and perhaps superseded by his own sidekick, Wally West. Until he was brought back.

Thus, by blending original comic art, deftly recovered clips and new bridging prose, this tell-all-tome relates Barry’s history definitively (sic) in the form of a biography, which fell through time from the future during the Return of Barry Allen storyline. It’s a charming and absorbing acknowledgement of the character’s popularity.

On the other hand,  perhaps a better use of a readers money might be to invest in the original tales via one of the many and various reprint packages. If you must have the career of the second Flash rationalised in easy bites, the lavish art of Gil Kane, Joe Staton and Tom Palmer, supplemented by the précis of such knowledgeably dedicated scribes as Mark Waid and Brian Augustyn is perhaps the best way to digest it.