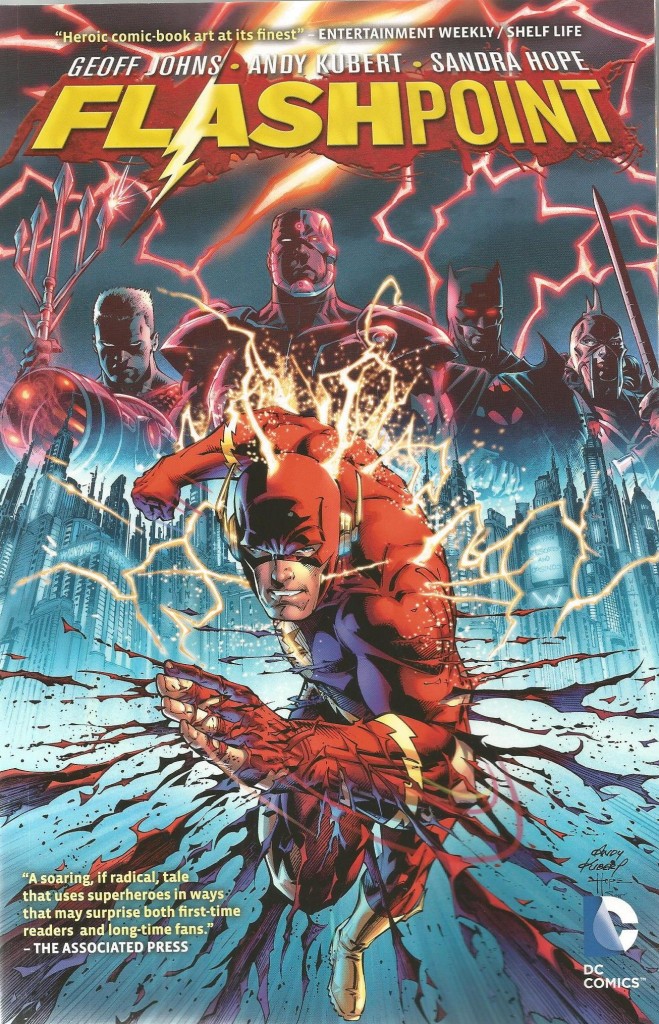 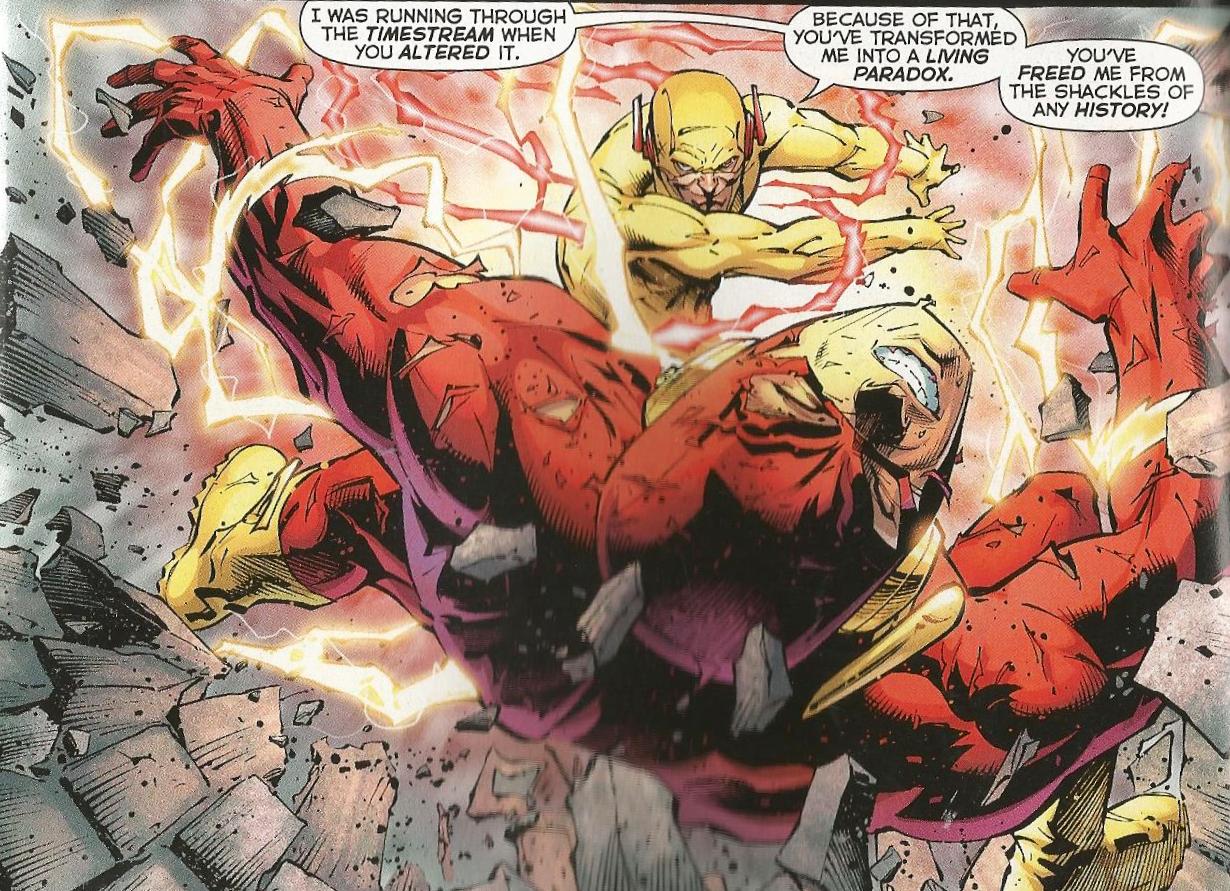 Barry Allen awakens in a world bizarrely altered from the one he knows. His memory of recent events is gone, as are his super-speed powers. No-one has heard of him, or of his heroic career as the Flash. And both friends and enemies have new and disturbing guises. The respective monarchies of Wonder Woman and Aquaman are involved in a bloody war, Batman is not who he should be, and there is no Superman.

Geoff Johns provides a tense drama that grips from the outset, as the reader follows Barry’s struggle to regain his powers and memory, and to discover who or what is responsible for this broken-mirror image of his own world. The Flash is the most ‘everyman’ of all the classic DC heroes, and therefore the ideal reader identification figure for this mystery. The rethinks of the other DC characters are sometimes shocking – the pacifist Amazons’ transformation into bloodthirsty viragos being the most extreme – but in every case, the progression is evident from the backgrounds we know. While ‘Elseworlds’ were a minor epidemic at DC in the last days of the 20th Century, becoming ever more prevalent and more absurd, this example possesses excellent internal logic, and is a compelling read.

Andy Kubert’s artwork is much more controlled than in the majority of his previous works, enhancing the narrative rather than subverting it. Yes, there are knockout double-page spreads and exciting full-page panels, but nowhere do they appear extraneous or forced. It’s Kubert’s finest work to date.

At the end, Barry has to face a City On The Edge Of Forever-type dilemma, torn between the imminent destruction of the Earth and the loss, once again, of loved ones rediscovered on this parallel version. It’s not even a decision for anyone as morally centered as Barry, but his emotional agony is poignant and moving.

Extras include a variant cover gallery, and a selection of character redesigns, including several who don’t actually play any major role in the main Flashpoint story.

There were myriad cross-over and tie-in series released in conjunction with Flashpoint, exploring other aspects of this strange new world and its history, but they are all completely superfluous to enjoyment of the main series.