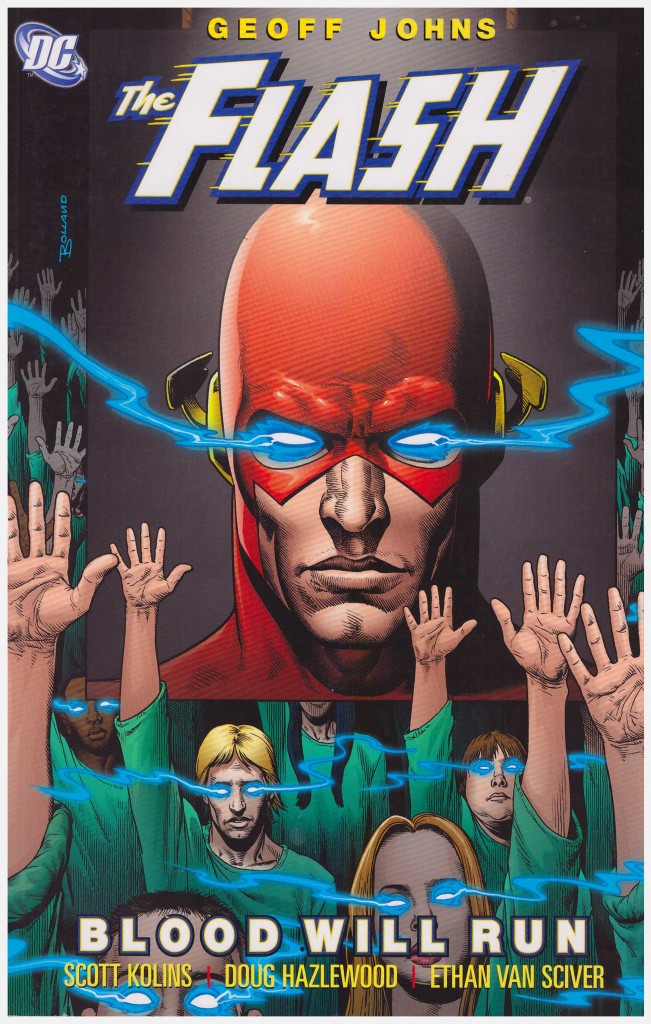 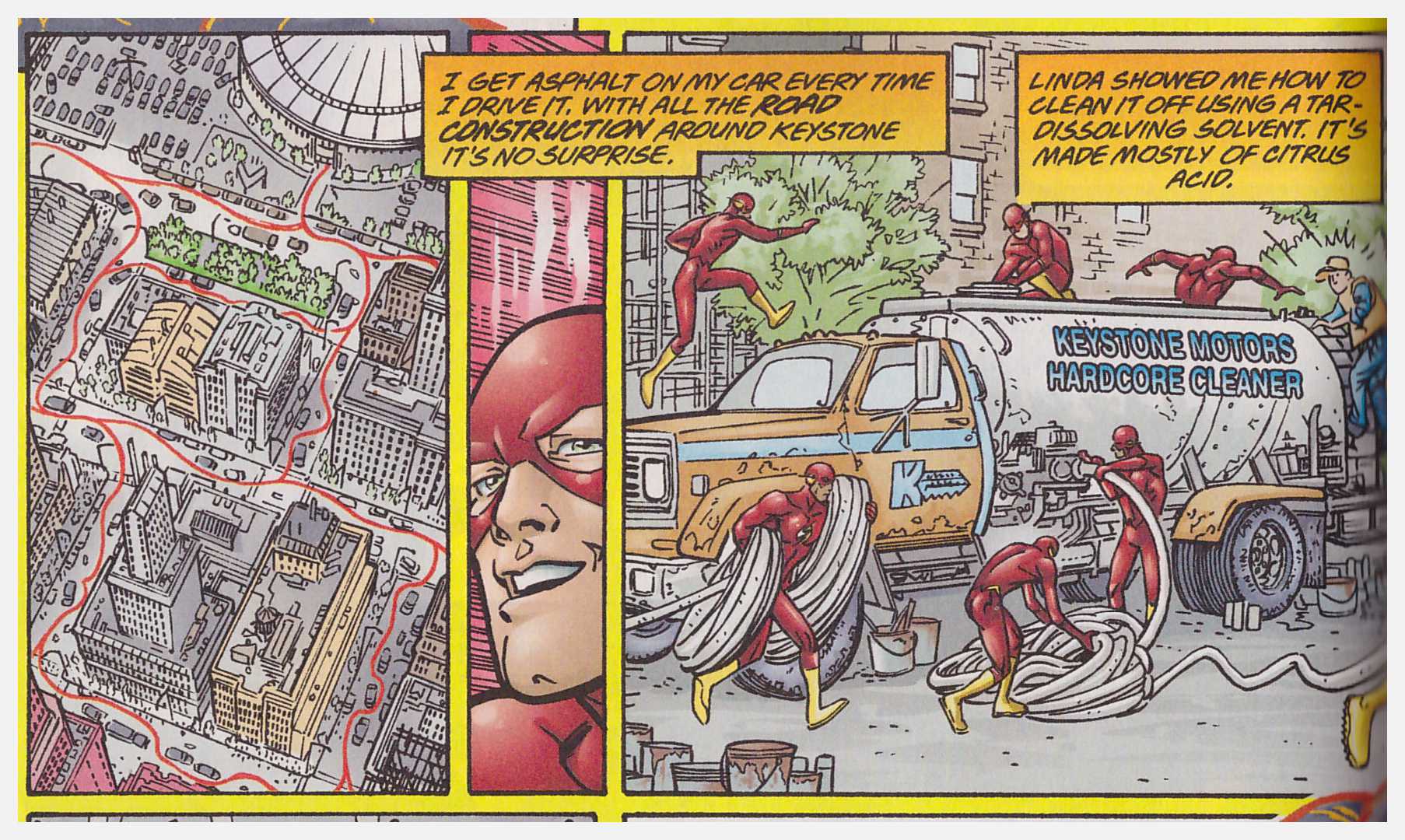 It was displayed in Wonderland that Geoff Johns took a while to settle into writing the Flash, and there’s significant progress in Blood Will Run. One immediate improvement is the appointment of Scott Kolins as penciller. Over almost a decade of fill-in stints on assorted superhero material Kolins honed his style into a form unique among superhero artists, his look greatly helped by the washed-out colours applied by James Sinclair. Kolins’ Flash is a lithe bolt of lightning in bright red, picked out from his surroundings, while Kolins relished the detail of debris. His layouts are very influenced by George Pérez, which is no bad thing as far as superhero stories go, and while verging on cartoon style people, he creates a consistent world.

For his part Johns implanted Flash’s home base of Keystone City as a blue collar base, his stories constantly reinforcing the industrial heritage, here via union unrest, and providing Kolins with a distinctive backdrop. The Keystone City police department are heavily featured throughout Johns’ run, and while a version of officer Fred Chyre was introduced in Wonderland, his counterpart proves more engaging. He’s an old fashioned honourable officer proud to serve, whose temper has restricted his promotion, and he’s often with the equally stimulating Detective Jared Morillo, who has interesting times ahead. Not as interesting, though as criminal profiler Hunter Zoloman also introduced.

The volume’s title refers to a horrific scheme initiated by the Cicada Cult, followers of a man who’s already lived over a century, and Johns commendably makes a point of attempting to enrich Flash’s world via a succession of new villains. They appear individually here, then united two volumes down the line in Crossfire. Johns also returns the Weather Wizard, who’d slipped into obscurity. There was something faintly ludicrous about a guy in a green costume waving a small wand to control the weather, but his redesign here is very effective. A new costume remains garish, but Kolins portrays the Weather Wizard with lightning crackling around his eyes, and perpetually hovering a few feet off the ground. The combination renders him altogether more sinister, and there’s a surprising reason for his reappearance.

Among Keystone’s landmark structures is Iron Heights, the local prison with a formidable warden who has a secret, and there’s a chapter acting as a tour guide. Guest artist Ethan Van Sciver’s portrayal is suitably foreboding with giant pipes dripping over eroded brickwork cells with iron bar window hatches.

The pacing of the Cicada story is slightly off, and it drags, but by the end of the book Johns has slipped into quite the groove. He’s introducing new characters, revitalising old, throwing in twists, foreshadowing very well, and if he’s not quite got a handle on Linda West, that will come. The fun continues in Rogues. This is gathered along with Wonderland in Flash Omnibus by Geoff Johns volume one.