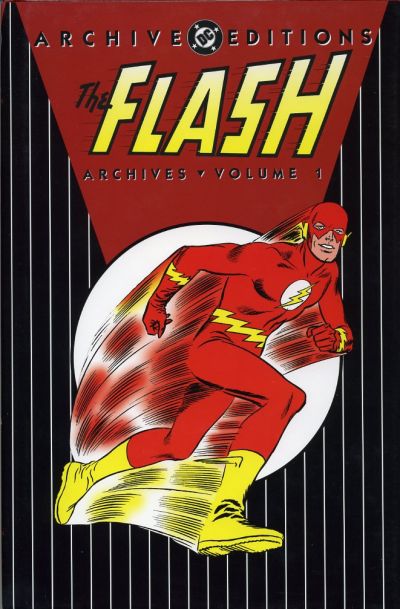 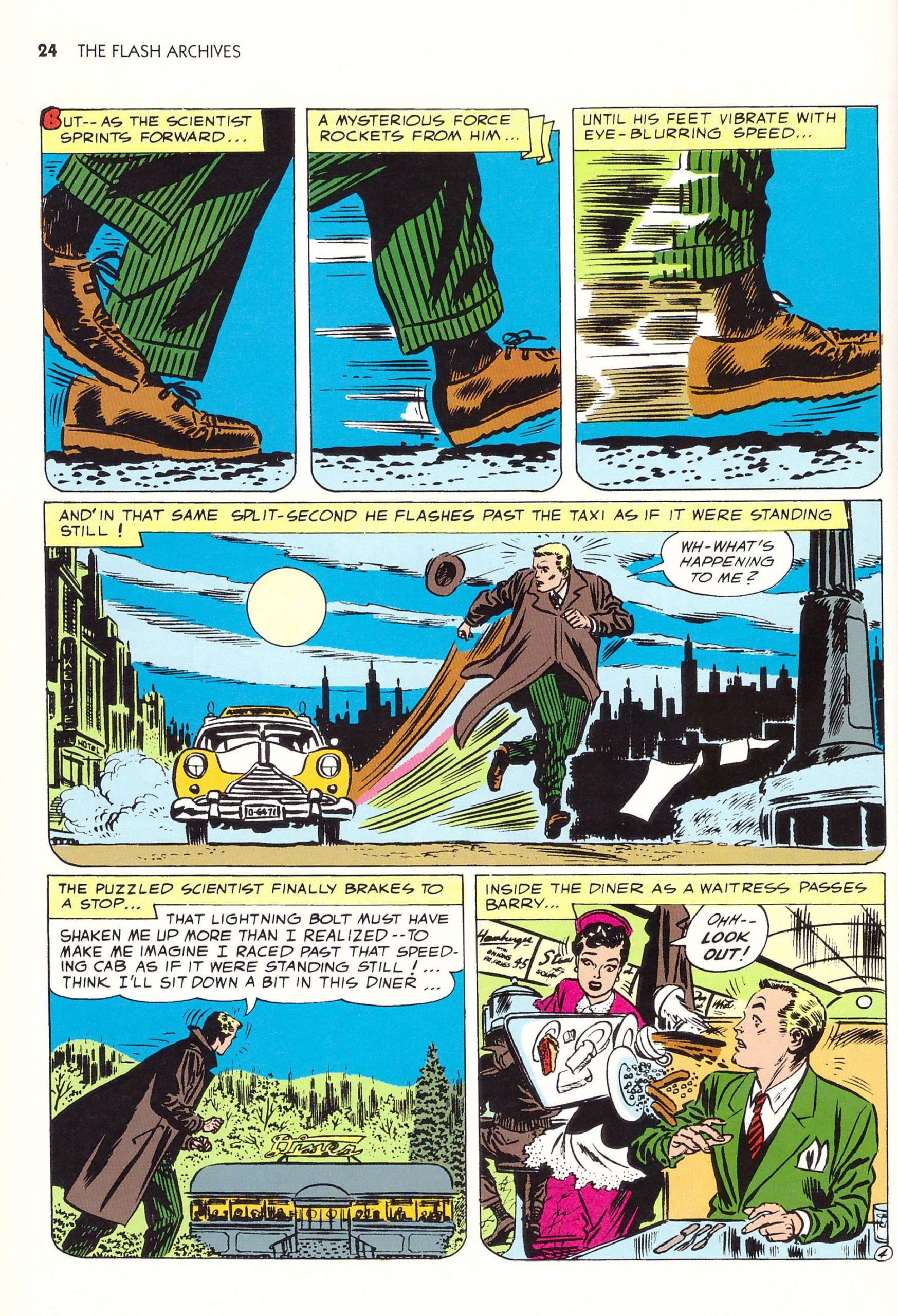 As reprinted in the Golden Age Flash Archives, the original Flash was a light-hearted hero in a distinctive red costume. He wore a winged tin helmet as a tip of the hat to his conception being heavily influenced by classical representations of the Roman God Mercury, and relied on super-speed trickery to sort out the villains of Keystone City. A story from his final issue in 1949 opens the volume, presumably for purposes of comparison. It’s typical of the era, and drawn by Carmine Infantino in the cluttered cinematic action style very much influenced by the newspaper strips of Milton Caniff.

Seven years later Infantino adopted a very different approach when rebooting the character. The Flash now wore a skintight red costume to race around the stylised shooting skyscrapers of Central City, the only element retained from his predecessor being the distinctively coloured speed lines, rapidly modified for greater density. Design was all for Infantino, and if the price of looking great was occasionally sloppy anatomy it was worth it. Even today there’s an appealing clarity to the art.

A hindrance to publishers of the 1950s was only becoming aware of a hit several months after publication, measured by whether or not returns to wholesalers were less than expected. The new Flash’s first three appearances spanned 18 months, over which it was determined whether or not the low returns of his first appearance were mere chance. For all the reputation of Flash’s 1956 revival kick-starting what would become the Silver Age of comics, this was a glacially slow progression. It was fully thirty months between the Flash’s first appearance and promotion to his own title, the numbering of which continued from the old Flash Comics, editorial wisdom being buyers would trust an issue 105 to have some pedigree.

While dated, there are nice touches to this initial material. The contrast between the fastest man alive and his persistent tardiness for dates is established early, as is a neat solution for a quick costume change: Flash’s costume compresses into a ring, from which it’s released when required. The device is so nifty, querying why the fastest man alive can’t retrieve his costume from anywhere can be ignored. Allen reads an issue of Flash Comics prior to the lab accident endowing him with super-speed, and journalist Iris West is an attractive update on the caricature that Lois Lane had become.

The Barry Allen Flash was defined by John Broome, who recognised the innate dramatic limitations of running at super speed. He supplied villains able to counter the speed with gimmicks of their own. The first appearances of Captain Cold, Mirror Master, Pied Piper and Gorilla Grodd are here, along with the debut of Mr Element, less popular despite a great design. Dr Alchemy is also introduced, his secret a well-worked surprise. Robert Kanigher scripted the final issue of the old Flash, wrote the origin of the new, and takes a different approach, focussing on impossible missions and alien worlds. For both, however, plot takes precedence over all but the barest dusting of characterisation. The editorial brief was to entertain young boys, and there’s an enterprising angst-free appeal to the material even now.

These stories will still induce a rose-tinted glow of nostalgic satisfaction to some readers, while to others they’ll be well-crafted timepieces lacking the depth of modern day superheroes. For those unconcerned about colour and happy with pulp paper, these stories can also be found in Showcase Presents The Flash volume 1, and most are reprinted in colour on cheaper paper in Flash Chronicles 1. 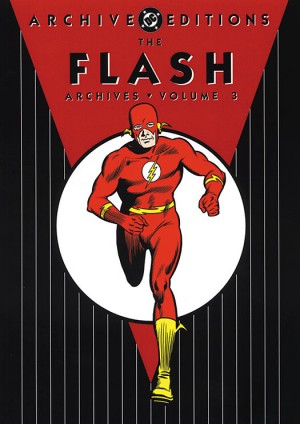