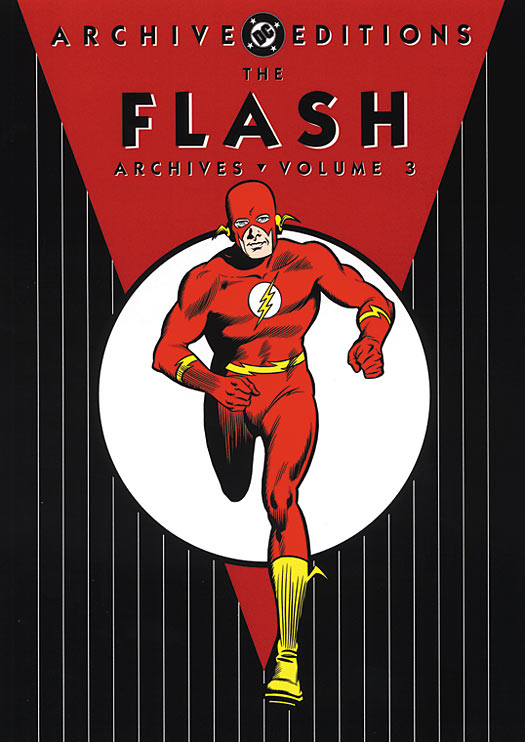 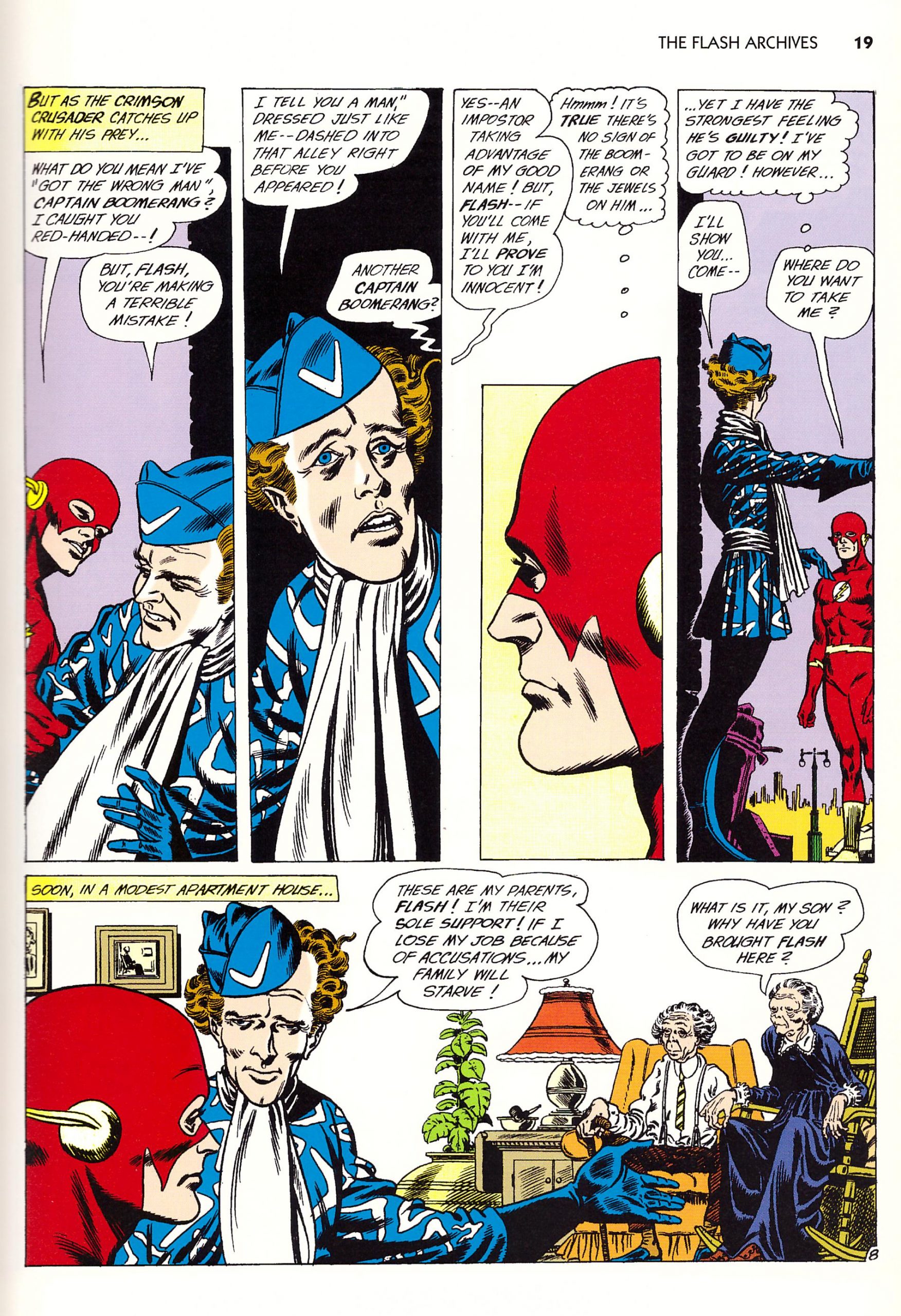 This third volume of Flash Archives contains a legacy for the generations. In the 1950s and 1960s editors at DC took a more direct hand in the creation of the comics they oversaw, either providing plots or conceiving them with the writers. Julie Schwartz had successfully re-booted The Flash, establishing in his first appearance that Barry Allen had grown up reading the comic exploits of Jay Garrick. In 1961 an editorial meeting with writer Gardner Fox developed an extension to that pleasing piece of whimsy, and the reverberations from the concept continue to shape the universe DC characters occupy to this day.

‘Flash of Two Worlds’ is among the 14 stories reprinted here. It establishes that if Flash uses his super-speed to vibrate at a specific frequency he aligns himself with the vibrational frequency of an alternate Earth. The defining element of the story, though, was this alternate Earth being home to the DC characters whose strips had been cancelled in the 1940s, enabling Flash to meet his predecessor. It was explained that the creators producing Flash’s adventures for comics somehow attuned themselves to this other Earth, an idea being used for The Multiversity in 2015. For all that it led to, the tale is no better or worse than much of the surrounding material, although there must have been some recognition of potential as it was only the second Flash story to occupy his entire comic. Then again, the first, also reprinted here is a by no means special teaming of Flash and Kid Flash.

It’s less publicised that Schwartz and Fox produced a trial run for the return of 1940s characters in ‘The Madcap Inventors of Central City’. Winky, Blinky and Noddy were barely modified versions of the comedy relief characters considered essential to the 1940s Flash stories. Considerably beyond their sell-by date even in 1961, the passage of time hasn’t increased their appeal.

The remainder of the volume is business as usual for primary creators John Broome and Carmine Infantino, illustrator of all the stories here. The first introduces Captain Boomerang. In 1961 the boomerang was a relatively exotic concept to the children of America, but can a bright blue smock-based costume with a boomerang motif ever have been advisable? Preposterous he may have been, but Digger Harkness has an element not possessed by the remainder of Flash’s villains to that point: the basis of a character. Obnoxious, and given a distinctive look by Infantino with a long expressive face and receding hairline, his return is rapid, back by the end of the book to menace both Flash and Elongated Man. The Top is also added to the Rogues Gallery, while the best new super-speed trick Broome devises is Flash and Barry Allen seeming to appear simultaneously.

For those unconcerned about colour and happy with pulp paper, these stories can also be found split between Showcase Presents The Flash volumes 1 and 2, and most are reprinted in colour on cheaper paper in Flash Chronicles 3 and 4.