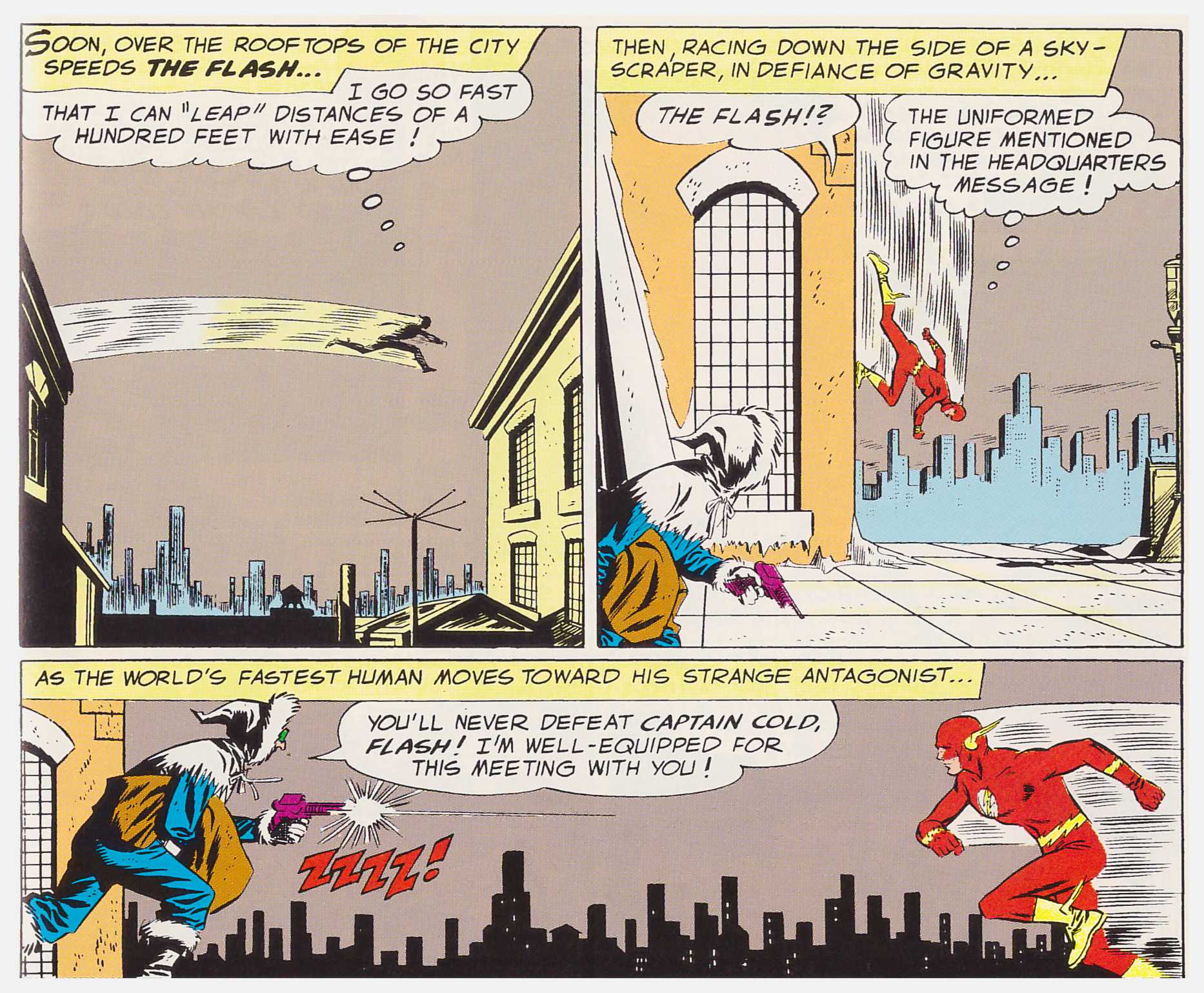 DC had already reprinted the earliest adventures of the Barry Allen incarnation of the fastest man alive in luxurious hardbound Archives, and in the Showcase Presents black and white pulp paper collections. The Chronicles series is the midway point, re-presenting the stories in colour, but on more traditional comic pages.

The first thing to note is considering the material had already been reprinted twice, presenting a mere six issues, not even covering the content of the first Flash Archives, is a parsimonious offering. Of course, as the stories widely credited for re-igniting a boom in superheroes, a genre many in the 1950s considered had had its day, the content has a historical significance.

The book opens by relating the Flash’s origin, showing Barry Allen reading a Flash comic (cover not actual) before being bathed in unique lightning-infused chemicals that bestowed him with super speed. Robert Kanigher’s story updates Flash’s capabilities from the 1940s model, introducing some innovative uses for Flash’s speed. He runs so fast he’s able to defy gravity to rush down the side of a skyscraper, and run over water without sinking, although not yet an ability to vibrate his molecules to pass through solid objects, here slamming into a brick wall. It was also Kanigher who introduced the concept of Flash compressing his costume into the ring he wears, only needing to flick a catch to release the costume, which expands in air.

Barry Allen’s early adventures as the Flash fall neatly into three categories, the science fiction beloved by editor Julie Schwartz, clever puzzles needing solved, and the pointer to the future, the activities of super-villains. Captain Cold is the first to be introduced, but Mirror Master, Gorilla Grodd and Pied Piper all arrive in stories reprinted here, along with the less popular Mr Element and Dr Alchemy whose shared secret is an inventive piece of plotting from John Broome.

A major factor in Flash’s success is the stylish design-led art of Carmine Infantino. Flash occupies a lot of open spaces, his bright red costume set against a backdrop of then utterly modern seeming skyscrapers, often suggested in silhouette or outline. With the importance attached to characterisation today, these plot-driven stories can seem quaint, with dialogue rarely employed for purposes other than moving the plot forward. They entertain, though, which was always the purpose. 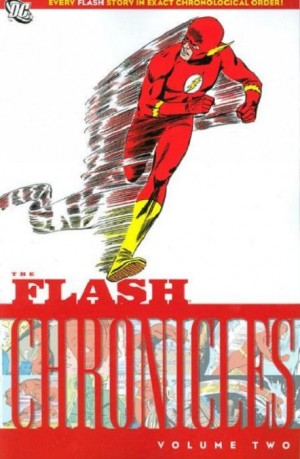 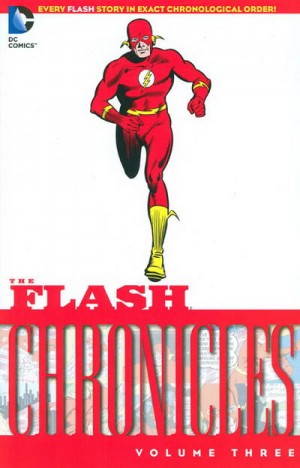 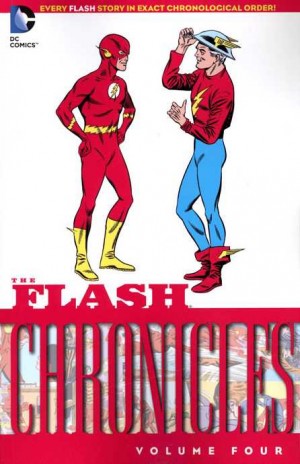