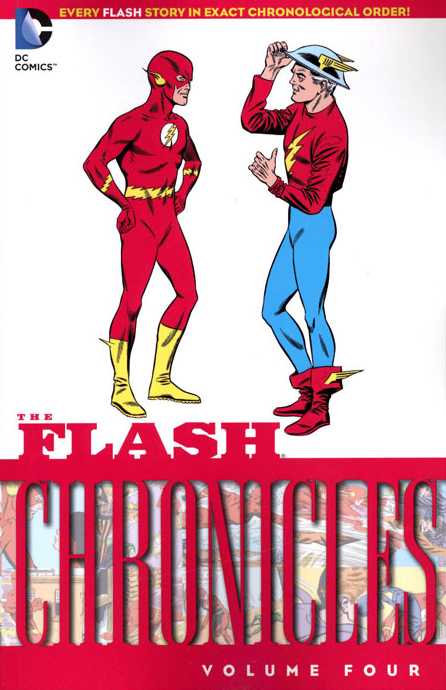 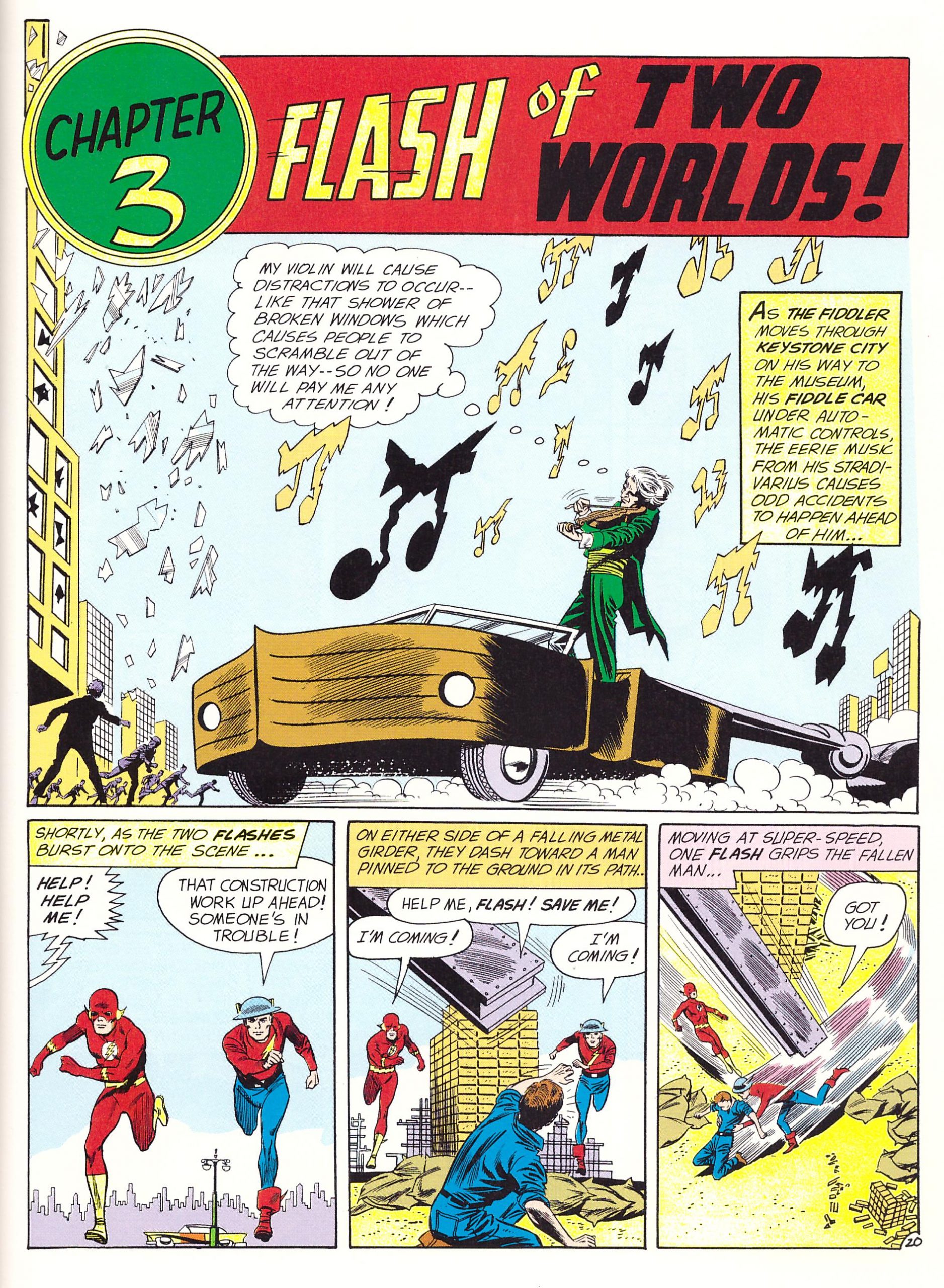 The landmark story reprinted in volume 4 of Flash Chronicles is ‘Flash of Two Worlds‘, introducing Barry Allen to his 1940s counterpart on what, somewhat arbitrarily, was then designated as Earth 2. The ramifications reverberate down the ages to present day DC comics. In addition to delivering a re-invigorated Flash, the story supplied three villains from 1940s comics, the Fiddler, the Shade and the Thinker. Perhaps coincidentally, none of them are costumed per se, the Fiddler and the Thinker sporting suits, and the Shade a black greatcoat and top hat. As with all villains of the day, only their powers and design differentiate one from the other, their characters a secondary consideration.

That’s the only story written by Gardner Fox in this volume, with John Broome contributing the remainder, falling into three broad categories. There are the super villains with their death traps, the science fiction stories, and those involving some seemingly unsolvable problem. It’s the latter type that hold up the best all these years later. All Broome’s stories are plot driven, with no more than a smattering of characterisation, an example being that Barry Allen, the fastest man alive, is continually late for his dates with Iris West. The stories focussing on more emotional issues, including the Kid Flash material, still have a relevance. The best of them in this volume sees Flash help out his old college room mate, tracking down some stolen blueprints and giving the guy a push towards true love in the days when heart throbs were still named Doris.

This far into the Flash series Carmine Infantino had totally adapted to his design-led style, delivering well choreographed action and believable human sequences.

Once again, given that DC had already reprinted these stories in luxurious hardback Flash Archives 3, or the value for money 500 page black and white collections Showcase Presents The Flash, could they not have offered more than six stories for $15? It seems buyers concurred as this is the last volume of Flash Chronicles.