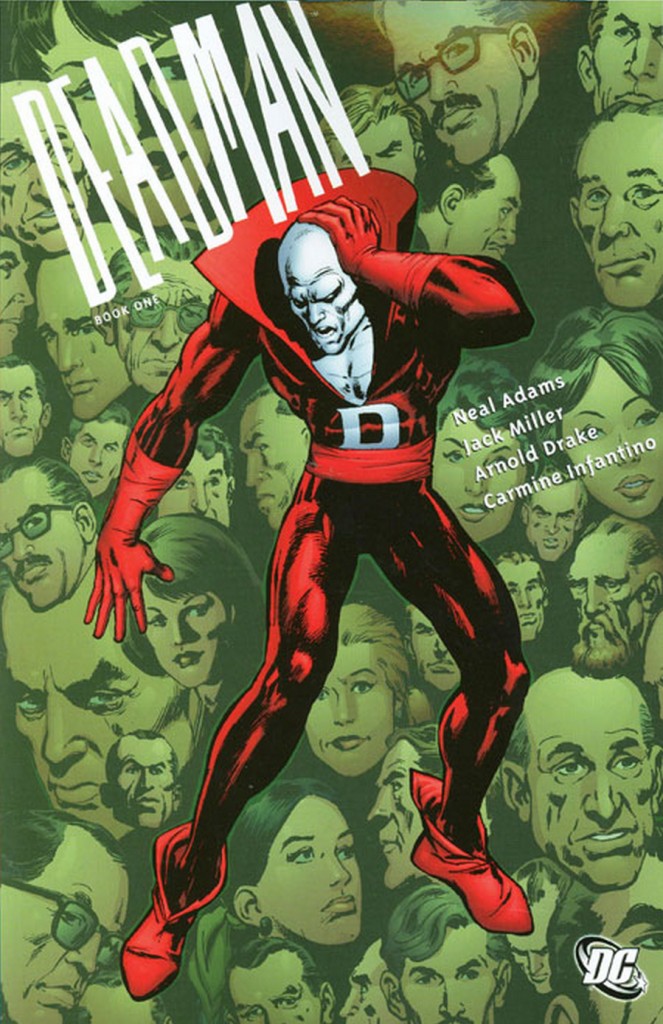 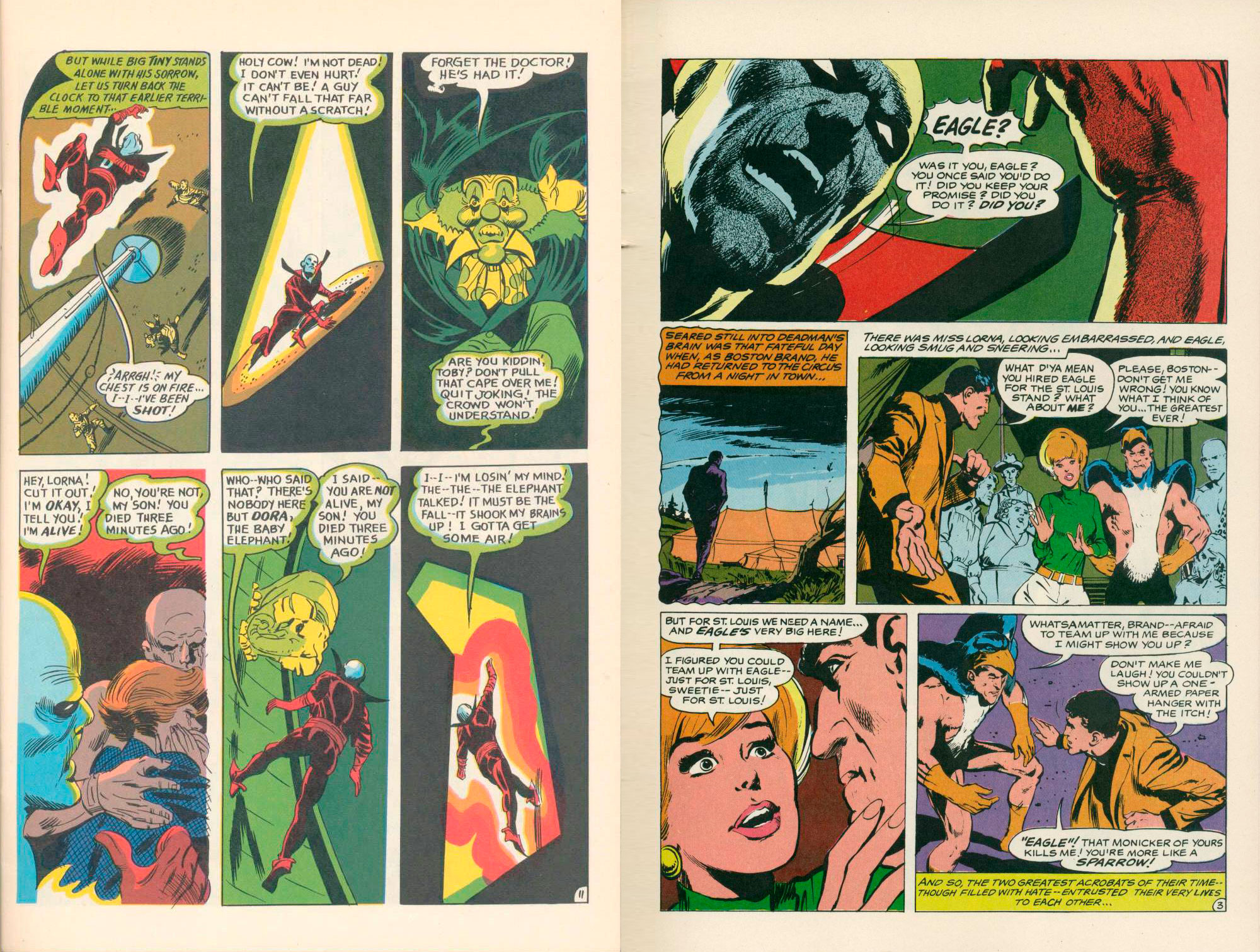 Deadman must have one of the most compelling origin stories in superhero comics. Boston Brand, a hard-drinking, tough-talking guy with one or two friends and quite a few enemies, is the star acrobat in a small circus. One night just like any other, he launches himself into the air from his trapeze and at the peak of his triple somersault he is shot by an assassin with a rifle, hiding in the crowd beneath! He crashes to the ground but somehow, he doesn’t die. Or more accurately his body dies, but his consciousness doesn’t. The skull-like white mask and blood-red costume he wore in his act are now his permanent identity. A ghost who cannot be seen or heard, as Deadman he is given the power to inhabit anyone’s body and control it as if it was his own. Those he possesses have no idea anything has happened to them when he releases them. He has only one objective: to find out who killed him, and why.

Created by Arnold Drake in 1967 with input from Carmine Infantino, the initial story was drawn by Infantino (sample art left), one of the greatest superhero artists and costume designers of the silver age, who creates another of his brilliantly simple yet dynamic outfits here for Deadman. His distinctively stylised drawing gives this story a lot of punch. The raw emotion of a man witnessing his own funeral really comes through in Infantino’s expressionist angular layouts as the strangeness of Boston Brand’s new situation unfolds.

This first volume collects stories originally published in Strange Adventures, an anthology title that featured a lot of different characters during its tenure. Infantino provided plots for writer Jack Miller to script, and Neal Adams began his first run on a superhero title, turning in some beautifully rendered, photo-crisp and inventively laid-out work that established him as a major talent for the next decade. The ingenious premise allowed for stories to be set in any location and with a different cast in every issue, as Deadman had to wander far and wide tracking down clues to the identity of the man who murdered him. Adams was more than equal to the storytelling challenges (sample art right). Even though the stories themselves are quite dated now, and much of the dialogue is very corny to modern ears, his extremely vivid, pop-art-style page layouts and dazzling figure-work more than make up for it. It’s easy to see how he would influence a generation of comics artists, and by the standards of the time, this work must have hit the somewhat more staid DC set-up like the proverbial bomb. Book two wraps up Adams’ work on this book and provides a conclusion of sorts to the first cycle of adventures.