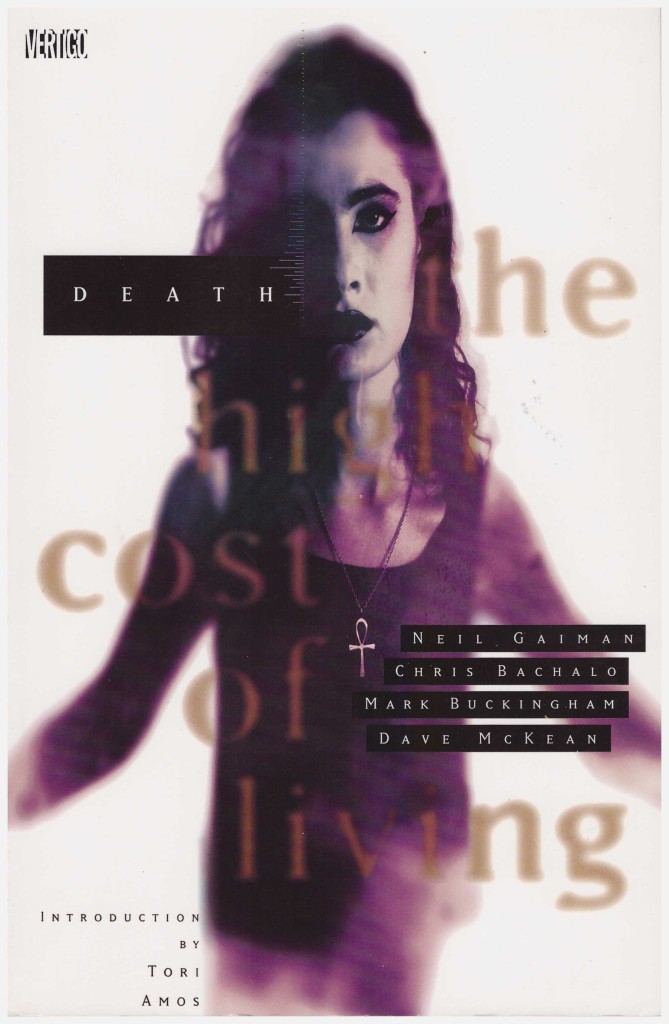 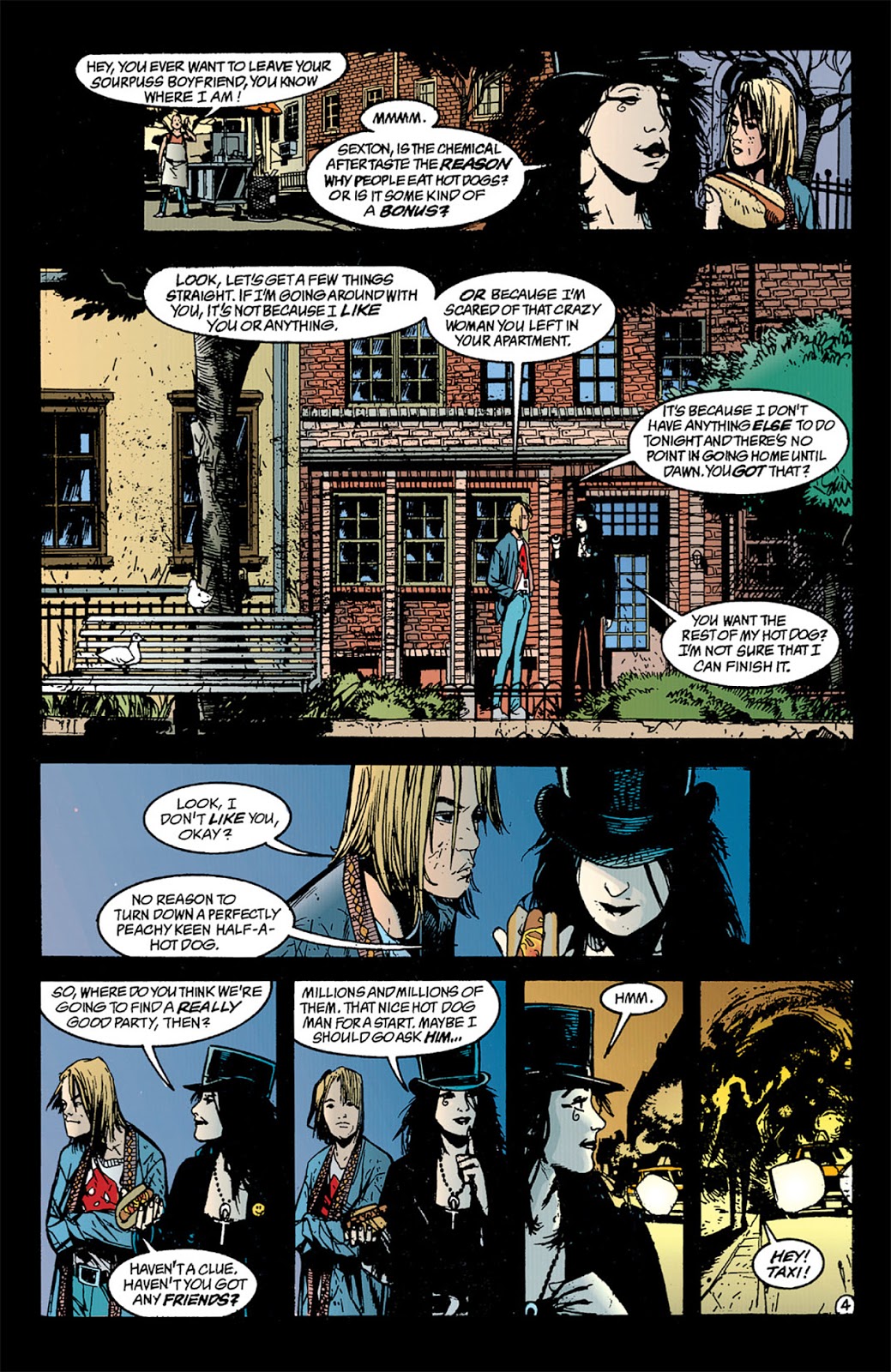 As introduced early in his Sandman series, Neil Gaiman’s version of Death updated the alluring female personification of the process as previously seen in comics. She was now a pallid and attractive Goth type in a black vest or singlet with distinctive eye make-up, and her understanding personality belied her purpose of ushering the unwilling into eternal sleep. More open and less mysterious than Sandman, she achieved instant popularity.

The High Cost of Living was the first attempt to weave a longer story around her. It introduces an interesting concept about Death (the personification) not revealed until the third chapter, and opens with sixteen year old Sexton Furnival composing his suicide note. He’s bored, but when a brush with death occurs it’s not as alluring as expected. He’s freed by a very familiar looking attractive, pallid young woman in a singlet prone to seemingly whimsical statements. A neighbour tells him her entire family recently died.

Added to this pair is bag lady Mad Hettie. She’s over 250 years old, crochety, and able to look after herself by mystical means. She locates Death, and coerces her into a quest for something she hid centuries previously somewhere now forgotten. Death’s manner of location is just to follow her instincts, revelling in every small experience along the way. There’s also someone else targeting Death, and their intentions are less charitable.

Gaiman delivers characterisation via charm and whimsy, and it works. Sexton is perfectly pitched, never quite comprehending the entirety of what Death, or indeed others, tell him, and Death is accepting and charms everyone to the point where she never has to pay for anything. Mad Hettie is more the cipher, but that’s intentional. He also drops back in on two characters from his Sandman cast, Foxglove and Hazel who’ll feature prominently in another outing for Death, The Time of your Life. It’s quite the neat trick to pull off an affirmative story of life starring the personification of death.

Chris Bachalo, as inked by Mark Buckingham, is a versatile and adaptable artist, scratchy and murky for the most part, yet clean and decorative when required. There is an occasional inconsistency in maintaining a cohesive look for a character, particularly Hazel, but the dynamic layouts and full panels render this a passing problem.

A footnote is that when originally published as individual comics, the opening issue launched the Vertigo imprint in 1993, and the book closes with another oddity titled ‘Death Talks about Life’. It’s a seven page tale drawn by Dave McKean publicising safe sex, and dating from an era when there was greater ignorance about AIDS. Gaiman pitches it correctly, never sinking into heavy-handed preaching, and it’s probably John Constantine’s most embarrassing cameo.

Both this story and its sequel can also be found in the hardback, slipcased Absolute Death and the subsequent paperback volume with the same content Death: The Deluxe Edition.