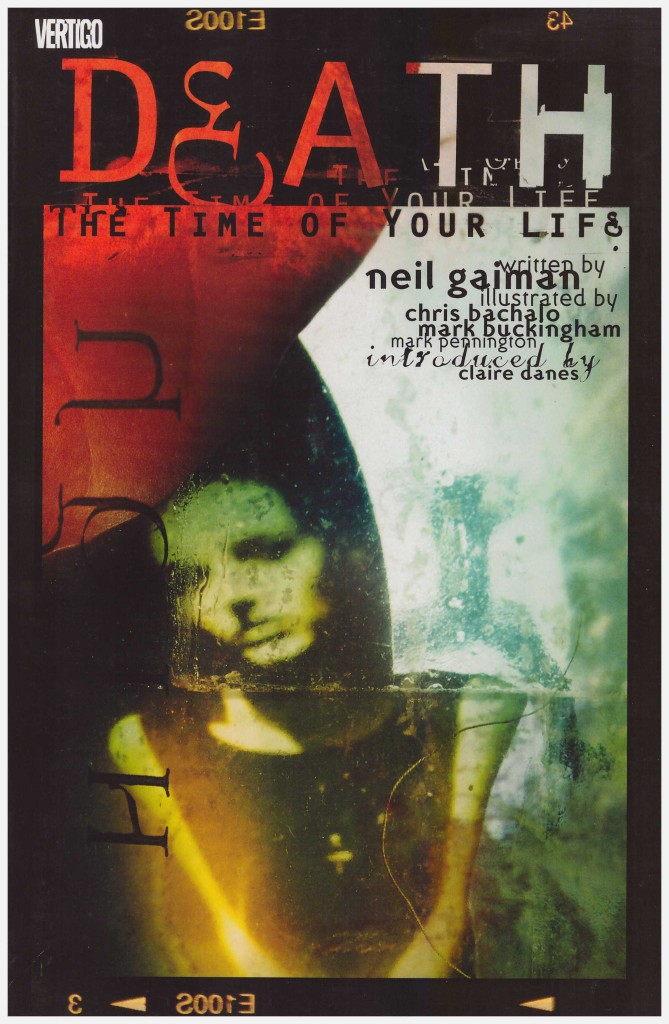 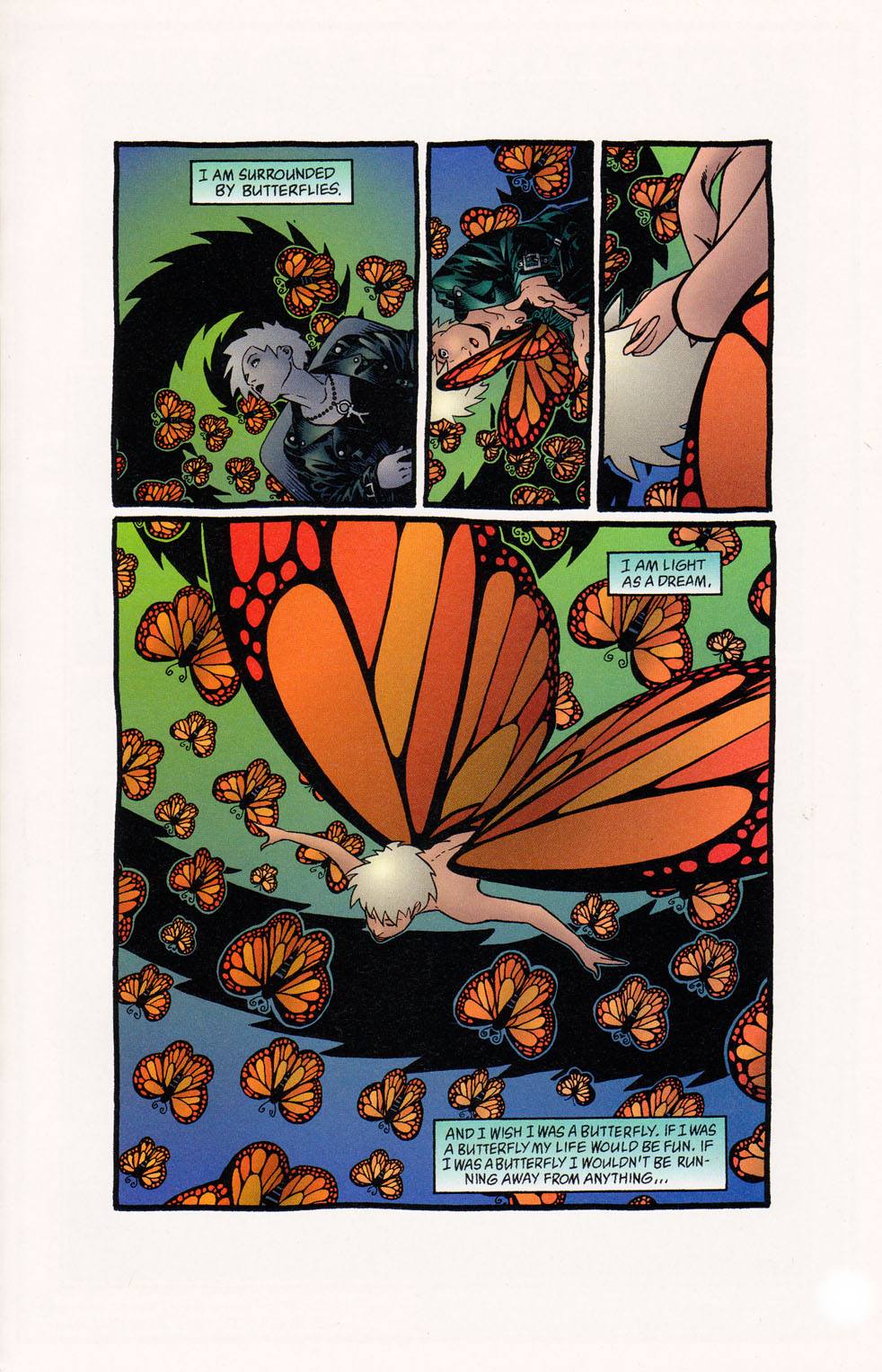 Neil Gaiman’s version of Death updated the alluring female personification of the process into a pallid and attractive Goth type, whose understanding personality belied her purpose of ushering the unwilling into eternal sleep. More open and less mysterious than Sandman, she achieved instant popularity.

The Time of Your Life concentrates on lesbian couple Hazel and Foxglove, previously seen in Sandman: A Game of You, and provided a cameo role in this story’s predecessor. Foxglove’s career has progressed considerably and she’s now a recognised singer. This causes complications, not the least being that someone who’s become known for baring her soul must sublimate her true identity for commercial reasons. Hazel is referred to as her housekeeper.

The opening chapter follows Foxglove in New York, and it’s not until the concluding page that the title star first appears. By this time there’s already been a demise and Foxglove has received an unequivocal message that she must do as Hazel says, not realising this comes from beyond the grave. Unlike The High Cost of Living, Death is more peripheral character until the final chapter, up to that point merely a sounding board, and those expecting mystical or horror elements are likely to be disappointed. This is very much a human story with a few trinkets cast upon the waters to satisfy the Sandman audience. Have some faith, though. The story Gaiman weaves around Foxglove and Hazel is compelling enough to render this irrelevant, and Death’s role is ultimately fundamental.

The art team of Chris Bachalo and Mark Buckingham are retained from The High Cost of Living, working overtime to break down a very wordy script sometimes requiring sixteen small panels per page. Bachalo is improved, decorative and diligent, but it appears to have been too much, and midway through the then little known Buckingham takes over the pencilling. Bachalo introduces a fine contrasting motif of Monarch butterflies, and illustrative collage pages to break down the dialogue, both continued by Buckingham whose transition is so smooth were it not for the credits many might not realise. This is one very fine looking story.

Despite the word count, it’s also as compact a tale as Gaiman ever produced for his Sandman characters once success bred light-touch editing. The limitation to three chapters prevented a tendency for Gaiman to meander like the country bus that marred his later Sandman material. There are many delightful passing touches that build characters (a boxer shorts ad, a fake Jewish personality), and when the dynamic conflict of the story – it’s emotional, by the way – is reached in the final chapter we care for a vivid cast. It’s a job very well done.

Both this story and its successor can also be found in the hardback, slipcased Absolute Death and the subsequent paperback volume with the same content Death: The Deluxe Edition.