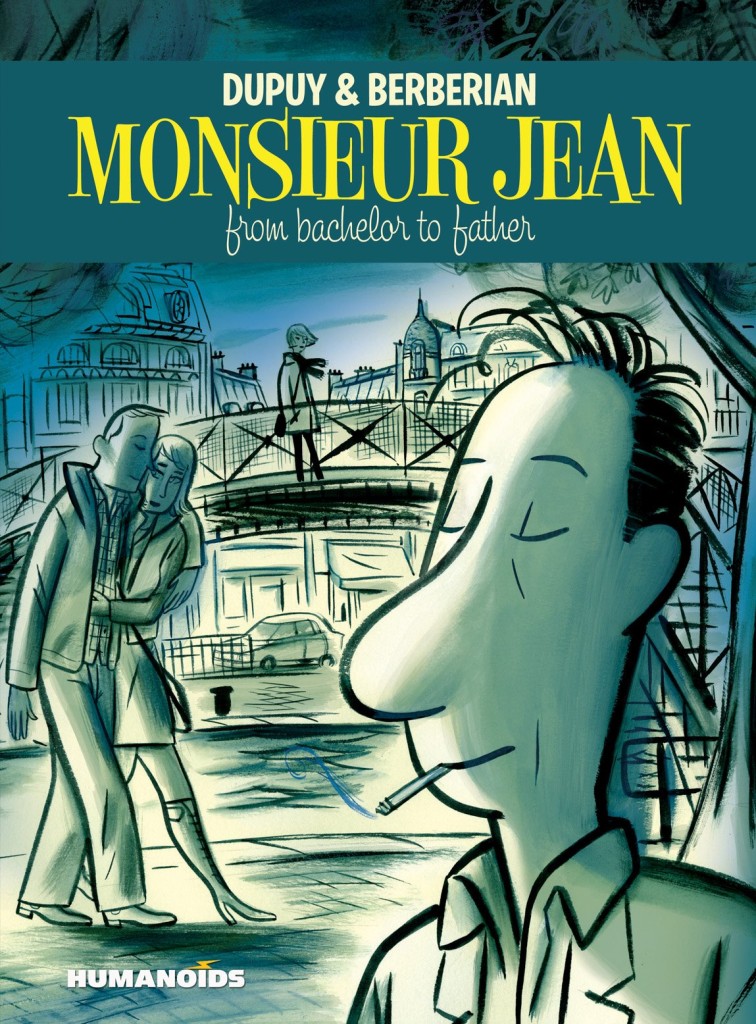 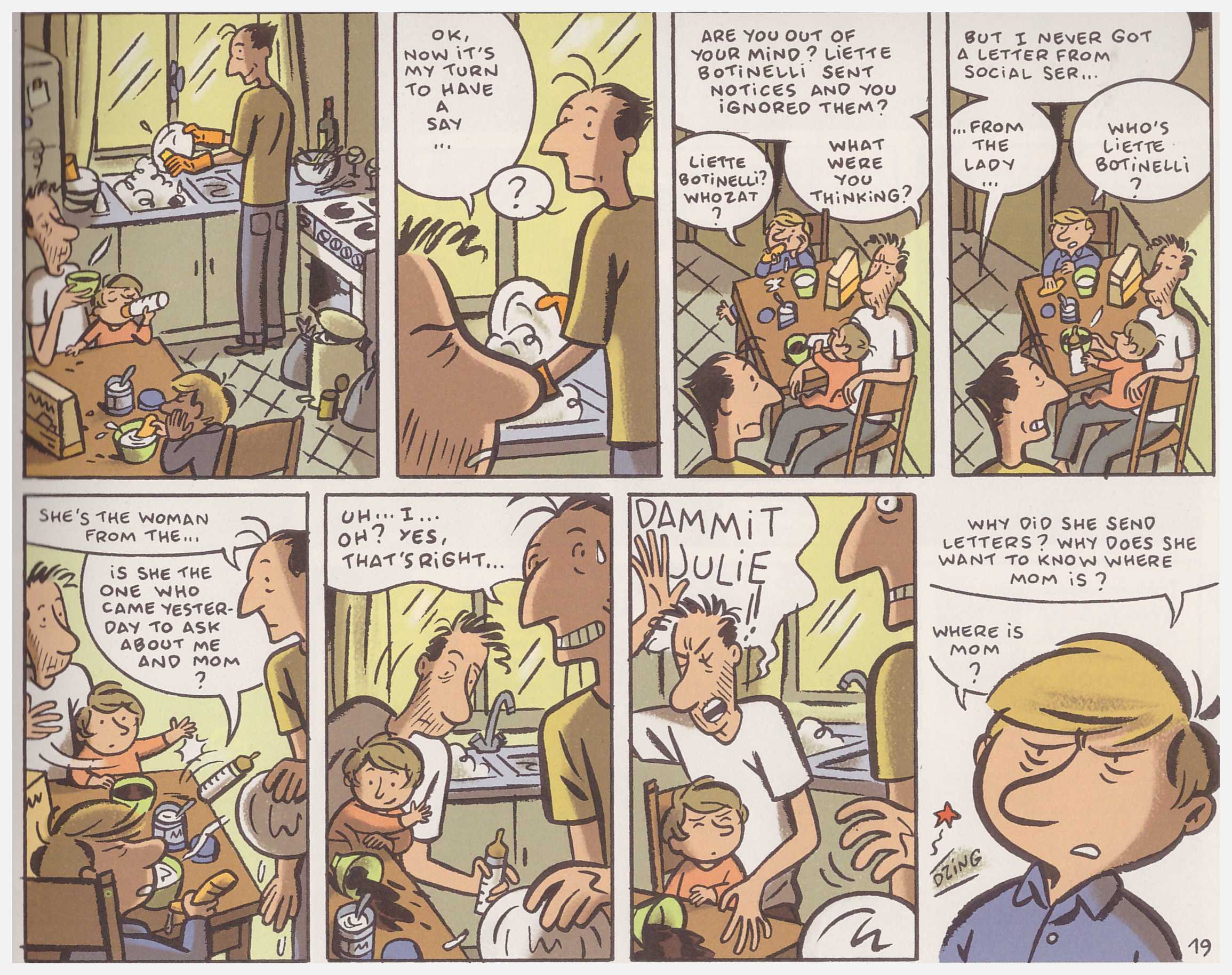 This hardback collects the first five Monsieur Jean albums by French creators Philippe Dupuy and Charles Berberian. They’re the ongoing dramatisation of the lives of Jean and his circle, and very astute social comedies rooted in Parisian culture. They’re excellent.

In the opening pages Jean is in his late twenties, a writer who’s just published his first novel to largely positive reviews. He’s single, and lives on the top floor of an apartment block housing a formidable concierge who frequently appears, and women slip through his fingers. His writer’s mind is prone to constructing internal dialogues and elaborate fantasies, all illustrated, and most frequently involving soldiers in battle scenes or a mediaeval castles, both reflecting the boy within.

Various friends appear, but the standout among them is Felix, basically good natured, but far more a drifter than Jean. He’s unreliable, manipulative and selfish, yet it’s also apparent that Jean’s life wouldn’t be as rich without his disruptive presence.

As the subtitle promises, there’s considerable progress in Jean’s life, as he ages with his authors, who channel their own anecdotes and experiences into his life. There’s a brilliant sense of comic timing, as by the material from the second volume the shorter stories are building on each other, with repeated motifs and references. The final short story is masterpiece of comic tension as Jean meets the girlfriend who dumped him ten years earlier.

Dupuy and Berberian share all creative duties on the stories, and their artistic partnership is a total collaboration, not the American method of pencils and inks. Those interested can acquire an insight into their unique working practices in the autobiographical Maybe Later, produced during the making of the final book of shorter stories here. Their cartooning is glorious, deceptively simple, yet providing the full emotional range in a style evoking New Yorker cartoons of the 1950s.

The final two stories are full length albums, the first of which won the coveted grand prize at the 1999 Angoulême Comics Festival. It’s the well-observed social comedy we now expect as Jean comes to terms with his life, while his girlfriend reconsiders their relationship away in New York. His novel is progressing at glacial pace, he’s encumbered with responsibility for his injured flatmate’s incontinent child, and his choices are influenced by an ancient Chinese fable and a possibly fictitious story of a painter in the 1930s. It’s an endearing concoction.

As is the following novel, starting and ending in New York, but the bulk taking place in Paris where we’re given a greater insight into Felix, his family and the danger of losing the child he loves. Jean simultaneously stands at a couple of metaphorical forks in the road. Much is counterpointed by reference to an old comedian, unknown outside the French speaking world, yet immediately comprehensible as an archetype. These stories are rooted in French culture, but to English speakers that should provide exoticism rather than a block. The people so expertly crafted within are universal.

A wonder of these stories is that they’re consistently charming and make their points efficiently in an environment entirely free of irony or malice. The plot construction is superb, and it’s a rare character that you don’t sympathise with in some respect.

Those who prefer can find the short stories collected in a smaller format hardback edition titled Get a Life, while the full length albums are surrounded by much other first rate material in the anthologies Drawn & Quarterly volumes 3 and 5.