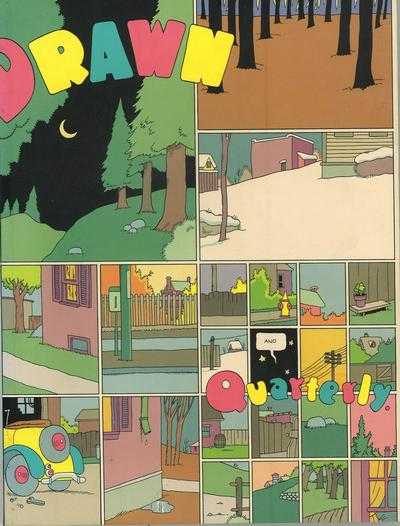 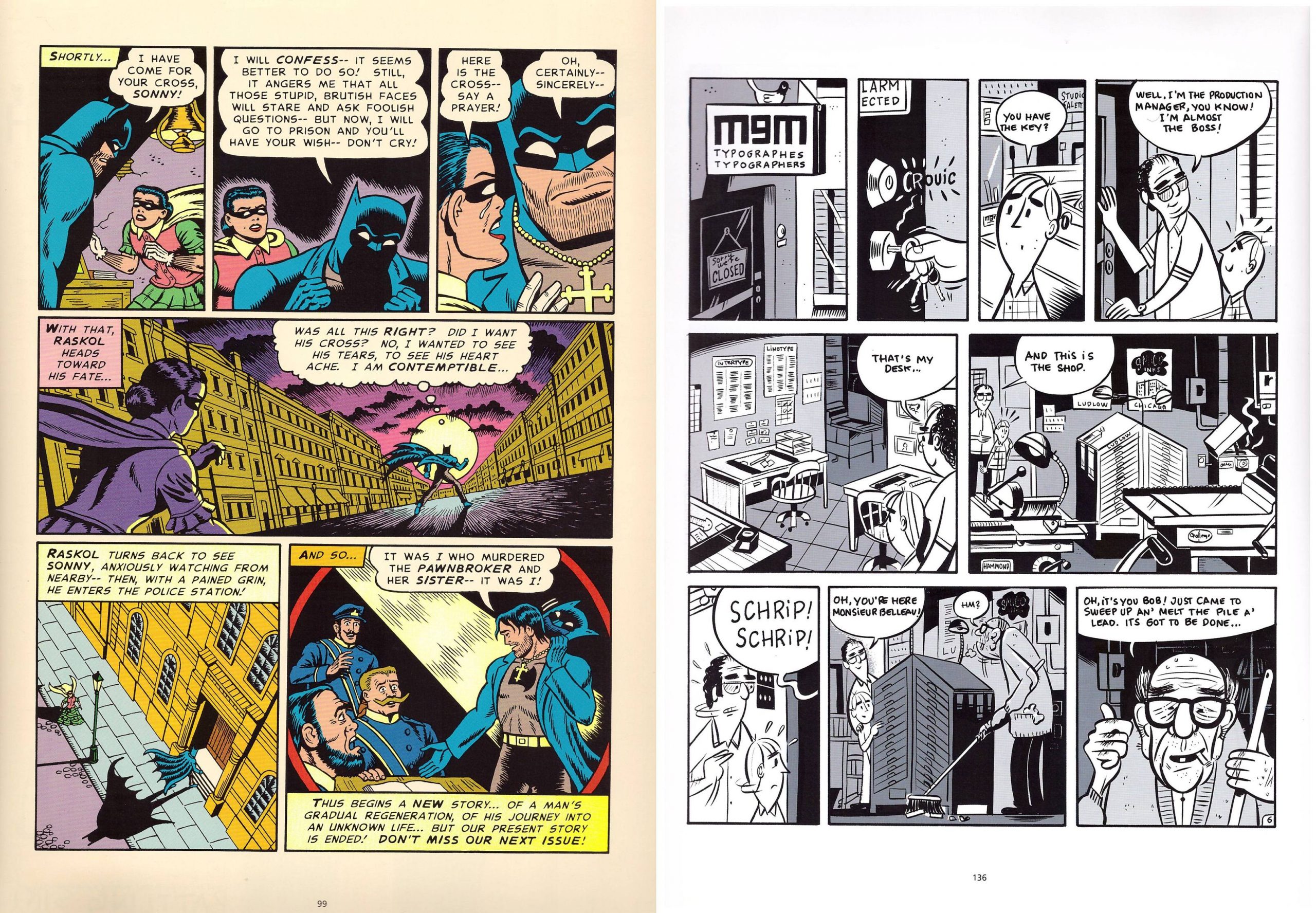 Drawn and Quarterly began publishing with an anthology magazine that followed the principle of the imprint’s name. That ran for ten issues over three years, and was succeeded by a slightly thicker volume two running for six issues, also over three years. Highlights from those runs can be found in The Best of Drawn & Quarterly.

With volume three publisher Chris Oliveros upped the ante considerably with a lavish oversize squarebound package. It’s beautifully designed, with a wraparound cover and endpapers by Chris Ware celebrating the glory that was the Gasoline Alley Sunday newspaper strip at its pastoral best.

The package also solved the problem of serialising work that wouldn’t be completed in print for over a year. Only eleven strips fill the 175 pages allowing for meaty chunks, an example being the publication of what was a complete Monsieur Jean album in France.

Oliveros had been an early enthusiast of Phillipe Dupuy and Charles Berberian’s work, and previous Monsieur Jean material appeared in earlier volumes. This was their first full album and won the grand prize at the 1999 Angoulême Comics Festival. It’s a well-observed social comedy as Jean comes to terms with his life, while his girlfriend reconsiders their relationship away in New York. His novel is progressing at glacial pace, he’s encumbered with responsibility for his injured flatmate’s incontinent child, and his choices are influenced by an ancient Chinese fable and a possibly fictitious story of a painter in the 1930s. It’s an endearing concoction.

R. Sikoryak’s mimicry of Dick Sprang’s Batman art would be remarkable enough in isolation, but it pales beside him compressing Crime and Punishment into ten pages under a faux Dostoyevsky Comics cover. His Raskov (rather than Raskolnikov) is Batman, murdering the pawnbroker Joker, then playing out the mental torment and ethical issues of Dostoyevsky’s masterpiece. It’s a stunning pastich, and more can be found in his Masterpiece Comics collection.

Accompanying the cover there are some well chosen Gasoline Alley reproductions spanning the decades of the strip, and followed by Ware’s tribute to creator Frank King. That ‘Paul, Apprentice Typographer’ is only Michel Rabagliati’s second completed strip astonishes, and points toward the later autobiographical volumes Drawn and Quarterly would issue. Jason Little’s three pages are equally early in his career and while accomplished, he’s overly influenced by Ware. He, too, would develop.

Franco Mattichio’s two surreal strips have a dark whimsical quality. The first recalls the early days of wacky animation, while the second brings Edward Gorey to mind. Blutch delivers a piece on the history of boxing, and two pages are devoted to reproductions of work from retired Canadian architect and poster artist Harry Mayerovitch, playfully ruminating on shadows. Perhaps the fifteen pages devoted to Seth’s sketchbook might have been better donated to other material. Not that they’re bad, but neither are they particularly interesting. This also applies to Pentti Otsamo’s opening strip about a couple arriving back from holiday, very much in the ‘then nothing happened’ category.

Mark Lang eventually settled on a career in fine art painting, which is a loss for comics as his five page adaptation of the Jewish fable The Peasant and the Snake, is a beautiful piece of work in black, white and grey. He supplies a warm humanity to the father and son central to the tale, and this is matched by an innate sense of storytelling.

Anthologies always have something for everyone, but rarely do they have so much for everyone. Volume four is almost as good.