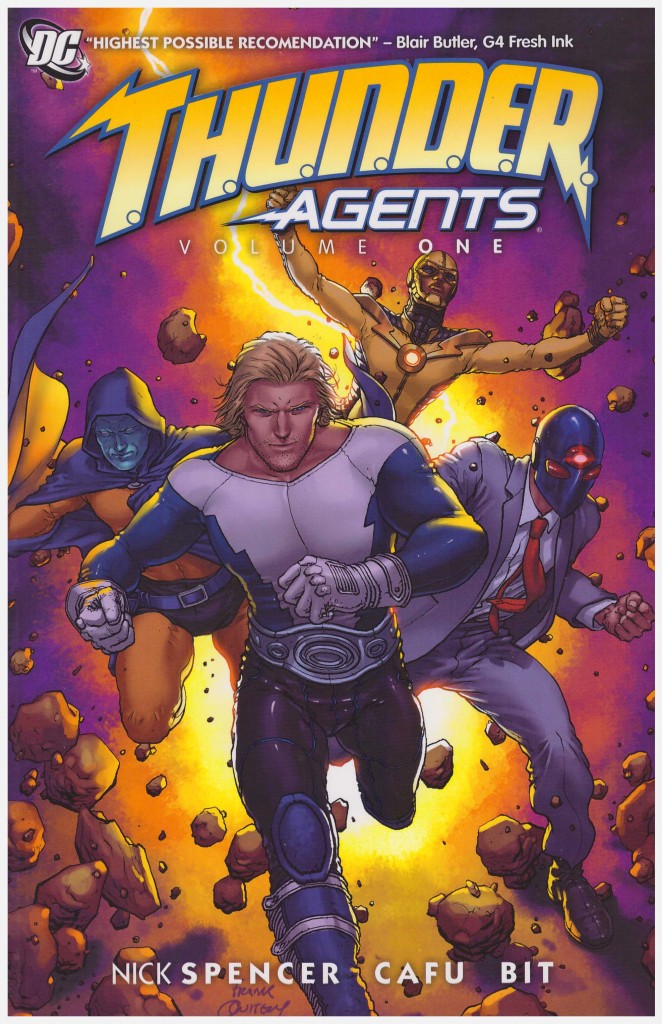 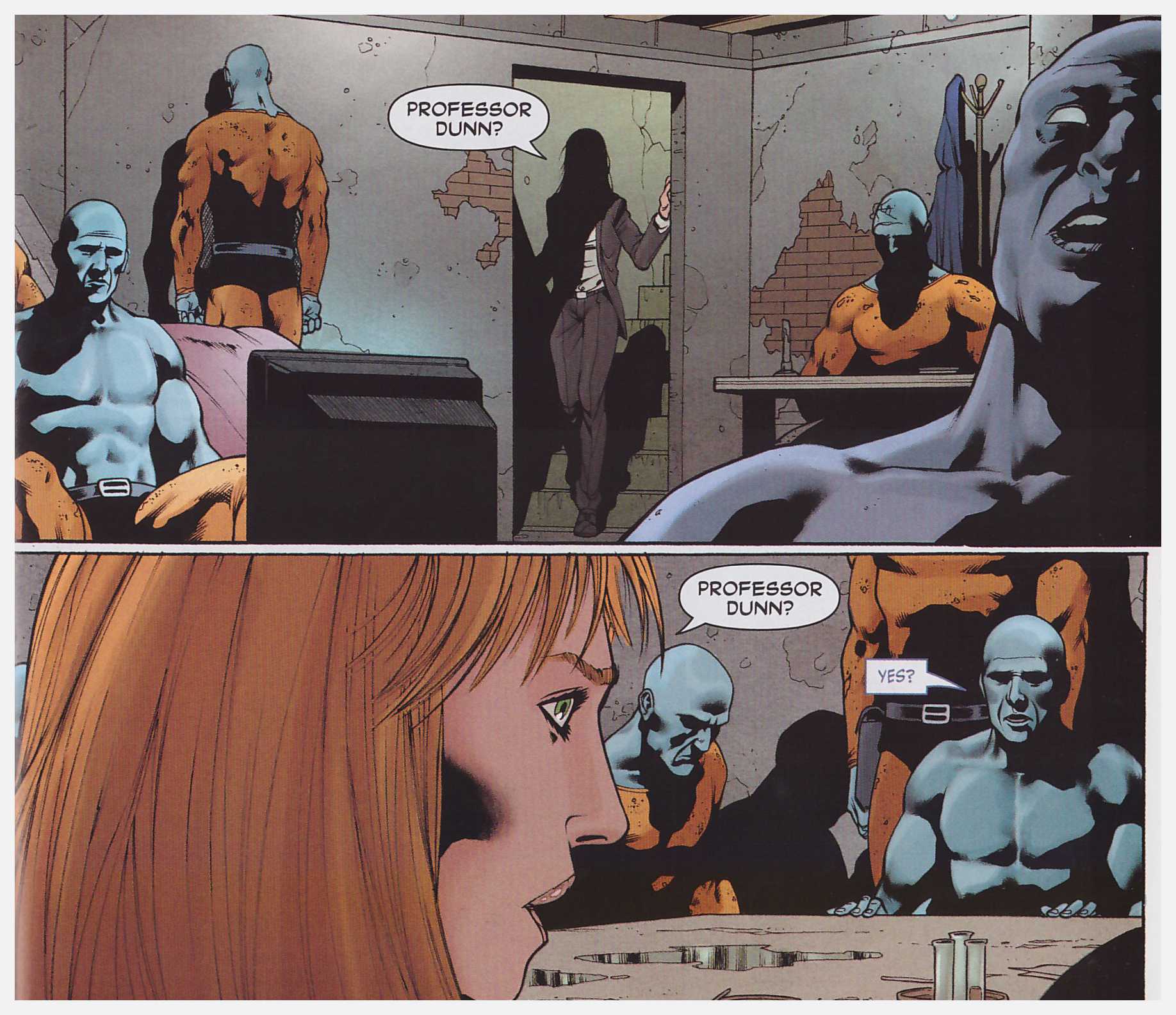 Pretty well every decade since the 1980s an attempt has been made to revive the T.H.U.N.D.E.R. Agents. All foundered for various reasons despite some top talents working on the characters. Has there been some curse laid on them by their late creator Wally Wood?

Well, based on this re-boot, probably not. The reasons for a curtailed series are pretty plain. It must be asked if writer Nick Spencer makes the correct choice in deliberately obfuscating the timelines from the start. Here are a bunch of characters with whom most of the audience will have little or no familiarity, and there are no concessions regarding picking up on the cast. Compounding this, the majority of the pages are occupied by two new seemingly non-super characters, field agent Colleen Franklin, and her new partner, referred to as the Salesman as it’s his function to convince people to serve the cause. Furthermore, with the duration of most newly-introduced series very short these days, was it the best decision to take half a dozen chapters to establish the superheroes? Everything appeared designed to fail.

The great shame of this is that from the start Spencer introduces some excellent concepts. He picks up on the idea from the original series that use of the equipment providing super powers diminishes a lifespan, and presents those selected to wear them in effect being press-ganged as their lives and careers are wiped out. It’s a very 21st century approach, as is his perception of the terrorist organisation Spider. As the T.H.U.N.D.E.R. Agents operate in a cloak and dagger, behind the scenes spy vs spy world Spencer drops in some neat twists, although others stretch credulity, and again, it’s possibly not the smartest choice to have one of the cast comment on this in the opening chapter.

Cafu handles the majority of the art for the first two-thirds of the book, possibly compensating for Spencer’s confusing narrative with solid traditional layouts. He has a little trouble with perspective, and both lead characters have unnaturally piercing eyes. Assorted guest artists contribute sections set in the past as the agents are recruited, most frequently Mike Grell, and towards the end of the book sequences featuring the original 1960s Dynamo and Iron Maiden are charmingly illustrated in period style by Nick Dragotta.

By this stage Spencer’s storytelling is more linear, but he’s entranced by Colleen Franklin to the detriment of all other characters. He’s lost the quality of Cafu, replaced by the woeful Dan Panosian whose scratchy style and jagged layouts and distorted figures are painful to see.

There was a follow-up series published by DC, but never collected, and the publication licence then switched to IDW where Phil Hester tried his hand at the cast.