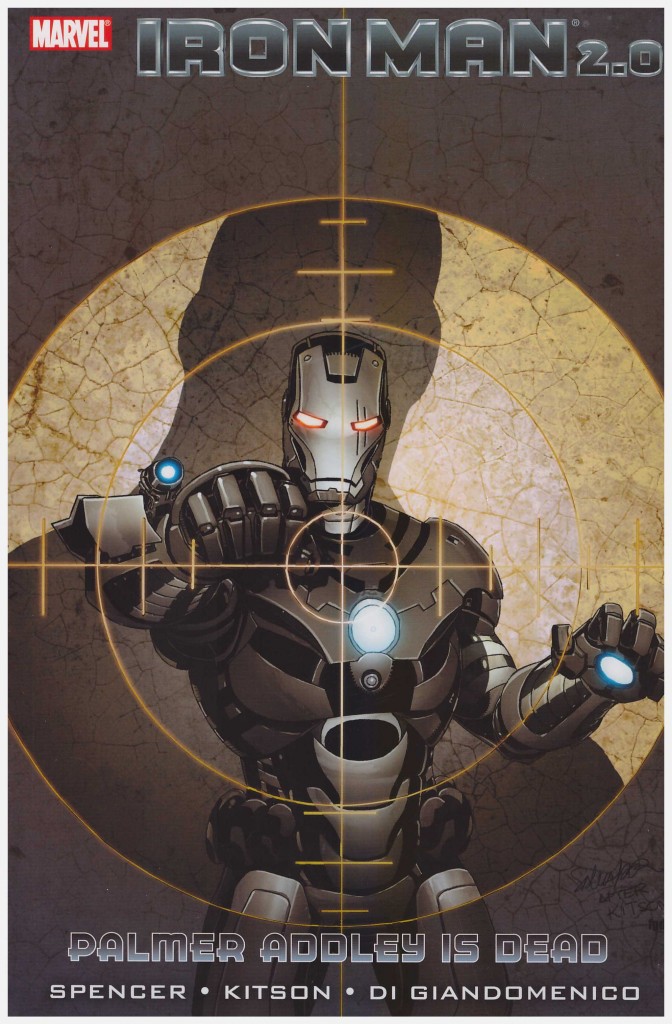 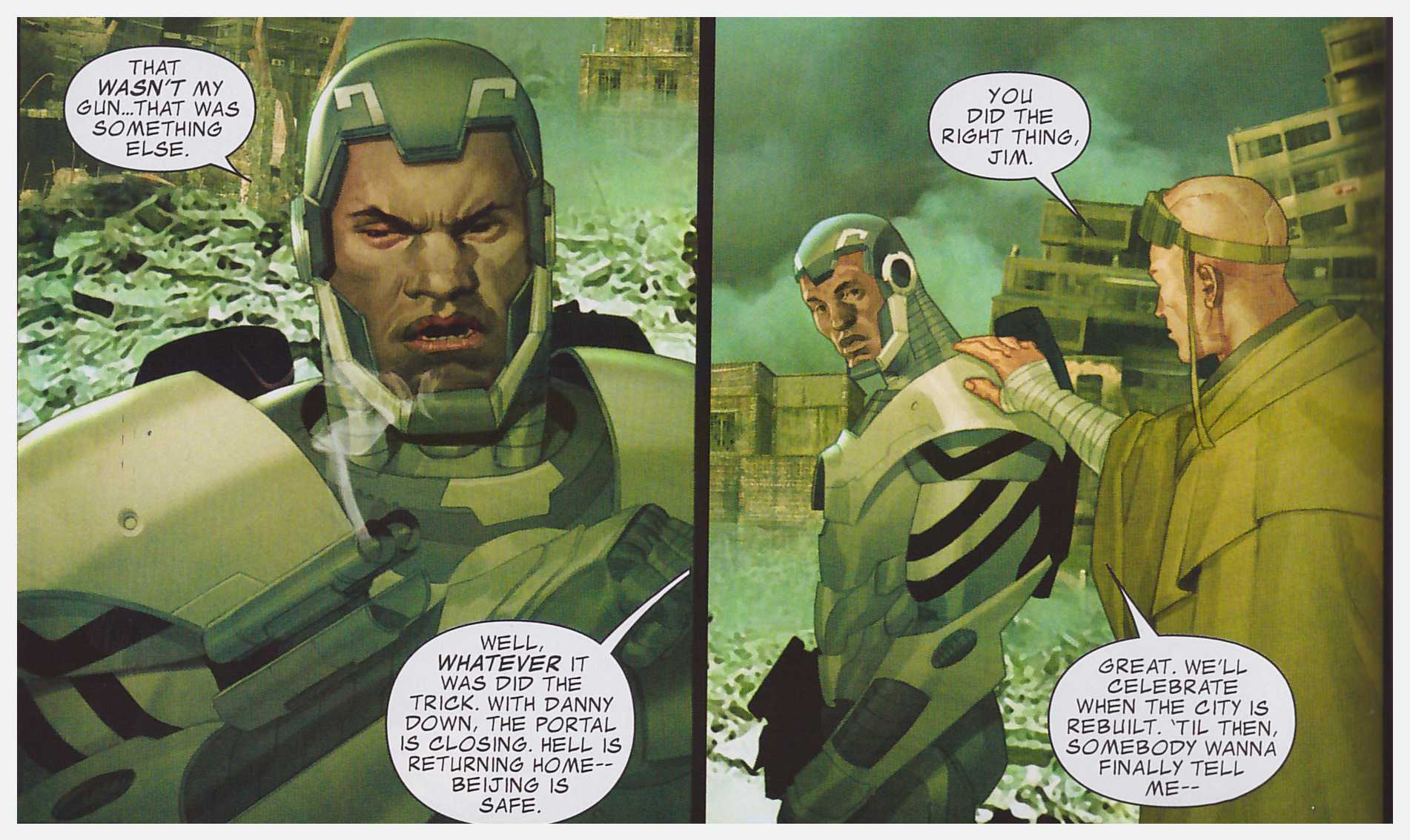 Iron Man 2.0 was the hero formerly known as, and then again known as War Machine. James Rhodes here assumes a role more aligned with his appearances in the Iron Man film franchise, co-opted back into the military. He’s not popular at Mackelroy base, having led an attack on it to clear rogue elements that nonetheless had a devastating effect on the local economy.

Central to the story, and indeed mentioned in the title, is one Palmer Addley, a former defence contractor specialising in nanotech robotic systems. His research was highly secretive, he committed suicide, and a few months later all the systems he developed began crashing with devastating consequences. Messages then start appearing in assorted forms noting ‘Palmer Addley is Dead’. The key to this mystery is none too subtly revealed in the opening chapter, yet it’s dragged on way beyond this opening volume, which takes a swerve to cross over first into events of Fear Itself, then the back history of Iron Fist.

There are occasional scenes where writer Nick Spencer struts his stiff extremely well. The second chapter is good overall, opening with the terrifying appearance of a suicide bomber, and re-introducing very capable cybernetic researcher Suzi Endo, and he delivers a later chapter consisting of little other than research into Palmer Addley which is, surprisingly, the highlight. This is balanced by the sense of frustration as his plot sprawls all over the place, with very little concluded by the end of the book.

The art is similarly variable, starting with the straight superhero stylings of Barry Kitson mixed in with the tech-loving Carmine Di Giandomenico and Kano, with Ariel Olivetti seemingly not worthy of a cover credit despite contributing the greatest amount of pages using his painterly style. The story continues in Asymmetery.