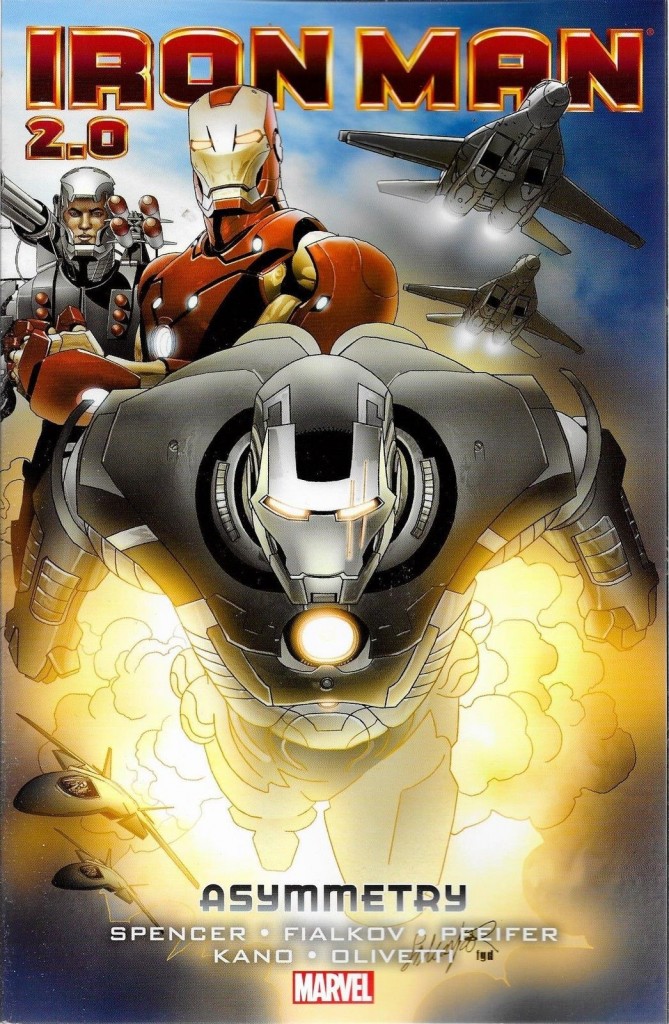 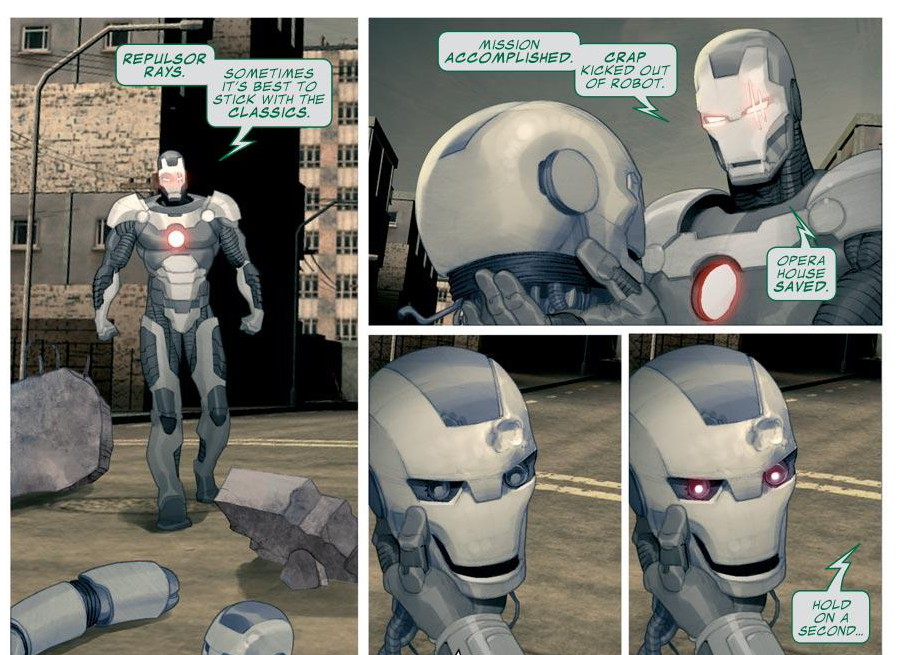 The opening chapters here are very much a case of what might have been. After struggling through the meandering sprawl of Palmer Addley is Dead there were surely far fewer on board to see Nick Spencer conclude his plot in Asymmetry, and that’s a shame. Without having to shoehorn crossover material into his story, Spencer and painterly artist Ariel Olivetti deliver a structured mystery with plenty of armoured action.

The background to the plot is that a defence nanotech researcher named Palmer Addley developed significantly distributed technology before killing himself. After his death much of his technology fails with devastating consequences, and giant armoured robots using it attack urban areas. The trail appears to be a dead end when traced to a Michigan housewife.

Addley’s past and intentions are laid out in an interlude chapter before his master plan is revealed as something that can’t be contained by a punch from an armour-encased fist. It needs the best of the Marvel universe to work on the problem, and culminates in, well, what most would want to see.

Spencer’s provided a decent plot, a credible menace, and a desperate situation, while Olivetti delivers high class pages. The problem, though, is that as the end approaches neither creator appears able to maintain a schedule. Spencer’s plots are scripted by Joshua Hale Fialkov and Will Pfeiffer, while an assortment of artists are responsible for the final chapters, with the changing of styles for the conclusion particularly intrusive.

This can currently be bought online for a cent plus postage, and it’s certainly worth more than that.