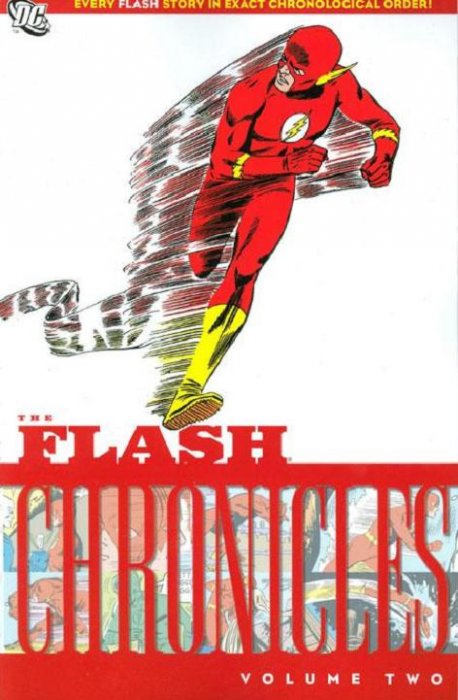 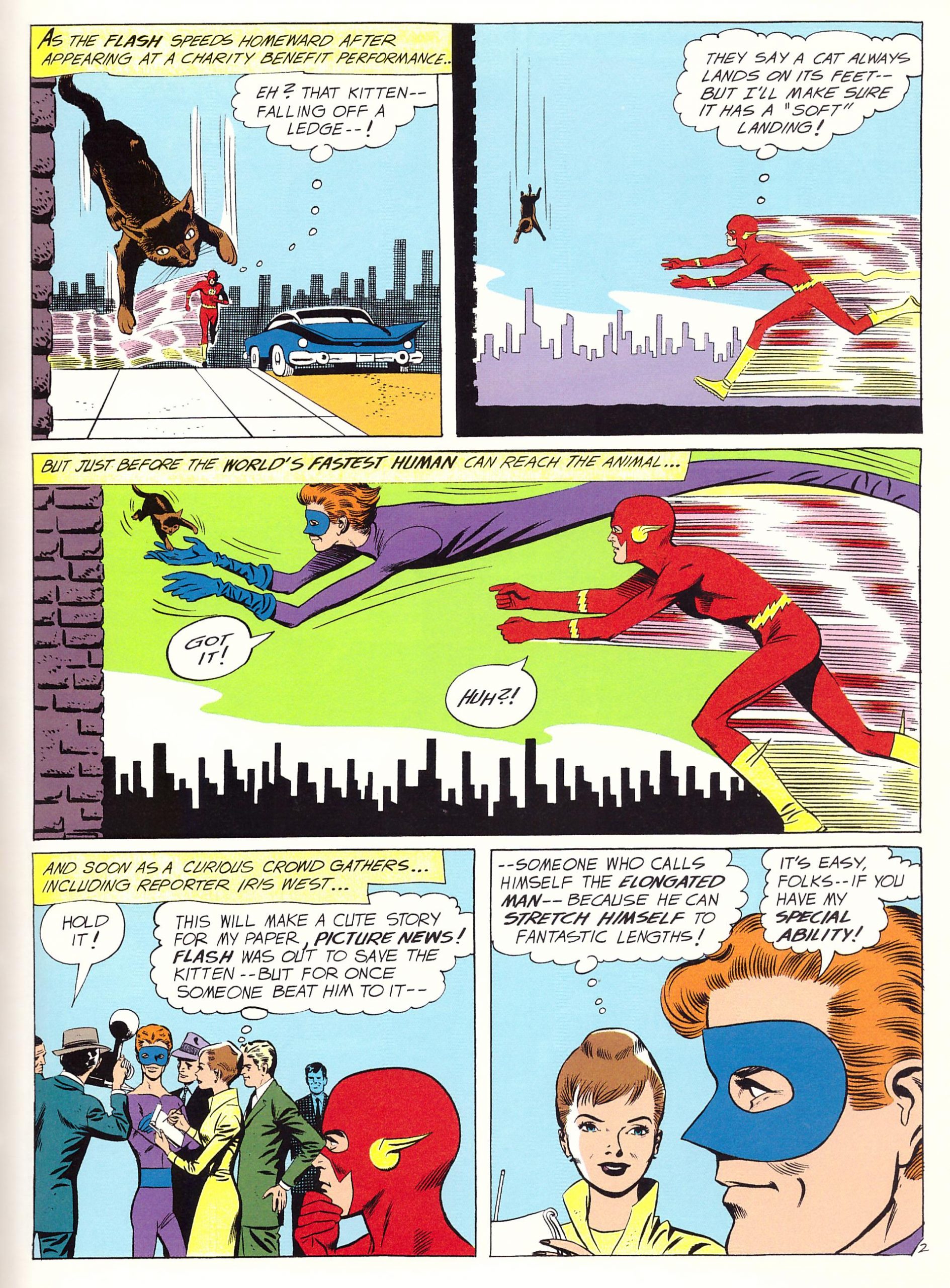 As with other volumes in the Flash Chronicles series, reprinting a mere six issues of stories already readily available in luxurious hardback in Flash Archives or value for money 500 page black and white Showcase Presents The Flash collections seems plain mean.

One of the maxims applied at DC in the 1950s was that a gorilla on the cover spiked sales. Gorilla Grodd had first turned up to plague Flash in the previous volume, and returns in two of the first four stories here. In fact he appeared four times in Flash’s first eighteen months (yet another decade would pass before he doubled that total), but without ever being cover-featured. What’s not to like about Grodd? An evil intelligent gorilla from a hidden society of advanced gorillas, the story potential was immense, and his appearances here are among the better offerings.

Another editorial maxim was that the readers, presumed to be pre-pubescent boys, wanted someone with whom they could directly identify, so DC introduced Kid Flash, Wally West, nephew of Barry Allen’s reporter girlfriend. Writer John Broome’s enthusiasm for the idea was perhaps revealed in West’s origin. The usually meticulous plotter resorted to West being being shown around the police lab where Allen worked when another lightning bolt hit another batch of chemicals, this time showering West who also developed super speed. What are the odds of that?

The Weather Wizard is added to Flash’s growing Rogues Gallery, and the introduction of Elongated Man is also here, delivering an interesting choice. Elongated Man ticked all the boxes for a Flash villain, with his potion induced stretchability certainly enabling criminal activity, yet after an initial misunderstanding he becomes a recurring friend.

Carmine Infantino’s art throughout sparkles, but overall these plot driven stories are unlikely to appeal as anything other than nostalgia to readers used to greater characterisation.