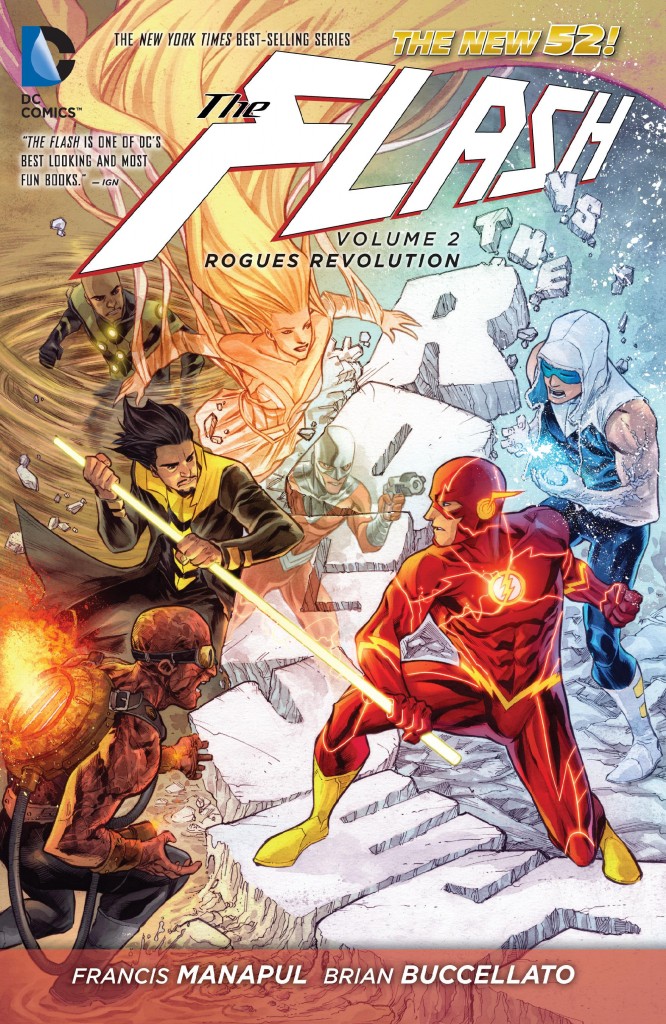 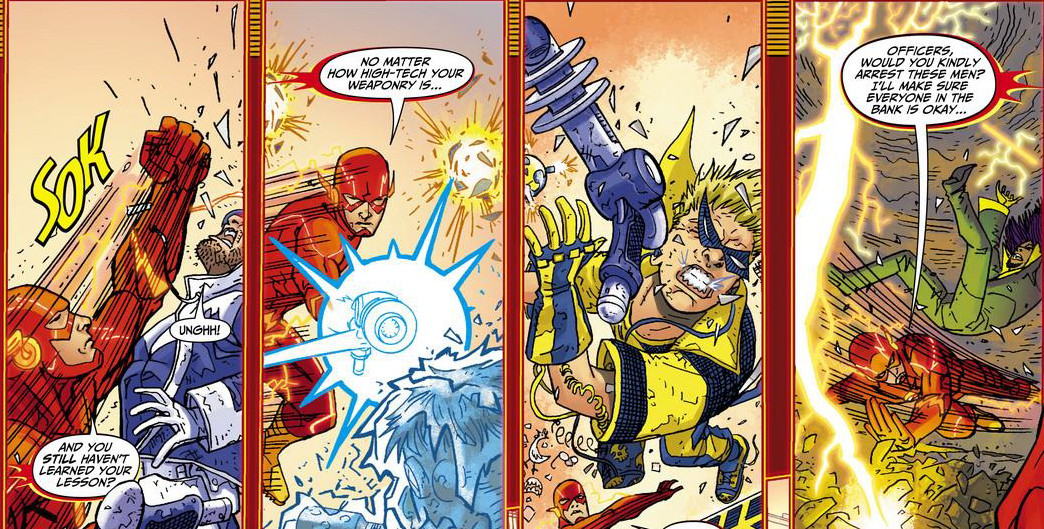 The conclusion of Move Forward saw Flash deposited in Gorilla City, where Grodd had just assumed control in excessively bloody and violent fashion, and it transpires the speed force and the lightning have some relevance here as well. Not that Grodd is particularly concerned. His priority is eating the Flash’s brain to consume his knowledge. No, not very pleasant, but Grodd’s more prominent overall in the following volume Gorilla Warfare.

It’s the Rogues that take precedence here. As is the case with the Flash, several have been re-booted, while others remain relatively true to their previous incarnations. The most radical makeover is applied to the Weather Wizard, not in terms of power, but identity, as he’s now the head of a crime syndicate. Mirror Master has a new identity, but is otherwise much as he was. The difference for him is he now operates in a completely different environment, one that ultimately makes him a weaker character, which is a shame. There are frequent comments as to how the other Rogues have fallen out with Captain Cold, but the reasons for that aren’t revealed until the final chapter of their story.

The temptation for writers Francis Manapul and Brian Buccellato must be to only slightly re-jig what has gone before, but they’re admirably resistant. Having established a relatively familiar world in their opening volume, they pull it apart here, leaving Barry Allen in a very different place. Nowhere is this more apparent than in their origin story for this re-booted Barry Allen. Yes, there are familiar elements, but the story weaved around them is poignant, with several lovely touches.

Manapul provides less art in this volume, but none of the stand-ins are unwelcome. Scott Kolins reprising his Flash by handling a chapter of the Rogues story is particularly heartwarming, and Marcus To also delivers fine super-speed action. Once again, anyone who liked the previous version of the Flash ought to be content with this. It’s combined with Move Forward in hardback as Starting Line.