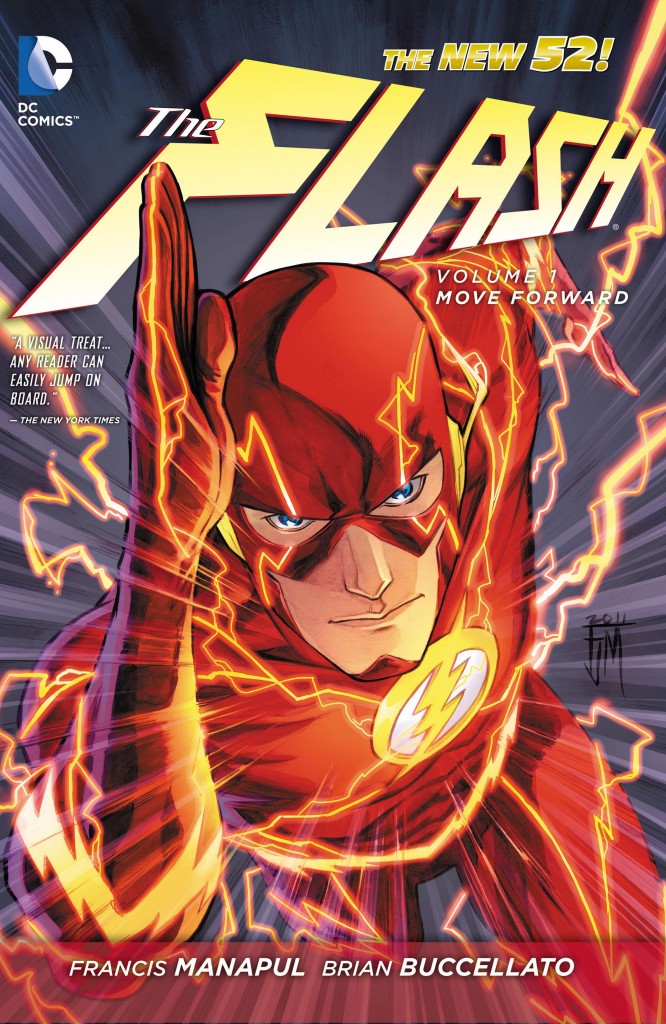 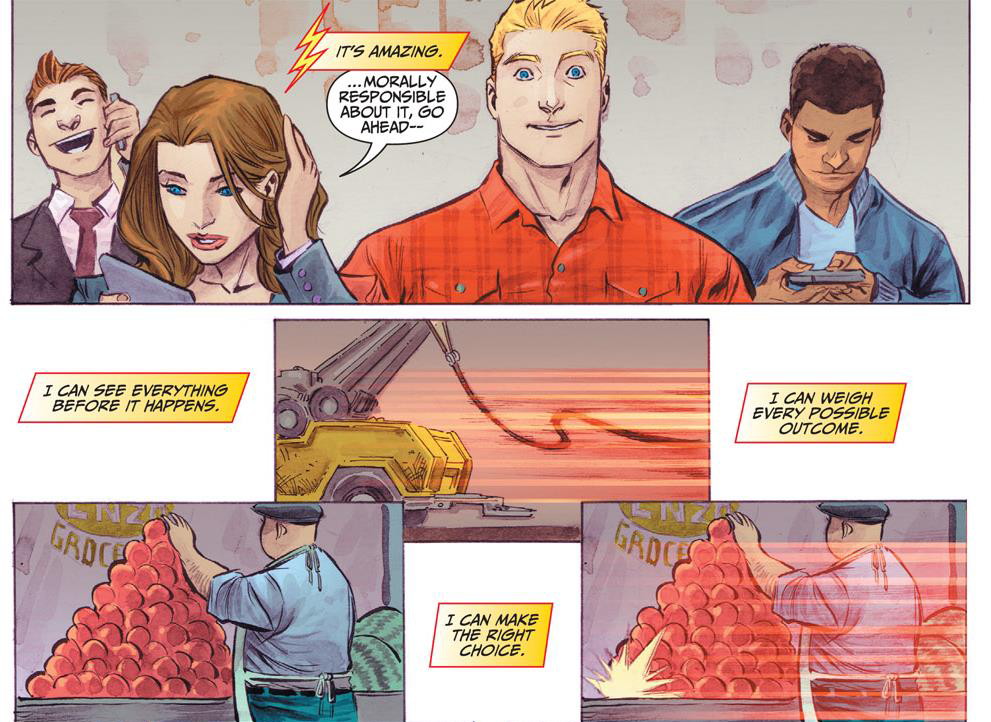 With DC’s New 52 we’re back to police scientist Barry Allen being the Flash. In the opening episode it appears that by not exhibiting precise control over his super speed he’s responsible for someone’s death, never mind that this was one of three masked robbers with hi-tech equipment. When the guy is unmasked he’s someone Barry knows well. There’s an impressive sequence in the second chapter in which Flash analyses all possible outcomes in an instant, arranges matters accordingly, and they play out over the following two pages. And just when you think Flash has everything figured out there’s one shocker ahead.

The story develops into a mystery about clones before an electromagentic pulse sends both Central City and Keystone City back to the dark ages. As in the previous series, the police department numbers among the supporting cast, but Iris West is back to being an efficient reporter willing to risk all for the story. New supporting characters are scientific researcher Elias Darwin and Barry Allen’s old friend and now CIA agent Manuel Lago. The biggest supporting cast, though, were always the Rogues, and many of them are seen here in assorted forms.

Frances Manapul and Brian Buccellato, previously primarily known as an artist and a colourist respectively, team for the writing, then revert to type for their other duties. It’s an effective collaboration, that introduces enough new elements to what people might be familiar with to imprint their own freshness. They also retain the lightness of touch, the fun element that’s been integral to Flash from day one and deliver imaginative new super speed feats. As the volume’s closing chapter we also have an intriguing glimpse into just what the speed force Flash uses is, and how it operates.

Manapul takes an interesting approach with his art, looking back at the late 1960s Flash and incorporating the imaginative layouts used, particularly with his story titles as part of the art. Presuming he’s also responsible for the re-designs, it should be noted that the updating of Captain Cold is an error. Carmine Infantino’s original design was cool in the 1950s, became outdated sometime in the 1980s, but by the millennium it was classic retro. The hood without the fur and the bare arms just cry out “street thug”.

If DC had to wipe away the past and re-boot a new but different Flash, this is relatively sympathetically handled. Anyone who’s enjoyed the better runs of the Flash in the past shouldn’t have any serious complaints, and the story continues with Rogues Revolution.They were later combined for the DC Essential Edition titled Starting Line. 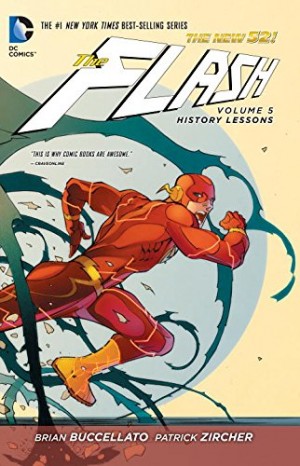